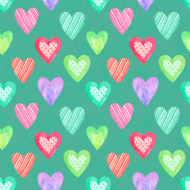 Everywhere
http://www.adropofromeo.blogspot.com
over 1 year ago
wow this is going to sound tragic, but probably my essays? I dunno Christmas isn't really a big deal to me I don't even really want presents eitheri promise i'm not heartless lol

7
0
Forward the question
over 1 year ago
This year: Christmas and skiingNext year: University - Marta

2
0
Forward the question
over 1 year ago
Well, it's winter for me! So this winter I plan to go skiing and have an awesome time with one of the best snow seasons we've had in a while. Woooo!

2
0
Forward the question
over 1 year ago
I remember it clearly: Queen of Glass by SJ Maas. My friend showed me it in the library of my old school years and years ago, and I decided to give it a go. I remember printing out pages of it and reading it on the train! My parents were furious when they realised I kept using up all the ink and paper! - Rosie

1
0
Forward the question
over 1 year ago
SHINE!!!! I have just moved countries and today is the second day in the three weeks I've been here where it's been sunny. Nothing compared to Australia of course, but I miss it! - Rosie(PS - however not much beats curling up in bed with a good book when it's raining outside)

1
0
Forward the question
over 1 year ago
There's a few things I do: meditate, listen to music, watch a movie/tv show, yoga, read a book I've been looking forward to, or I have a lava lamp - watching it can be really soothing.This is a really great site, if anyone is interested: http://www.calm.com/ The "guided calm" works really well. And if you have a smartphone, they have an app too.-Melissa

1
0
Forward the question
over 1 year ago
I've never been big on New Year's resolutions, because they've never been a family tradition and I always see the year starting and ending when school starts and ends anyway.

1
0
Forward the question
over 1 year ago
I am working days Christmas Eve (7-2) at the residential home then onto the Chinese (5-10). Christmas day and Boxing Day sees me doing afters (2-9) at the residential home. So it's a microwave dinner for me and a depressing day seeing how many residents don't get visited by family </3 Mum says she'll pick me up once it's done so I can go to the christmas party at my aunts house though. Yay! Cbox us all your plans!! :)

1
0
Forward the question
over 1 year ago
No. To be quite honest, there aren't any suggestions coming in, so there is literally nothing to review. I have a few suggestions in my on hold pile (about 10?) which aren't long enough to be considered yet, as well as a few (like 2) that I'm in the process of reading. That's all we have. -Melissa

1
0
Forward the question
over 1 year ago

1
0
Forward the question
over 1 year ago
I think it really just takes determination and imagination. My imagination has been insane since I was little, and it was honestly a surprise to me when I found out that creative writing was difficult for some of my school friends. So that's made me wonder many times how important imagination is. If you have that, and you absolutely love what you're writing, the reader will be able to feel that. And determination because its so bloody difficult to write a book! - Rosie

1
0
Forward the question
over 1 year ago
I rarely write in order. It's just easier for me to come back to something later rather than force myself to write something I'm not sure about.I will write whole scenes or parts of scenes out of order. So basically my stories are weird jigsaw puzzles that I put together. It's weirdly easier for me.-Melissa

1
0
Forward the question
over 1 year ago
We Were Liars by E. Lockhart

1
0
Forward the question
over 1 year ago
Buffy, Angel, The Vampire Diaries, Grimm, American Horror Story, Charmed, Reaper, Warehouse 13, The Dresden Files [can't vouch for personally because I've never seen it, but my sister watches it so it can't be terrible].If up for something a bit older, The X-Files is great as well.-Melissa

1
0
Forward the question
over 1 year ago
Melissa: we have 62 books in common and I definitely thought it would be more! Our tastes are 66% similar. I rated Close Protection by Cordelia Kingsbridge 5 stars and she rated it 2, but I already knew that she didn't like it hahaha, and the same thing happened with A Touch of Power by Maria V Snyder (which I recommended to her so I think she's gotten wary of my suggestions!).Marta and I have 62 books in common with a 61% similarity. She didn't like If I Lie by Corrine Jackson, giving it two stars while I gave it 5 stars and put it on my favourites shelf! She also didn't like The Iron King by Julie Kagawa, Hopeless by Colleen Hoover and Cinder by Marissa Meyer, giving them all 2 stars while I gave them 4 or more. We differed a bit!Ali: I'm not too sure Ali's is very accurate, since she's very bad at updating her Goodreads and we also somehow got a 100% similar rating? What the heck. And we only have 15 books in common! But it seems the only book we've both given ratings to is TFioS by John Green, with 5 stars woooo!Helen: We only have 44 books in common, and I expected a lot more! Our tastes are 75% similar and the only book we've both rated is TFioS, same as Ali.So mine wasn't very interesting! Sorry!

1
0
Forward the question
over 1 year ago
I'm a massive series reader because I love the development of the characters that you can see throughout the books. I have loads of favourites but here are a couple...1) The Robert Hunter series by Chris Carter is one of my all time favourite crime series. It's dark, it's grisly and the twists at the end actually leave you wanting the next one out NOW. It's pretty much the only series where I am stood in line for the next book on the first day it's released.2) The Rough Rider series by Lorelei James and this is all thanks to Amy (mwah!). I think I'm on my third re-read now all in anticipation for the final book that's just been released. If you're into erotica, cowboys and an all round good read then I definitely say these are for you.3) Rizzoli and Isles series by Tess Gerritsen. Even before the beautiful duo that is Angie Harmon and Sasha Alexander burst onto our screen as this crime solving duo, I was madly obsessed with the books. The writing was indepth, the cases different and you could feel Gerritsen's medical background seeping into it. Fabulous. The tv series is a lot more fun and light hearted than the books but I am definitely obsessed with both.4) The Women's Murder Club by James Patterson. Patterson is THE crime writer. I mean, who else could release like ten books a year?! His Alex Cross series is massive and addictive but not my favourite. WMC is about four kick ass women solving crime as well as dealing with their personal lives. Some reviewers think his work is starting to lack but with book 13 out this year and with a massive fan base, I think who can knock him? 5) The Gretchen Lowell series by Chelsea Cain. Stockholm syndrome at it's best right here. Detective kidnapped by the murderess he's hunting down and falls in love with her, and we see how he copes with the aftermath of her being in jail and him back on the job in the books. Some of the characters are flaky, the plots can drag on a little bit but I can never seem to put them down!6) The Logan McRae series by Stuart MacBride. Tartan noir at it's finest with this series of books. Set in drizzly Aberdeen, it's got the perfect dialects, fabulous characters that show brilliant personalities throughout with dark cases that have you hooked from the get go and also more than one that shows you how busy detectives can actually be.7) Bride quartet by Nora Roberts. Honestly I am a fan of anything Nora Roberts has to offer to her readers but this little series of four books had me hooked from the beginning. Four friends own a wedding business and the books show them doing their jobs but also finding the loves of their lives. Cute, quick and a beautiful read that really did make me believe in happy ever after. There are so many more that I've forgotten but these 7 are the ones that I return to and await for the latest book to be published or happily re-read all the time. I'd always be happy to hear what your favourite series are so let me know!

1
0
Forward the question
over 1 year ago
dude i've been excited for the maze runner movie before it became a movie it's one of my favorite books I'm so happy and actors I like are playing the characters and the trailer looks so much like the book dude I'm pumped.Tfios I'm going to see definitely, but I don't know if I'm exactly anticipating watching it because I actually really hate romance movies, but I really liked the book so I don't know. And I'm upset about the Giver because I heard Taylor Swift is in it, but I'm really going to try and not let that affect how I think of it because it's such a great book.Are there any other book movies coming out soon?? I need to get reading
-Ali

1
0
Forward the question
over 1 year ago
I love to read every minute of every day. Seriously. If I have a spare five minutes, I'm reading. And thankfully I'm a night worker so on my long breaks I love curling up with my book. I know some people are what you call "holiday readers" where they just read abroad etc but seriously I couldn't be! Every minute of every day is seriously the only way to get my reading fix - H*

1
0
Forward the question
over 1 year ago
crocs. I'm sorry, but never. And push-up bras.-Ali

1
0
Forward the question
Next

About A Drop of Romeo: