This account is no longer monitored. Please direct all further inquiries to https://curiouscat.me/AXYPB | Answers here are the sole opinion of Craig P. Donson and are not representative of the content of Petals' Garden or any third party.
United States
http://axypb.net

December 16, 2016
To say the least, it is an intriguing coincidence. As the live broadcast will begin at 9 PM Japan time that day, it remains to be seen how the audience numbers will be impacted.
0
0
November 29, 2016
The majority of displays have a maximum resolution of 1080p, which cannot display the artwork at the full resolution of 1600 x 1200. The default window size is approximately 1304 x 977, about 90% of 1080p, and the full screen resolution is 1440 x 1080. With default window size settings, Ren'Py will automatically scale the window size to a portion of the desktop resolution if the base resolution exceeds it. This results in a slightly sharper picture as artwork is downscaled to the smaller window size. The above-1080p resolution of the artwork is an additional benefit for users with displays that support such high resolutions. However, should a user with a resolution greater than 1200p use full screen mode, the artwork will be stretched to match their current resolution as Ren'Py is incapable of changing display resolution. The primary benefit for such users is that scaling artifacts will be lessened due to the higher native resolution.

0
0
November 18, 2016
To date, the official promotional material for Nintendo Switch is focused on expected use cases, rather than any technical aspects. All information concerning specifications and upcoming titles currently being circulated is unverified by official sources, so I am hesitant to comment on them. My full thoughts on the potential success of Switch are pending the second presentation scheduled for 12 January 2017.The single-screen form factor precludes functionally equivalent follow-ups to titles that made use of the two screens of the 3DS and Wii U. It would appear that universal portability for traditionally home console-quality experiences was chosen as its primary distinguishing feature from competing consoles, and the gaming possibilities afforded by a second display and resistive touch screen were seen as a necessary cost. One justification is that the atypical gameplay afforded by these technologies amounted to a small fraction of the total libraries of the current systems; indeed, many of the most successful titles on Wii U could theoretically be adapted to a single-screen format. While I believe the compromise of the secondary touch screen for portability was well-considered, it remains to be seen if was a wise one. 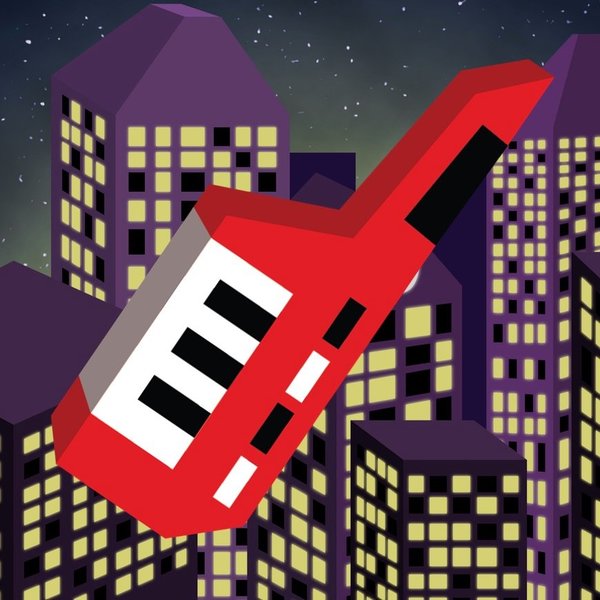 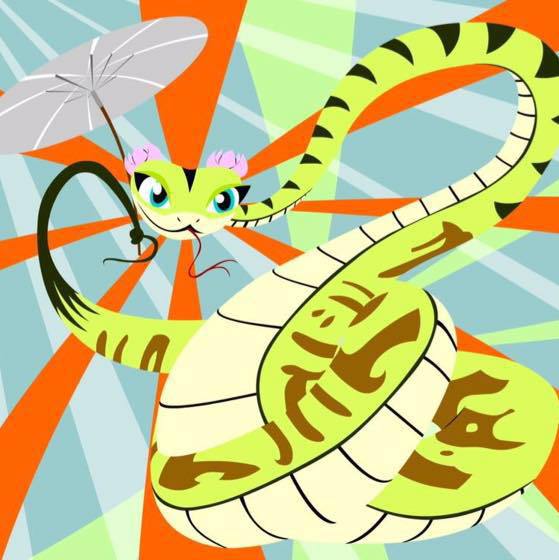 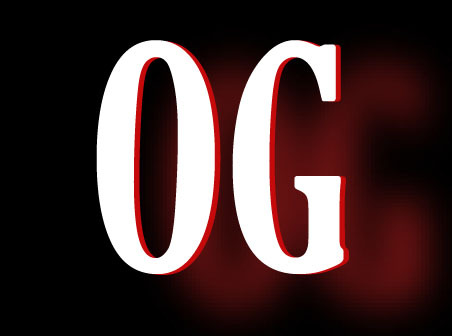 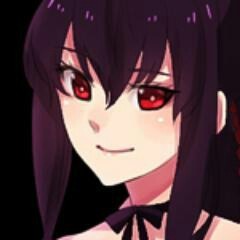 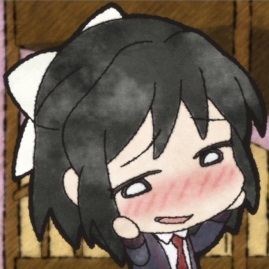 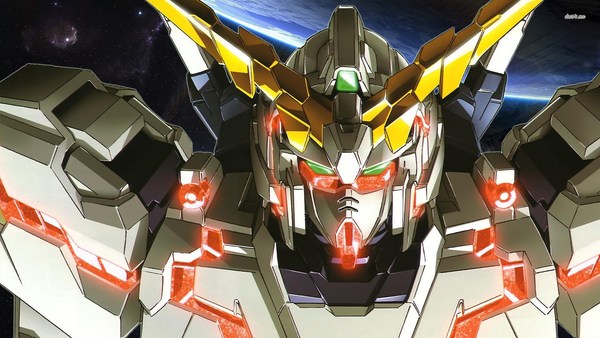 CR-0[N] Chris Norn
November 16, 2016
I cannot speculate on the schedules of St. Michael Girls' School or their affiliates, but more content featuring their characters in other media such as YouTube would not be amiss.
0
0
October 30, 2016
This question was answered previously: https://ask.fm/AXYPB/answers/133669116322With that said, I am most interested in seeing the story of Hazuki and Manami continue. I find their characters to be the most entertaining of the initial six. At present, they are the only couple to have no drama CD or visual novel to follow the events of The New Generation.
1
0
Liked by: megastelgart
October 07, 2016
This question was answered previously: https://ask.fm/AXYPB/answers/133669116322
0
0
September 24, 2016
Hanahira was launched in 2010 as an initiative by Fuguriya to release all-ages titles alongside their standard output in response to fan demand at the time for such products, especially from women. To date, the all-ages line includes only a visual novel, light novel, and YouTube series for Hanahira and a visual novel adaptation of Yuricycle, an all-ages story featuring Risa, Miya, Mai, Reo, and Satsuki, all from adult-oriented titles. From the lack of retail Hanahira releases in the all-ages line and the success of all-ages products featuring existing characters from adult works, it is safe to assume that fan interest in Hanahira is currently not high enough to warrant further works. However, the Hanahira visual novel and its characters were recognized by Fuguriya's Twitter account in May 2016 as part of their 10th anniversary celebration.

3
0
Liked by: Marking Matthew Snakie OG-Man
August 25, 2016
I cannot speculate on the production schedules of St. Michael Girls' School or related companies.
0
0
July 05, 2016
Assuming you are referring to a hypothetical animated film, I believe it has enough merit to justify an animated work without explicit content, but a single feature-length film may prove challenging due to the large amount of characters. An television ensemble series would be more appropriate, which would allow for potentially every character to date to be represented.
0
0
July 05, 2016
The so-called "naked apron" is a very common sight in anime and manga as a form of fanservice. It originates in American pin-up posters that were carried by soldiers in World War II, which were then emulated by Japanese artists after the war. Being an adult-oriented series, it is natural for A Kiss For The Petals to employ it to a greater degree than would be permissible in most other works.
0
0
May 21, 2016
The artwork in A Kiss For The Petals is deliberately rendered in the standard 4:3 aspect ratio rather than widescreen as the more narrow canvas size is more accommodating to event images depicting romantic scenes with two characters on screen. Read more on this aspect of production on MangaGamer's blog at http://blog.mangagamer.org/2015/09/18/st-michael-girls-school-column-the-day-to-day-of-yuri-vol-2
0
0
March 28, 2016
Please feel free to send fan works to petalsgarden@axypb.net. However, while I will make an effort to review them, I cannot guarantee that I will be able to provide feedback.
0
0
March 11, 2016
Though it has a strong link to St. Michael's facilities, they are not necessarily what gives A Kiss For The Petals its character. The supplementary material has expanded the story to settings far removed from the school, particularly in tropical regions. An excursion to another continent would not be without precedent.
1
0
Liked by: OG-Man
February 26, 2016
Any Mii character can be used in software that uses them as player avatars.
0
0
February 26, 2016
Several items of fan-created physical merchandise are available for sale, notably from Kamibukuro Works https://kamibukuro-works.booth.pm/ . It is very possible for a fan creator to produce plush toys of the characters.
0
0
February 19, 2016
The ubiquity of Star Wars around the world makes the possibility that all characters have seen all films a likely one, unless specifically stated otherwise in official material.
0
0
February 19, 2016
You may use them with any game that supports Mii characters.
0
0
February 19, 2016
All websites may link to any page on Petals' Garden without prior consent.Petals' Gardenはリンクフリーです。どのページへも自由にリンクしていただいて構いません。
0
0
February 15, 2016
No version of Remembering How We Met contains explicit material. The original Japanese version was released for iOS and Android, and their respective markets prohibit adult content, although the romantic elements resulted in mature content ratings.
0
0
February 15, 2016
I prefer the performance of Haruna Yumi, who also went by the aliases Toiro Fuyuka and Yasaka Nana. Her deeper voice characterization made for a greater contrast against Uchino Pochi's voice for Yuuna compared to the current voice for Nanami, Takanashi Konoko. https://petalsgarden.axypb.net/english-translation-select-fuguriya-tweets/#nanami
0
0
February 11, 2016
I would like to see all characters included in a future animated adaptation.
0
0
February 06, 2016
Runa has been shown to be capable of living independently, having built her personal fortune on her own and living without adult supervision for sustained periods of time. I would therefore answer that Sara is more spoiled as her agency has presumably assumed management of the majority of her finances for her entire career. Though she is known to demonstrate strong discipline in other areas, particularly her physical fitness, it is unclear if she could successfully sustain herself without her parents, her agency, or Kaede and her family.
0
0
February 06, 2016
Unfortunately, at present, the only way to purchase them without a credit card is in Japanese retail stores.
0
0
February 04, 2016
Midorikawa Madoka (Rikka) and Sachi Yun (Sayuki) made guest appearances on episodes 98 and 99.
0
0
February 04, 2016
I'm afraid I cannot provide counsel for fanfiction prospects, including video productions. I wish you luck on your endeavors.
0
0

This user hasn’t answered any questions yet
Ask @AXYPB 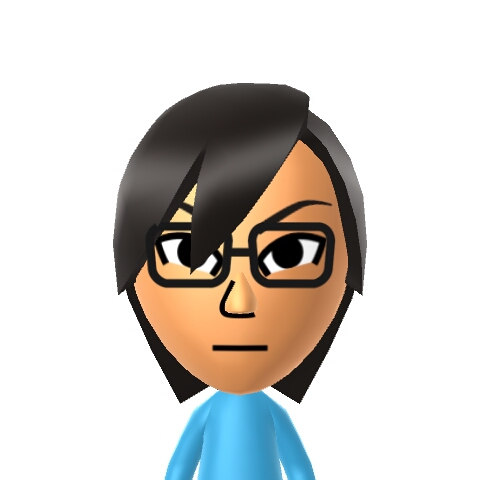