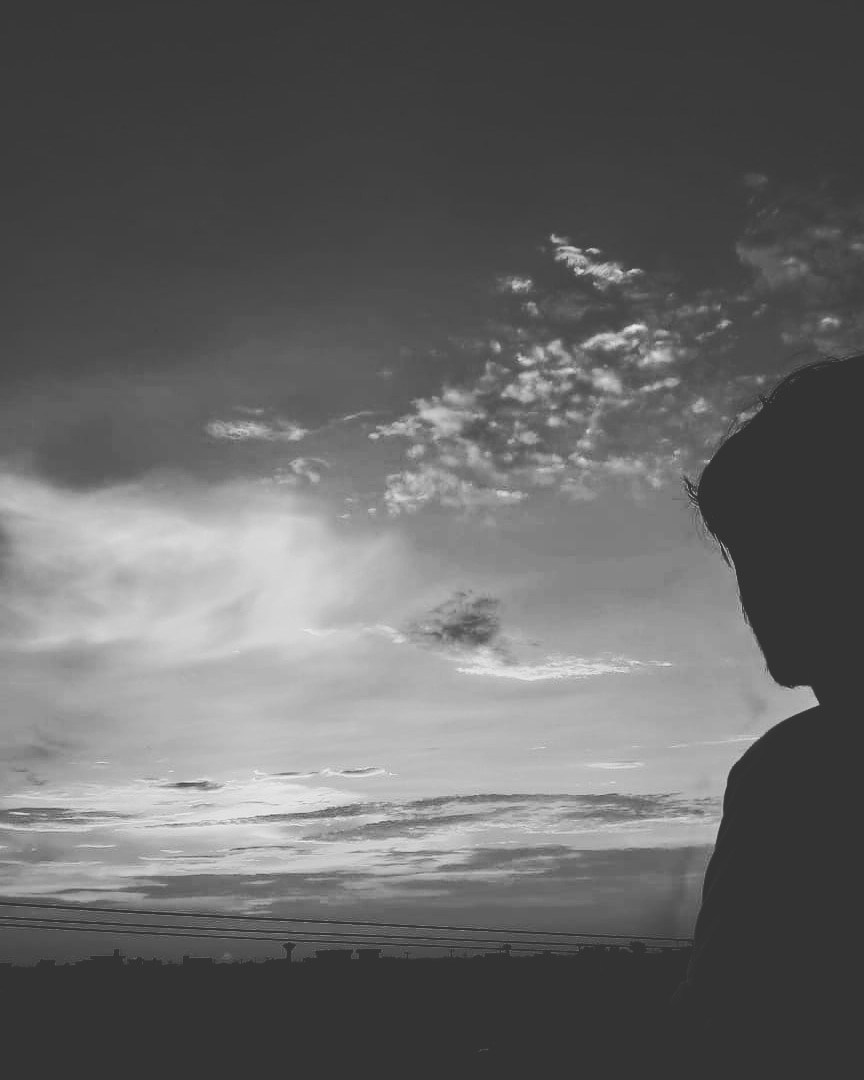 I am a simple human who has a great thirst for spirituality, motivation and inspiration in life. I seek them as an insect seeks light.
Other account @ahmedmacprivate
Founder of @emergingummah
Lahore, Pakistan
https://goo.gl/FBhfPY
https://goo.gl/uKucts
https://ahmedmacofficial.wordpress.com

October 07, 2022
"Not able to adjust in the society - being a stranger" I have recently conducted a survey about whether it's easy to adjust in the society or not. The answer to it is that it is not. There are many reasons. First, if you are finding it hard to adjust then it's because you are different than the rest of the people. It can be because of your philosophical or psychological difference. It includes your level of confidence too. Secondly, as a Muslim, we have to maintain a firm and pure character, but in order to blend in well, we are required to lower down or disengage our moral compass which is unacceptable for any pure soul. Thus, those who forsake and compromise on their character, they often tend to mix up easily. There can be many other reasons as well, but those two are the biggest ones being a great challenge for the Muslims of today who are trying to keep their faith and modesty intact. There was a time when the world was full of practical Muslims, it was so easy then to practice what your heart would say and not feel any guilt or strange feeling while being yourself. But today, it's quite the opposite. The Muslims who practice Deen are rare. They feel like strangers in the society. The society has compromised on its moral compass and is interested in materialistic affairs only. This article is just a summary of the study, there can be a complete and thorough discussion on each and every one of its aspects. ----------------------------------------------------حَدَّثَنَا عَبْدُ الرَّحْمَنِ بْنُ إِبْرَاهِيمَ، وَيَعْقُوبُ بْنُ حُمَيْدِ بْنِ كَاسِبٍ، وَسُوَيْدُ بْنُ سَعِيدٍ، قَالُوا حَدَّثَنَا مَرْوَانُ بْنُ مُعَاوِيَةَ الْفَزَارِيُّ، حَدَّثَنَا يَزِيدُ بْنُ كَيْسَانَ، عَنْ أَبِي حَازِمٍ، عَنْ أَبِي هُرَيْرَةَ، قَالَ قَالَ رَسُولُ اللَّهِ ـ صلى الله عليه وسلم ـ ‏ "‏بَدَأَ الإِسْلاَمُ غَرِيبًا وَسَيَعُودُ غَرِيبًا فَطُوبَى لِلْغُرَبَاءِ"‏‏.‏It was narrated from Abu Hurairah that.. https://www.shorturl.at/qtV47 (Read the complete article through the link)

6
0
Liked by: Bilal Khan Ahmed Mahmood Daniyal Ahmad U. Micro.7 Pir Fahad
October 04, 2022
You are either a Muslim or you are not. There is no in between. No space for any other option. And, being a Muslim is all about showing it with actions. It's not just a verbal announcement to be made.
2
0
Liked by: Ahmed Mahmood Haya Khan
October 04, 2022
Everyone thinks that the other person is complete because of their apparent success while no one is actually complete in this life. Yes, a person can be said to be a little more filled or entirely a lot more filled than you, but they are not complete. It's natural in defeat, despair or discontentment to let others' success overwhelm you, but don't let it get to your head. Life is not perfect for anyone. Accept it.
7
0
Liked by: Ahmed Mahmood تلخ حقیقت -Adeena RABIYA. U M A I R R R R vio Faria 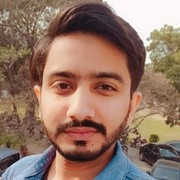 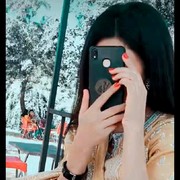 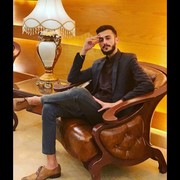 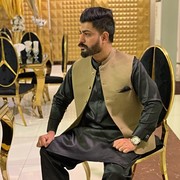 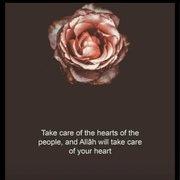 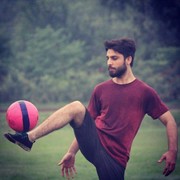 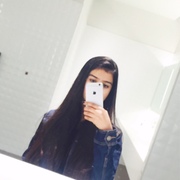 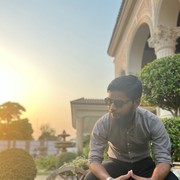 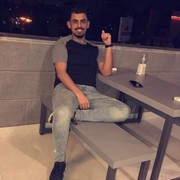 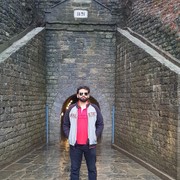 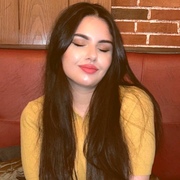 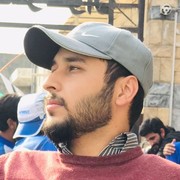 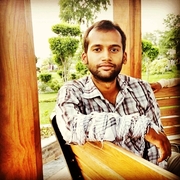 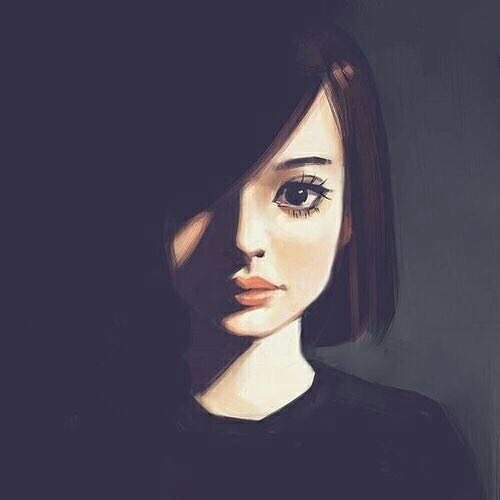 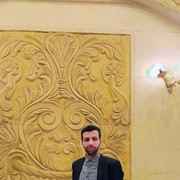 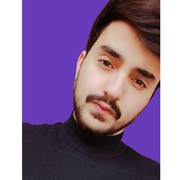 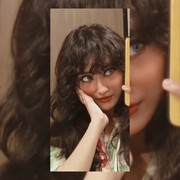 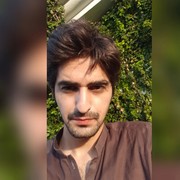 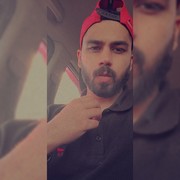 5
0
Liked by: Ahmed Mahmood SUMMER :" || Marium. Rafiaabutt
August 30, 2022
Imran Khan's class fellows donated millions to billions of Pakistani rupees in his humanitarian activities. This is the level of friendship and respect that is required in life. My friends, so called, are quite the opposite. Humanity is optional for them. If someone doesn't stick for those in need, they won't stick for you if the time arrives. It's better to lose such people than build a fake tie of friendship. 🙂I have been doing some welfare work for the last many years. In this period, I have got more help from those who don't know me than those who know me. I take it very personally. If someone has no compassion for others, they will never have any sympathy for you. When you don't help people who can't return the favor, it indicates that your life is all about staying in touch with those who can give.Means that if I'm today a giver, someone who can benefit you, then it may change tomorrow. And then, you will deal with me like you are dealing with those who are below you. Astagfirullah. Such people are called real life snakes. This thought came to my mind so I'm sharing it. We all need to avoid such kind of people who have got no heart for those who are in need. I know so many people who can help others but don't. They are not anyone's friend. #RealFriends #Humanity #Compassion #Snakes

4
0
Liked by: Ahmed Mahmood Marium. Rafiaabutt احتشام
August 29, 2022
If a person like Imran Khan, no matter the political differences, can ask people to donate their funds for a cause then why do we feel any hesitation at all in doing the same thing? Don't be shy ever to do the right thing. Remember, it's people's job to criticize all the time. Just continue doing the right thing. Everyone has a part to play. Just because Imran Khan or somebody else is doing their job well that doesn't mean that you don't have to. It's a joint effort, do what you can and should do. Don't wait for anybody, follow your heart and contribute your part. May Allah accept all our good deeds. Ameen.Personally, I'm a part of a small virtual NGO myself, named "Emerging Ummah". If you have donated as per your capacity somewhere else then it's all good. But if you still contain the capacity and will then you can donate in our community. The goal is to help people. That's it. I am doing my part. You do yours! Contact details of Emerging Ummah: 03450741485#TelethonByImranKhan #ImranKhan #FloodVictims #FloodInPakistan #FloodsInPakistan #Flood2022

18
0
Liked by: Ahmed Mahmood Rafiaabutt Hamza faiqa Micro.7 Z I K R I Y A ⚽️ طیبہ Arslan Zafar Chohan Gul OZAIR
August 29, 2022
How to manipulate a wise or educated person? It is difficult to impossible. That's the reason why the corrupt elite never allows the public to learn about their rights; get educated and acquire the modern standards. This is the situation of Pakistan. If the system becomes strong then it will become highly difficult for someone to steal even a penny, that's why the system will never be made impenetrable. There will always be loopholes and backdoors in it for the corrupt parties. People will neither get the chance to improve their lives nor the system will be allowed to become standardized and advance.Welcome to the so called independent Pakistan! ❤️
12
0
Liked by: Ahmed Mahmood SUMMER :" || Rafiaabutt رافع قریشی MOBEEN AHMED NimRa Munir vio طیبہ N Umishqa Abbasi
August 29, 2022
You can do that.But you are not a Muslim then. And you will also never be supported by a Muslim. There are limits created by Allah and if someone crosses those limits; they become an animal.
15
20
Liked by: Ahmed Mahmood SUMMER :" || Rafiaabutt Meandoctorx رافع قریشی MOBEEN AHMED NimRa Munir vio طیبہ SA'AD
August 28, 2022
I am right now playing my part to raise funds for the flood victims of Pakistan, so, I can't state everything in detail about the current situation and what my thoughts are about it, but I can share some points:• Nobody has the right to take credit for the flood victims' aid; especially no institute or politician. The generous people of Pakistan and some outsiders are the only ones responsible for facilitating the affected people in this time of need. The ones who are taking credit, or want to take credit, are actually the ones responsible behind all this chaos.• Many people of Pakistan look at such calamities as a business opportunity. They have increased the prices of their products and services right now.• People are donating a lot even in this inflation but it cannot go on much longer; for weeks or months.• There should have been a number of dams in Pakistan but it's always been the case that all the resources of Pakistan have always been stolen by the corrupt officials, politicians and governments.• A country with 220 to 240 million population is dependent upon aids from Europe, it is hurtful; and disgraceful and also humiliating. The reason behind it is corruption by the overall administration.• Scammers are also seeing this as a business opportunity: media is concerned about its ratings, YouTubers are concerned about catching more viewers, fake NGOs are collecting donations as theft and so on. In short, people are corrupt, and I'm talking about the majority of the total population.• NGOs have no helicopters or boats. That's the reason why their efforts are not being much fruitful.• People pay so much tax in Pakistan, yet the so called forcefully imposed government is asking people to donate; if they're left with anything.• Politics has nothing to do with humanity. A Muslim will always prefer #HumanityOverEverything. • People need to learn that they have to stand up.. https://www.instagram.com/p/Ch0AE81s35r/

This user hasn’t answered any questions yet
Ask @Ahmednorthowed 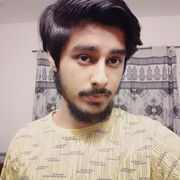