September 11, 2013
The forest cave in Vietnam
0
0
September 11, 2013
Mean Girls
0
0
September 11, 2013
Possibly. I'd prefer we each have more than one, since it's virtually impossible just to find one.
0
0
September 11, 2013
Scallops
0
0
September 11, 2013
Take a job in Saudi Arabia
0
0
September 11, 2013
Figuring out how to live...
0
0
September 11, 2013
Intentionally evil people
0
0
September 11, 2013
BEIBER
0
0
August 19, 2013
Only in terms of electrons. The deeper *meaning* of things that happen is/are entirely random.
0
0
August 19, 2013
Don't listen to any established group and what they try to convince you of. Read, read, read, then go travel and explore and openly look at the world and try to understand it rather than judge it. Exercise and learn self defense. Indulge your interests and talents lushly, but get a strong tech degree (science, biology, tech, electronics NOT business) that will give you a real world scientific skill that would help you survive in the event of a zombie apocalypse or spaceship escape from earth. You DO NOT want to be one of the useless detritus of humanity that get left behind because their only discernible skill is consumption of others resources, but you also don't want to wake up when you're 40 and realize you hate your career because you never did the things that fulfill your creative side. Pretend you're going to be a movie-style super spy...what would you need to know? How to hack a computer and speak 5 language, defend yourself and understand others motives. If you have any spiritual beliefs, respect them, but no more or less than you respect others.

This user hasn’t answered any questions yet
Ask @AnastasiaIg71 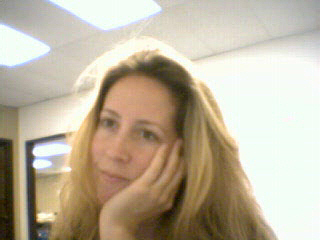