》♗⠀hikari kuina is a character from netflix’s show ᴀʟɪᴄᴇ ɪɴ ʙᴏʀᴅᴇʀʟᴀɴᴅ. she first appears in the beach arc and later is revealed to be a trans woman. originally specialized in ᴄʟᴜʙꜱ (balanced games), she redefines herself as a ꜱᴘᴀᴅᴇꜱ (physical games) player. a former clothing shop clerk.
T O K Y O
↘ ⠀( no transphobia hate will be tolerated on this account, periodt. icons and gifs are not mine. 7+ years of roleplaying experience. )

March 14, 2021
╿ ⠀﹁ ⠀◍ ⠀
⠀
⠀After surviving BORDERLAND, Kuina desperately needed an escape, ‒‒ a change of scenery, you may say. She physically couldn’t be in Tokyo, anymore. Every building, street, or city itself reminded her of the events that took place not too long ago. Everything felt weird and out of place. How could people move on with their lives so easily, like, nothing had happened? Was Kuina the only one affected by the aftermath? Maybe. But how could she know? Since her arrival back to the REAL WORLD, Kuina hadn’t met her previous game mates. Not even her, so-called, friend Chishiya. And maybe it’s better that way. The whole point of moving away is to escape her past memories and not dwell on what could’ve happened.
⠀And that’s what she did. Once her mother got better, Kuina got her out of the hospital, packed both of their belongings, and got them a one-way ticket to Kansas state, USA, simply because the tickets were the cheapest to this location. Once they arrived at the small airport, that’s when their adventures started. Kuina had no plan whatsoever, but she knew that something exciting and NEW is coming into her and her mother’s lives. She rented a small, broken-down mini-van, just enough for the two Hikari ladies, and their road trip began.
⠀Everything went smoothly until the mini-van decided to give Kuina an unnecessary anxiety attack by starting to act up. Her mother questioned her whether it was normal for smoke to come out of the hood of the car which Kuina only widened her eyes to and immediately stopped the car. Ushering her mother to get out, Kuina quickly unfastened her seatbelt and got out, as well. Looking around, she was only met by grass fields and a forest, ‒‒ no petrol station in sight. Great, absolutely great. What the hell is she supposed to do? Supposedly she takes a look under the hood, what then? She’s not a mechanic, never liked cars in general. What if a fire erupts? How is she supposed to get herself and her mother somewhere safe without a damn car?
⠀All these questions swirling in her head made her space out for a while, not even realizing that her angel of a mother had stopped a passing car by and was explaining something to a young man in her broken English. Hmm, maybe things aren’t so bad after all. Taking a quick glance at the mini-van, making sure that the situation hasn’t gotten worse, Kuina walked over to her mother only to be met with a male figure coming her way. “Uh, hello! I’m Kuina. I don’t know what my mother said to you, for English is not her first language, but we would really appreciate your help, right now. You see, there’s smoke coming out of my car and I seriously don’t know what to do.”

14
0
Liked by: ᴄʜᴀᴏꜱ ᴇᴍʙᴏᴅɪᴇᴅ Acifan brendaaaaavina kiyah0904 * ᴅᴇᴀᴛʜ ╱ w o r n ! ❃ clary ❃ Wesleybaker Alsoutro ʀᴇʙᴇᴋᴀʜ ❀ ᴍɪᴋᴀᴇʟsᴏɴ — MAISIE.
March 10, 2021
⌄ ⠀⠀⠀❒⠀⠀⠀►⠀⠀⠀⠀FOLLOWED BACK, game of thrones’ folks.
⠀
⠀
⠀
“ so, ᴛʜᴀᴛ’ꜱ how these games
are called? game of thrones?
well, it kind of makes sense
when you think about it. it
would explain the next level
that we are about to face.
y’all are newbies or
something? and why the
weird outfits? i don’t get
the memo. ”

This user hasn’t answered any questions yet
Ask @ArabellMabelLove 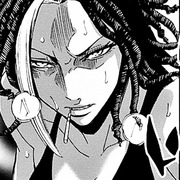