Endless History
August 01, 2014
Follow
I don't know. I don't really have an answer to say why he did. He seems like he was very bitter about a lot of things, and... it's just something that I really don't have an answer for. I mean, I have the whole thing I put together on my personal blog, but that's just the evidence for who he is and all... but as to what his deal was?I really don't have any explanation, unfortunately.
0
0
❤️ Likes
show all
🔥 Rewards
show all

July 07, 2016
Panorama Toh wasn't listed in the Falcom Chronicle list that was used as the source (cited on the page), and I've not updated the list since 2012.Considering the issues I had when trying to maintain MediaWiki. it probably won't see more updates either.
0
March 04, 2016
I can easily get you links for things of that sort, but I want to first thank you so much for taking the time to support my site. It seriously means a lot to me! <3Sora no Kiseki FC OST: http://amzn.to/1OViV4R
Sora no Kiseki SC OST: http://amzn.to/1OViW8O
0
March 02, 2016
I don't know off the top of my head, but @jdkluv is the resident expert on all things Falcom music!
0
January 08, 2016
Unfortunately, there's nothing out there in the way of complete fan translations. I've seen someone doing a subtitled run of 3rd on youtube, though I don't know the user off the top of my head, and I don't think they're too far into it.I've been doing some of the side quests from 3rd in my Translation Tuesday articles, as well... but I have no intention to translate the whole game either, since I don't have the time to properly dedicate to it.I've heard that AGTH works with it, but you would need to do research on it, since I've yet to really play around with that tool, myself, unfortunately.Another note is that Hatsuu from XSEED has been saying that if SC and both Cold Steel games show enough promise and support, they may go to release 3rd when the opportunity arises. So there's that potential route as well.

0
January 02, 2016
49 employees.Source: http://m.finance.yahoo.co.jp/stock/fundamental?code=3723.T
0
November 30, 2015
That's close! It's ゼムリア.
0
November 20, 2015
It would all depend on whether or not Falcom would find such an endeavor to be financially viable on their end to justify it. Doing a PC port would mean removing some of their small staff from other current projects. Now, they made both games in PhyreEngine, which does output to PC, so the chances of this are higher than them having the manpower to remake their older PSP-only titles to PC. (Joyoland did that for the most part with several of them anyway.)Falcom got burned pretty hard in 2008-2009 regarding PC game development, though. They may poke at it now and then, or rerelease some things they've already done (or someone else has done), but I imagine it'll be hard to coax them out of their past experiences. (More info here: http://www.esterior.net/2011/03/falcom-and-publishing-pc-games/ )They've even said as much when Ao no Kiseki PC was brought up to them- they'll only release it if it looks financially viable. And the PC gaming market in Japan isn't even a fraction of what it is here. Here's a two part set of videos from imagine-nation on NHK World. Part 1: https://www.youtube.com/watch?v=L0QwVVPv6zY 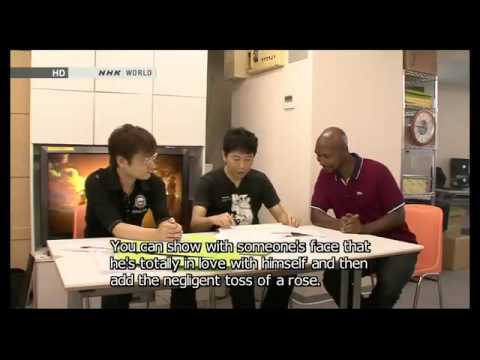 0
June 15, 2015
I know that this has been unanswered for awhile, but I went through and did some quick tracking down for him according to some Japanese sites. It's okay- since I was curious since you asked the question, so some minor research wasn't too big of a deal.It looks like after Quintet, in the late 90's he was involved in some PC correspondence stuff using the handle 'Kinoko.' (It translates to 'Mushroom,' also.) Afterwards, he became president of a company called Gigafactory in 2009, and he became the president of a credit card settlement company afterwards. It seems that after that point was when he's fallen off of the map.I can probably go digging into some more details, since it looks like this appears to be a rabbit hole of some sort, and most of the stuff I'm finding is from 2010. It's been 5 years, so it'd be interesting to see if there's more information beyond that.Thank you for the interesting question, though. It seriously makes me curious and I'll probably end up trying to dig into this some more, too!

0
January 16, 2015
My Japanese class had us learning vocabulary and grammar right off the bat, but we didn't start delving into kanji until after we were done learning the kanas. I agree with this formula, because by learning two of the three alphabets, you will have some empowerment with the language instead of floundering around with it regardless.One of my teachers had a very different way of teaching the kanas- and he chose by teaching katakana first. Since it's an alphabet devoted for foreign words, he said that we would be able to recognize the terms and words that *we* knew, since it would help a bit.My other teacher was more traditional. We learned hiragana first, then katakana. Once we tested on those two and were able to successfully work with them, then she started to teach us kanji. All of this was alongside our regular grammar and vocabulary lessons.Beyond a certain point, though, I almost view vocabulary and kanji learning as one and the same, as well. You are learning to recognize the kanji while learning the meaning behind it.

0
January 16, 2015
I'll admit that I laughed a bit at that. But let me pull together a serious answer, too.That's a reflection of light on a blade. There's an S-Craft in Sora no Kiseki the 3rd that perfectly describes 'se,' in my opinion. Oddly fitting that it also comes from a hachiyou ittou ryu user, too- the same sword style that Rean uses.
0