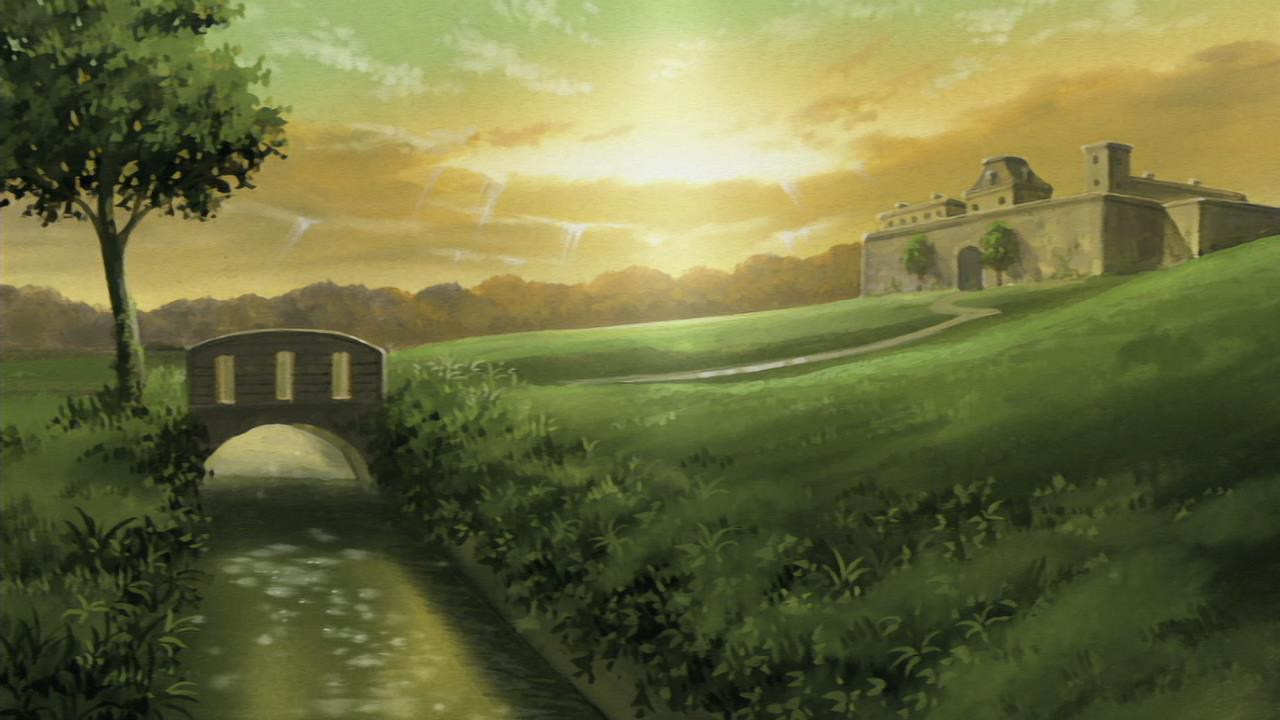 http://wrongeverytime.com/
https://www.patreon.com/Bobduh
over 1 year ago
Hey all! People have repeatedly notified me that ask.fm introduced hostile ads in its mobile platform, so I've moved over to curiouscat. You can find my new Q&A spot below!https://curiouscat.me/Bobduh

2
0
Forward the question
over 1 year ago
Lately I've been trying to include show hashtags for anything that's actively airing and might be spoiler-prone. Not really much I can do beyond that.

0
0
Forward the question
over 1 year ago
It's certainly not wrong to want that, but it's not something I'm really interested in doing. After too many years of arguing on the internet, I've come to accept that the only results of Critic Fights tend to be enjoyment for people who like arguing and frustration for people who don't. I don't enjoy arguments, so I've stopped engaging in them - my hope is that my own criticism at least makes my perspectives on shows understandable, even if you don't agree with them.

0
0
Forward the question
over 1 year ago
It turns out I actually went pretty deep on this question in the past, which I was able to find by google (if I'm looking for something I think I've answered, I generally just google "*topic* bobduh ask.fm" or similar).http://ask.fm/B0bduh/answers/109151815722

1
0
Forward the question
over 1 year ago
Not yet. I'm planning on prioritizing Evangelion for the Current Projects once I've cleared out a few of the projects I'm currently finishing up, and I'm guessing that project will end in many many words on End of Eva.

0
0
Forward the question
over 1 year ago
See, this is the kind of content I need.

6
0
Forward the question
over 1 year ago
Your prior question combined a /fourth/ reframing of "but aren't you wrong about how you're parsing this character?" with a paraphrasing of my prior acknowledgment of the ambiguity of the text, framed as to negate the significance of any opinion I might offer. If all of that was meant entirely sincerely, I apologize for causing you hurt. But I hope you can see how that looks from my perspective - the ultimate effect is a reiteration of the prior question combined with a jab against whatever I might say.I've been fielding disingenuous questions about Euphonium basically the whole time it's been a show, so I hope you can understand my skepticism and fatigue. What could theoretically be an innocent question feels a lot less innocent the fifth time, and like something else entirely the fiftieth.

5
0
Forward the question
over 1 year ago
Expression work and shot framing, mostly. There are plenty of moments where both the camera's gaze and Kumiko's expressions very strongly imply she's extremely distracted and flustered by Reina's physical presence.

0
0
Forward the question
over 1 year ago
My friend @somekindofthing on twitter keeps excellent running tallies of show sales. Though of course, sales alone should be taken with a grain of salt - there are many ways anime can make back their cost or count as "successful."

0
0
Forward the question
over 1 year ago
I think the previous episode was basically Reina's conclusion. In retrospect, I feel the show should have done a better job establishing that it's Reina's faith in Taki that helped him come to peace with his current path in life - that would have given both their characters a bit more closure.

2
0
Forward the question
over 1 year ago
Here's a more detailed translation of that: "It offers many beautiful and immediately appealing fantasy adventures, while also ultimately arguing that the fantasies we hold most dear are a valid and important expression of our truest selves. It is through embracing the strangeness of her own fantasies that Flip Flappers' heroine ultimately learns to love herself."

4
0
Forward the question
over 1 year ago
I appreciate the "Mayoiga, Thunderbolt Fantasy, and Concrete Revolutio" comment. I've certainly got specific tastes, but it's nice to hear they're still broad enough to be very confusing.

2
0
Forward the question
over 1 year ago
There are basically two potential gay relationships in Euphonium: Kumiko and /someone/ (since the show's framing certainly does seem to imply that Kumiko is gay), and Natsuki/Yuuko (which is mostly set up for goofy bickering, and could easily be a platonic friendship as well). By comparison, the show actually has an established male/female couple (Takuya/Riko), and prioritizes a scattering of other male/female dramas (Hazuki and Shuuichi, Reina's feelings, Taki's emotional debt to his wife). Critiquing the show for being "too gay" seems like protesting quite a bit too much, and ultimately holding it to a reverse standard of representation based on the very motivated assumption that KyoAni are not allowed to portray these sorts of relationships, or that when they do it it's "pandering" in a way other studios inherently avoid.

7
0
Forward the question
over 1 year ago
I don't think they necessarily are, but I don't have a problem with people reading it either way, and don't think either perspective cheapens their relationship.Anime tends to code relationships for ambiguity and viewer inference in general. Not only is there more of a cultural inclination to leave things like that unsaid, but there's also a fan-focused tendency to construct works that allow audiences to impress their own feelings into the existing text. I've been frustrated by that ambiguity in the past, but it's something I've come to generally accept and see as somewhat emblematic of our current age of "media ownership."Asuka and Kumiko have a beautifully articulated relationship based in strongly defined personalities and clear emotional needs - how you parse that relationship in terms of friendship/romance isn't something I feel the text needs to clearly delineate, and is something I'm happy to see viewers finding their own meaning in. I'd personally side towards the text itself framing Asuka as a kind of emotional guide for Kumiko and not a romantic partner, but I also think they'd make an incredibly adorable couple, so I'm fine with where the show leaves it.

8
0
Forward the question
over 1 year ago
I've also heard the bad rep of Part 5 is at least partially due to its terrible translation. Plus it seems very unlikely Araki would somehow forget everything he learned about making Stands interesting in Diamond is Unbreakable.

0
0
Forward the question
over 1 year ago
Yep. But given Stardust Crusaders tumbled into barely-worth-watching territory pretty consistently throughout its run, I'm not too worried. My only serious concern is that it prompts a drop in sales which keeps us from getting to the following two arcs, which I've heard are respectively very good and fantastic.

0
0
Forward the question
over 1 year ago
That it's a bad argument not worth engaging with, I guess. I don't like those other shows just because they're extremely gay, and I wasn't lukewarm on Yuri on Ice for that reason either. I was also a big fan of this year's Rakugo, and that show was in many ways about a man's awakening to his own ambiguous sexuality. Shows have multiple qualities.That said, there are definitely interesting conversations to be had about what shows mean to us in a social sense in terms of critiquing them. But none of those conversations start with "if you don't love Yuri on Ice you're a homophobe."

1
0
Forward the question
over 1 year ago
Jeez, it really is remarkable how even in these images, you can see how all these characters have their own lives going on. What a show.Anyway...Mei Taura clearly has the best hair, with those extremely powerful drills. Aside from that, my favorites during the series were the no-eyes Maina Kase/Chiera Takahisa pair, who are wonderful, and I was very happy to see get a pair of lines during the finale. But just from looking over the shots here, it's clear that Raina Kitamura and Oka Mikino are the stars of a show that's just as good as the one we actually watched. Give those two an OVA.

1
0
Forward the question
over 1 year ago
For Asano, at the moment it's probably Dead Dead Demon followed by Solanin. For Ito, it's just a scattering of his short stories.

0
0
Forward the question
over 1 year ago
Maybe at some point, but I feel like I'd want to read more manga in general before doing that. But if you're fine with quick recommendations, here's a loose list of my favorites:Cross Game
Yotsuba
Nickelodeon
Lucifer and Biscuit Hammer
A Silent Voice
Negima
The Ancient Magus Bride
Genshiken
Monster
Welcome to the NHK
Love Roma
Azumanga Daioh
A Bride's Story
One Piece
Basically all Inio Asano stuff
Basically all Junji Ito stuffHope that helps!

4
0
Forward the question
over 1 year ago
They're my favorite band! I listen to them a lot.

0
0
Forward the question
over 1 year ago
I'm not a fan of Reina's material this season, but I'd say that's more a consequence of its awkward role in the show's structure and the weird tonal choices they've used. I'm actually very happy with how this season has handled her /general/ characterization - Reina's "cool and mysterious" persona from the first season was really only reflective of Kumiko's obsession with and ignorance of her. Now that Kumiko has actually gotten close to her, it's become very apparent that Reina is just a proud and kinda ridiculous dork.

7
0
Forward the question
over 1 year ago
Thanks for the reminder! It did go through, and I just stupidly missed the email - I just went back and checked that, and have updated the site accordingly. Sorry about that!

0
0
Forward the question
over 1 year ago
I haven't watched it, but I've heard it's an extremely faithful adaptation, which would lead me to recommend reading it. It's very long, and if the adaptation isn't elevating it in some specific way, I don't see a reason to choose that over the already excellent manga.