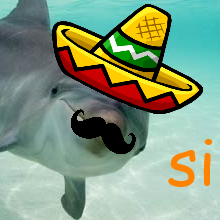 Dolphin
over 1 year ago
Follow
I don't understand your question, but I assume you're asking about how the music game genre is in Norway.Well to answer that at the very least, its awfully scarce. We hardly ever had DancingStage / DanceDanceRevolution in the arcades and modern arcade cabs were out of the question. You'd have to go abroad to find any. The only game that comes to mind to most people when you say "music game" over here is Guitar Hero.
Osu has a decently large userbase I guess. Don't play it myself nor do I like the game and it's mechanics! :D There are a few people who actually DO play Bemani at home and some BMS players, or Stepmania. I don't know a single person who plays DJMAX though.
So far I'm the only person from my country I am aware of who has dedicated time into getting involved with BMS events. Thus I'm the only Norwegian BMS Composer. I have tried proposing the idea to friends and acquaintances and such but they don't seem interested. Someone I met claimed that I was the best IIDX/BMS player nationally.
I don't think that's true :D I might end up being the best pop'n player since I play that a lot though, but not yet cause I'm terribad still.Norway was never exposed to music games that well in any way besides Guitar Hero / Rock Band and some "ok" DDR mixes for PS1/PS2 and like 2 arcade mixes that are now unplayable to due broken cabs.Once I get a decently paid job I'm gonna go all out and import an EZ2DJ cabinet and upgrade it to EZ2AC probably, but that's gonna cost me like 24 000 NOK for the cab (and more for upgrade kit), so I better start saving up.
Thankfully I got low-pay job for the summer.
Not like that's gonna cover a cabinet.
2
0
Forward the question
❤️ Likes 🔥 Rewards