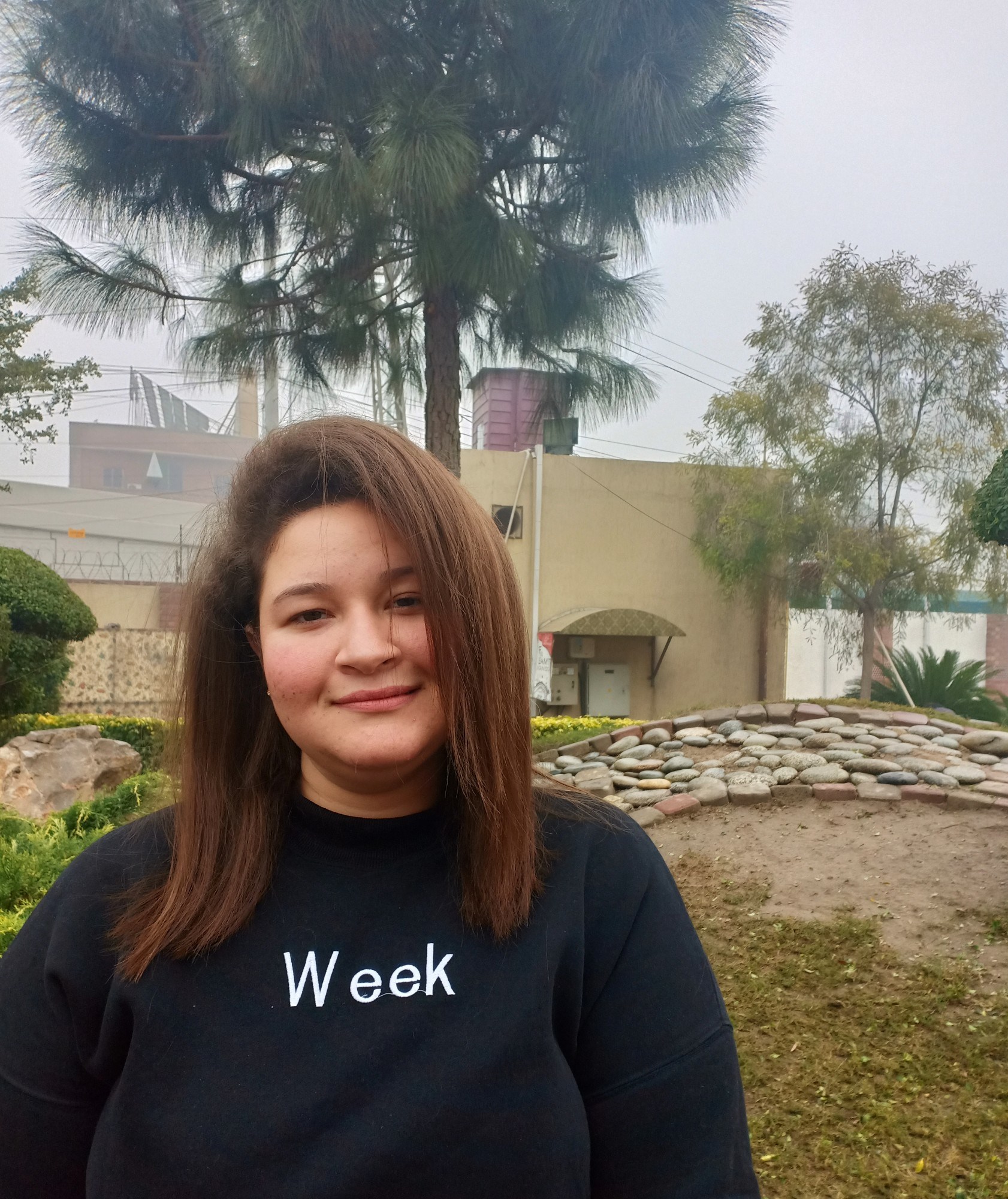 Add me on Snapchat! Username: mishrii6 https://www.snapchat.com/add/mishrii6Add me on Instagram:
https://instagram.com/freakingmishu?utm_source=ig_
#foodie🍕🍟 #lahori😎 #NotAvailable
6 days ago
Haha still cute is what i always get to hear😂

vs
308 votes
27 days ago
Emotionally blackmail their children!

248
5
Forward the question
about 1 month ago
Why not both?

161
31
Forward the question
about 2 months ago
Yar i think beauty is directly dependent on happiness and peace.
Better ask this question to the husbands when the glow goes dull then no? :')

209
5
Forward the question
2 months ago
To alot of people corona did not even exist until it happened to em or someone they knew so :')
And ya, chor bazari se zyada kamana hai jee beshak jan rahy na rahy.

262
0
Forward the question
2 months ago
FREEDOM TO US
So, what iss this freedom we girls always talk about? You wanna define it for us or want to know our definition of what we want?
If you're interested then, well! In the simplest words it's to live in whatever fucking way we want. Our life, our consent, our rules, our safety, our peace, our priority. Freedom is like painting the canvas of your life with all the beautiful colors of your ambitions. It's like inhaling and exhaling fresh air. It's sipping garma garam chay with your friends while it's raining, and the unknowingness of the world in that moment, when the world seems perfect and you feel all fulfilled and light. That howl and scream that releases our frustration and regrets, that's freedom. When we get to write or express our feelings and someone actually tries to get it, that's how it feels. It's when women empowers, supports and understand other women and never judge, disrespect or be hypocrite. It's when we're not told "Apny ghar main karna yh sab" like we have no home at anything and everything to live being ourselves. When we get to live in a world free from character assassination and gender inequality and discrimination.The physical and emotional pain and pressure, when that's not what we get to face anymore that's freedom. Freedom also means when men do not feel threatened by empowered and sane women. When we wear something, we're accountable for it to our Allah only, who are you to judge one's character or make it any fucking excuse for anyyy fucking abuse? When we are not objectified and are recognized by our unique qualities and perspectives.When no girl experiences domestic violence that's freedom. It's when no girl goes through acid attack for saying NO. When none of us is threatened after pictures or videos.

176
30
Forward the question
2 months ago
When we're not living our lives just for our blood relations just to make every one happy. Not pretending that everything is fine all the time just so noone feels uncomfortable or guilty that's freedom. When no girl is threatened or emotionally pressurized, when her voice is not supressed by her own that's it. When she's not scarred and used like means of pleasureee and killed brutally by that pain and her eyes torn. Not feeling endangered between men is freedom. Not being told to stay away from this whole breed because they're predators and the world will eat us up that's freedom. Not feeling eyes on us all the time, hearing murmers and whispers of people's assumptions, that's freedom. When we're freed from all the cat calling, slut shaming, molestation and blamed from their bad intention, that's it. Freed from the burden of our men's honour, that's freedom. When noone tries to tame the fire and madness within us, that's it. When noone wants to change anything about us just for their satisfaction that's it. Not feeling the pressure of marriage, having kids and having a zero size body or a chand sa chamkta chehra like some showpiece. When no gurl is thrashed for being a divorce, a single mother or a working woman. She already has alot of strength for all in her plate please Stop! Freedom of thinking, expressing, feeling, dressing, being sensitive and vulnerable, making our voices pitched high, influencing, leading, gaining respect, feeling safe, making decisions and taking charge.
Right now I'm not talking about it wrt any religion or culture. I'm talking about a girl's dilemma. If someone tells you that you're precious that's why you have to stay imprisoned so we could save you, protect you from our own breed! How would that make you feel guys? I agree that we are made physically weaker and men are ranked higher in our religion but Allah also asked them to prove themselves worthy of that respect and rank.