Helena Hann-Basquiat dabbles in whatever she can get her hands into just to say that she has.

March 22, 2014
A Lord of the Flies parody featuring a bunch of spoiled rotten girls from some prep school (think Paris Hilton types or Kardashians). Hilarity ensues. Absolutely no redemption. It's just purely a diatribe about how useless they are.
0
0
March 22, 2014
Oops!
0
0
March 22, 2014
Story of my life!
0
0

Marie Bailey
March 22, 2014
Ah, where did you come from? I just saw that someone named Beth had just replied to a tweet promoting this ask session!
Hello, darling! Come to celebrate?
0
0
March 22, 2014
I'm sorry, ma'am--did you have a question!
0
0
March 22, 2014
Hi Beth
0
0
March 22, 2014
Yikes! Sorry I missed your question! I'm a couple of greyhounds in the bag! Very excited - we have ordered the books and are sending out surveys right now!
0
0
March 22, 2014
I think that any hype that this book can get, any good press that it can get is the equivalent of a stellar resume for when I'm trying to court an agent or publisher. After all, I'm still writing.
0
0
March 22, 2014
Chuck, of course! But from a safe distance.
0
0
March 22, 2014
Good question. In a couple of weeks, likely mid to end April, we will be sending a follow-up email to all backers letting them know that the book is up on Amazon, and asking them to place reviews on Amazon and Goodreads etc.
0
0
March 22, 2014
Two dozen and one greyhounds (spot the Simpsons reference). (See my vest see my vest made of real gorilla chest)
But seriously, tell The Boy that some days were better than others - or worse than others depending on your point of view.
0
0
March 22, 2014
I think I had this delusion that if we just put it out there that people would come. But honestly, after the initial first couple days of pledges, it felt like every pledge I got after that was a result of Jim or I grabbing people by the scruff of the neck and saying pledge dammit!
I figured this is all part of just trying to gain an audience. When I look at how well we have done, I have to say it was all worth it.
0
0
March 22, 2014
1) That people would demand more from what they read. It breaks my heart that 50 Shades if Grey sold so much.
2) That I could be half as sardonic as Chuck Palahniuk and a quarter as funny as Christopher Moore
3) That there could be just one more Kurt Vonnegut novel.
0
0
March 22, 2014
Yes, tell all your friends!
0
0
March 22, 2014
A party call. To remind people.
0
0
March 22, 2014
I started writing it almost a year ago today. The first draft of what was to become volume one was completed I believe around July. So then I guess about four months worth of editing, formatting, editing again, proofreading, and then finishing up for publication, with occasional breaks for bouts of depression or lack of confidence as to whether I should be doing it or not!
1
0
Liked by: Marie Bailey
March 22, 2014
As Dr. Nick Riviera from the Simpsons once said "the most rewarding part is when you give me my money". But seriously -- it was a constant anxiety attack for me -- honestly I felt like a pushy salesperson. Every time I posted something every time I tweeted a reminder I heard a little voice in my head (which I attributed to everyone reading) saying: "oh God not Helena again! Here she comes with her hand out."
I never wanted to be that person. It is going to take some getting used to if I ever do this again.
The most rewarding part was having people cheer me on. The amount of outpouring of love and support was almost overwhelming at times.
I received a couple of emails from people that wanted to get more aggressive than I was about asking for backers! (just be glad I didn't send them knocking on people's doors)

1
0
Liked by: Marie Bailey
March 22, 2014
It wasn't my first choice, but in the back of my head I sort of knew that it was going to happen from the very beginning. After all, how do you categorize my writing? I did send queries out, but trying to explain the memoirs to an agent or publishing company that wants your book to fit neatly into a genre proved very difficult. Did I try to sell it as women's fiction? Did I tried to sell it as a nonfictional memoir? Did I tried to portray it as humor?
I tried and I couldn't even get a look. This didn't surprise me very much. But I knew that there was a market out there that will enjoy my book, and so I decided to self publish, and then Jim took me under his wing and decided to make a project out of it, to see what we can do with it. It may end up going nowhere, but if all it results in his gathering some attention and maybe some new readers for future endeavors then I will count that as success. Plus I'm very proud of the finished product whether or not it sells a hundred copies A thousand copies or only what's been pre-ordered so far

1
0
Liked by: Marie Bailey
March 22, 2014
I actually had a couple of beta readers and then a couple of editors. I have worked as an editor before, and so I'm pretty meticulous about my finished product to begin with. But then I had Hannah Sears read through the whole manuscript, and then Jim, who works as a professional editor, gave it the final edit. I guess in this case you'd say it just pays to have friends who do it for love rather than money!
1
0
Liked by: Marie Bailey
March 22, 2014
No worries Marie. I too am multitasking. Was on the road picking up tickets to go see Morrissey. So all in all a good day!
1
0
Liked by: Marie Bailey
March 22, 2014
Sorry it took me so long to respond. The cover art was something that almost took me 3 months to settle on. Not that I settled -- I'm thrilled with what I got. But the process of trying to explain to an artist what you want and having them respond using their own imagination proved to be quite difficult. In the end I browsed through the artist's own collection of art for inspiration - so that I could say here that something like this! But even then, what she came up with wasn't quite what I wanted, and I slowly came to realize that what I was really in love with was the picture that I chose. Luckily for me Ros was willing to part with it so I could use it as my cover. The art for Three Cigarettes was actually done by a filmmaker friend of mine - and he whipped that up in one evening taking a picture of his wife's hand!

1
0
Liked by: Marie Bailey
March 22, 2014
I'm excited, I'm relieved, and yet I know that I can't let up. It's not enough that the Kickstarter was successful and now we have some promotional funds. Now I have to reward the faith of the backers and do something productive with the money to kickstart the book. Jim and I will be tossing around ideas about this today.
1
0
Liked by: Marie Bailey
March 22, 2014
I have heard of this, and it can't be any worse than a Brazilian wax.
0
0
March 22, 2014
Ah, the drawbacks of not being geographically compatible. When I start doing book tours we'll have to make the time for consumption of many greyhounds and solving the world's problems.
0
0
March 22, 2014
Yes it's working and you're the first question
0
0

This user hasn’t answered any questions yet
Ask @HHBasquiat 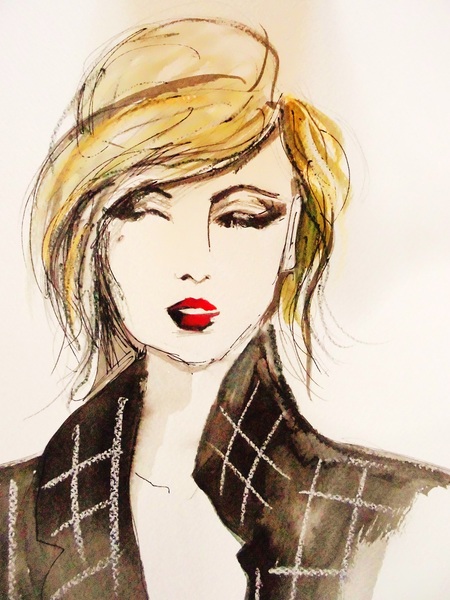