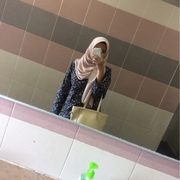 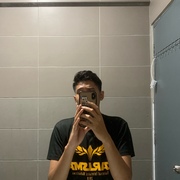 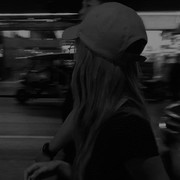 daisy
September 04, 2017
Be honest about what you like and what you don't like. And remember to jaga hati orang lain jugak.
Berpada-pada lah dalam permintaan tu, orang lain pun manusia jugak. Jangan terlebih sensitif untuk hal yang biasa2. Kalau hati terlebih sensitif jaga sendiri la, orang lain pun ada hati sendiri nak jaga
0
0
September 04, 2017
"Hey, hey, hey, hey!" I said, "Hey, what's going on?"
4 non blondes - what's up
0
0
September 02, 2017
I ran away from home, get on MRT and went beraya at my friend's house hahaha xD
Everything's true except for the running away part. Just kidding sesaja nak pergi beraya kampung orang sebab dah lama tak jumpa my best friend. Haha
1
0
Liked by: daisy
August 31, 2017
InayaAllah amin.. may Allah grant our wishes
0
0
August 31, 2017
Ikutla buah apa awak nak.. 😂
0
0
August 30, 2017
Erm.. who are you exactly? Hahaha
If a girl ditched you, you need to move on first, be happy with yourself and find a new love when you are ready. You should not give the responsibility of making you happy and move on from that girl to another girl.
That is a big responsibility for another person. You, yourself should be responsible of your own feelings and happiness.
0
0
August 30, 2017
Just be yourself and dont try so hard be someone you are not. And the most important is your self worth. Never invest more than your feelings. Some girls invest too much, giving everything eventhough baru suka sikit just for the sake to mengorat the guy. That is wrong.
Even if you like the guy dont invest too much. Invest a little, and if he invests back, then u tambah lg sikit. Jangan abaikan diri sbb nak tambat hati org lain.
All the best girl ☺
0
0
August 30, 2017
I dunno if people always wants to feel they are better than everyone else, because I always know so many people who thinks they are worse from everyone else and try so hard to show they are better.
I dont feel like they are better, but I pity them because they need to do something to make themselves feel they are better than everyone else.
I am at the age where I see people and I always try to think why they act like that.
However, just be yourself. Being better and whatnot is just people not accepting themselves.
Learn how to be happy with who you are without the need to have other people's approval.
0
0
August 29, 2017
No food, and I am also hungry 😂
0
0
August 28, 2017
I read lots of mangas.. Like 2000++ I am not sure I can decide for just three.
But if it's novel, which I read it rarely. Erm..
Tanglewreck by Jeanette Winterson is nice because it has this fantasy, mystery, survival and a little bit of sweet love in it.
0
0
August 27, 2017
Aa sudah.. Bahasa apa pulak ni 😂
Yep i only understand life is brutal. But u need to be more brutal than that peace yo
0
0
August 27, 2017
😂😂😂
0
0
August 26, 2017
Don't cry.. Are you okay?
0
0
August 25, 2017
Kisah pulak aku muka garang ke sombong hahahaha takde lah gurau2.
Okay, thank you for the compliment and nasihat haha kalau selalu nampak tegur je, saya tak makan orang. And saya jenis suka gelak2 gurau.
Dah biasa dah org ckp saya mcm sombong haha 😂
Saya selalunya mengantuk or rabun, and especially kalau awak selalu nampak saya kat sekolah(?) ke which is beberapa tahun lepas so lagi la saya jarang pakai spek, padahal rabun.
Kalau nampak sekarang pun, saya selalu fikir benda lain waktu berjalan, jarang tengok orang. Tapi kalau nampak tu tegur je, I dont mind 😁😁😁
0
0
August 24, 2017
Wassalam.. Yep student putrajaya
0
0
August 24, 2017
Waalaikummussalam
0
0
August 22, 2017
Dunno if it's old or not but the GazettE has formed since 2002 so they're quite old already.
0
0
August 22, 2017
Hai
1
0
Liked by: Haqim
April 14, 2017
Obeying stupid unreasonable rules
0
0
April 13, 2017
Didnt really think too much about it, many times people had did the worst to me, some without my knowledge, some i knew, and i really wanted a revenge now and then, but.. I just don't bother with it that much or im just not into lowering myself to a level where i tried something bad just for the sake of payback, i just let God do it for me. As i know, im a human, God knows better and maybe God can give better payback than I do. And you know what, as i always give my trust to God, something better did really happen.
there is someone used to be a close friend of mine, using me and being friends with me only at appropriate times, then i decided to tell that person my thoughts, but that person's ego was too high, so my thoughts didnt received well, but instead at other social media that person was mocking me and calling me names such as **ck that **t*h and said bad things about me apparently which i didnt knew at that time. I only found out later how much a hypocrite that person was when i look through that other social media much later time.
So returning back to what happen right after i gave my thoughts and that person cursing me at a social media platform which i dont have which is so cowardly because 'curse me to my face if you dare right?' , actually the very next day after that happened, that person's smartphone got stolen. Which was a bit of karma because the stolen part has got something to do with what I was saying about how that person's not appreciating things, so yeah, got cocky about things God gave what you deserved.
What Im trying to say here is that, no matter whether the person said bad about me, treated me like shit when i treated them as my best friend, i didnt payback or anything, not even saying anything bad about that person, then God decided to do that part for me.
So i guess be the bigger person especially of you believe in God ☺

This user hasn’t answered any questions yet
Ask @H_noSora 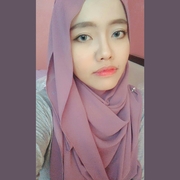