5 months ago
wow I can’t believe I stayed off ask for a month just now lol. i am good! there was a covid-m related death in my family and I have been back in california w my mother and sisters. it’s been so good to spend so much time with my nieces and nephews.

9
125
Forward the question
7 months ago
Ace Ventura: Pet DetectiveDumbo 🥴Charlie and the Chocolate Factory (especially the book and 2005 movie) I have a feeling the Night at the Museum movies haven’t aged perfectly that’s all I can think of rn

2
0
Forward the question
7 months ago
blaine
chad
neil
cortland
chauncey
sonia
bianca
tiffany we’re some of them! interestingly I noticed that Chad and Tiffany were the only names to be mentioned multiple times.

2
0
Forward the question
7 months ago
even worse 😬I had to google it to remind myself, but she posted selfies w the caption “sheik pu**y”

1
0
Forward the question
+1 answer in: “Are there any celebrity scandals that still crack u up?”
7 months ago
yes!!! I love it. I watched it during the beginning of quar lol.

1
0
Forward the question
+1 answer in: “Last night while looking up her song Milkshake, I realised that Kelis now does cooking videos on her youtube channel where she also posts her music. Has anyone ever started something new and made you think "that's new and different for them"? If so, what was it?”
7 months ago
flossing ur teeth and sitting down and scrubbing ur feet w a washcloth and soap are two boring things that feel like self care to me

3
0
Forward the question
7 months ago
I have this slight obsession with watching non-cooks on cooking shows ! lolI love Bon Appétit’s Back to Back Chef bc it’s so fun to watch random athletes and celebrities try to follow along w a dish without watching, and just from listening.

2
0
Forward the question
7 months ago
pozole, tamales & enchiladas(and some type of cocktail made of champagne, cointreau, and cranberry juice lol)

3
0
Forward the question
+1 answer in: “Does everyone eat turkey for Thanksgiving?”
7 months ago
yea facts. pro-israel organizations/sentiments have so much influence over the american government, what I say on the internet doesn’t really matter lol

2
0
Forward the question
+1 answer in: “Would you stop funding to Israel and why? Understand that Israel has many enemies.”
7 months ago
no lol

3
0
Forward the question
+1 answer Read more
7 months ago
lol this isn’t even a specific scandal BUT I always look at the videos of Hailey & Justin Bieber where their relationship just seems... bizarre. they really fascinate me and I can’t tell why they’re married. rn the only specific scandal i can think of, that makes me laugh at least, is when scott disick dressed up as a Sheik & then posted abt it on instagram w the caption “Happy halloween, we getting Arab money tonight.”

1
5
Forward the question
+1 answer Read more
7 months ago
ugh that’s obviously not what I mean. I feel like people argue w me without even reading my responses. by “that’s not how they’re gendered” I basically just mean the idea that red is men and blue is women. I think women who vote red are voting against their best interest but that’s not what I’m talking about. all I’m saying is that this idea that the dichotomy between left and right is also so clearly gendered.

2
5
Forward the question
+2 answers in: “When people talk about the statistic that 55% of white women voted for Trump, like what are we supposed to do with that information?”
7 months ago
why have I gotten three questions about no longer funding israel in the past 10 hours lol

1
0
Forward the question
+2 answers in: “When people talk about the statistic that 55% of white women voted for Trump, like what are we supposed to do with that information?”
7 months ago
oh this has an easy answer. I think it means white women should be careful abt how they use their gender in political conversations. like saying “I only feel comfortable talking abt how much I hate Trump before my male coworkers arrive. is not a totally fair assessment of how these political conversations are gendered. I hope this makes sense!

2
0
Forward the question
+1 answer in: “Does it make u cringe when white people make a point of being like “ughh I haaaattteeee white people””
7 months ago
so funny you mention that! Godsgift’s brother (who is the basketball player) is named Precious, and I have known multiple black americans names Precious. I have also met two black american girls named Princess. sounds naive but I didn’t realize how much overlap there would be between Nigerian names and black american names! I thought black people were inventing all these. it’s “a word adopted from a foreign language with little or no modification.” I am sure there are times we think we’re just borrowing something from another language and totally mangling it or misusing it lol.

1
50
Forward the question
+1 answer in: “I was just googling Irish names and an American site said "Hurley" is a beautiful name that means "ocean tides" but it actually means either "wood" or "sports equipment" here in Ireland. What's a funny misunderstood name or word from where you live?”
7 months ago
I didn’t say offensive, I said ignorant of intersectionality. I also don’t think it’s accurate. go research misogynoir if you need more info, but I truly am not seen as black first. I am seen as a black woman first. p.s. hypothetically if the black community was less homophobic/less misogynistic I think reactions would be different and it would feel more like “but clearly were all black above all else” but it’s not like that. identities intersect and are always at play w each other.

2
0
Forward the question
+6 answers in: “A spiritual acct on twitter (hoodhealer if you’ve ever seen them) is getting called homophobic for a tweet that said “you’re black before you’re gay.” Would you call that homophobia?”
7 months ago
yep! but they’re also different than if I was a black man. I’m mot making this up, u can google “intersectionality” or “misogynoir” if you want to read someone smarter than me explain. I feel like I explained it okay in this thread of questions tho. I don’t get ur point. I said I understood why black gay people didn’t like the tweet, and at the end of the day... it seems that they didn’t like the tweet. so ur not gonna be able to prove me wrong and idk what else you want me to you talk abt.

1
0
Forward the question
+6 answers in: “A spiritual acct on twitter (hoodhealer if you’ve ever seen them) is getting called homophobic for a tweet that said “you’re black before you’re gay.” Would you call that homophobia?”
7 months ago
idk if I am too cynical but my first thought was too wonder if it was Irish people trying to prank americans who didn’t know much abt Irish names but were like “we’re actually irish we should choose an irish name!” lol there’s probably so many “loan word” names we get twisted that don’t really mean what I think! this isn’t really the same but A LOT of “mal” names have bad meanings bc mal is the root of bad. like Mallory, means unfortunate person.... sometimes I think names don’t translate well. there’s an NBA player who has a brother named Godsgift (all one word). the family is Nigerian I think? I bet there’s nigerian names that are basically “God’s gift” but in English it’s pretty rare to have a name like that, with a possessive word and noun all shmushed together. oh also if a white person ever says to you “I got my name bc actually my great great great grandma was a cherokee princess, my name is...” I almost guarantee whatever name/historical significance behind it is made up lmao

3
50
Forward the question
+1 answer Read more
7 months ago
I have had this acct for so long and when I made it I was living in chicago! so that’s probably why

2
0
Forward the question
+2 answers in: “What part of the region are you from?”
7 months ago
at the end I meant to say *would not (obv)

1
0
Forward the question
+6 answers in: “A spiritual acct on twitter (hoodhealer if you’ve ever seen them) is getting called homophobic for a tweet that said “you’re black before you’re gay.” Would you call that homophobia?”
7 months ago
okay honestly if a black woman said to me “I think we’re black before were women” I would prob listen to her reasoning. but I would still prob disagree bc ultimately intersectionality is really important. black women experience racism (as a whole societal system that affects them and their families, communities, children, parents). black women experience sexism (in a lot of ways, but also within the black community. from black men and even their fathers and husbands). black women also experience a very specific type of oppression called misogynoir. when I imagined someone saying “you’re black before you’re a woman” honestly I imagined a black man saying it lol, and I wouldn’t like it bc I don’t think anyone can dictate to me which identity comes first or affects me more. if I was black before I was a woman I would experience misogyny from black men, within the black community, I wouldn’t fear violence from men of all races, etc.

1
0
Forward the question
+6 answers in: “A spiritual acct on twitter (hoodhealer if you’ve ever seen them) is getting called homophobic for a tweet that said “you’re black before you’re gay.” Would you call that homophobia?”
Next 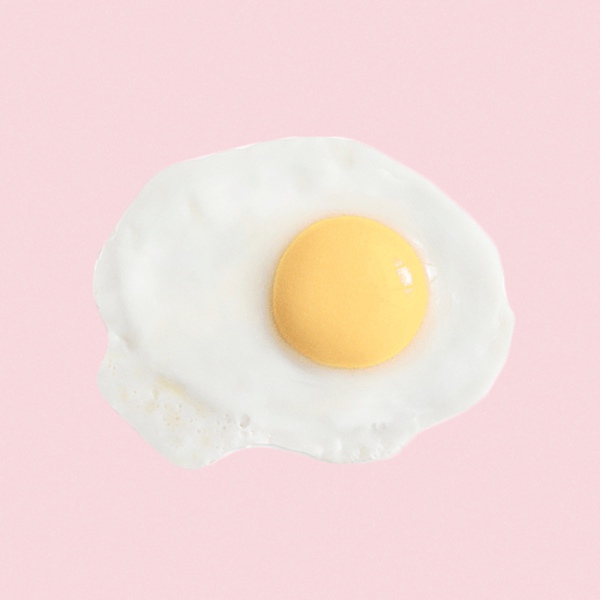