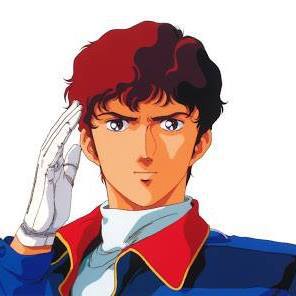 It just means "also applies to the shadow version of this move". For example, a damage ender could be the normal version or the shadow version, so I'd list it as "Tiger Fury (shadow OK)". You'll also see "air OK" elsewhere, which means "this move can also be done in the air".
0
October 15, 2017
Lots of people do quarter circles on 360 pads just fine, so I wouldn't use that as a reason to avoid QC characters. If you find it impossible to do and you like a back-forward character, then go ahead and play them, but I wouldn't avoid QC characters because of your controller.
1
January 12, 2017
Haven't decided yet. I think it's probably 50/50 that I'll do him, or that the guide will stay in its current form.
0
November 22, 2016
I think it is character dependent, I don't think there is a standard for whether a move gains more meter in a combo because it does less damage.That said, most combos don't build a ton of shadow meter; to verify this, just look at the meter you build when you are comboing someone after round 1, you usually only get about 20% of one bar for the entire combo of heavy autos and linkers. So whatever advantage might exist on a per-move basis is going to be pretty minimal.In general, the best way to build meter for characters without battery enders is to make them block moves in neutral. You get more meter if your move was blocked than if it hits, and this is especially true of projectiles. So someone like Mira, who has no battery ender, builds a ton of meter because she is constantly making you block st.MP xx light bats, and this string (and others) just generates a ton of meter for her.

0
September 26, 2015
I think he's a very well animated character! I didn't get to play him very much unfortunately, but I do know his moveset will be tricky to balance (characters with air mobility usually are), so I look forward to seeing what they do with the zipline/tongue move in particular.
0
September 04, 2015
I rewrote my combo breaker page just the other day (so check it out if you like), but KI's combo breaker system starts to work every time you get hit by a special move. So, Inferno is a special move, so anything you try after it becomes breakable, including cancels and stuff.Hisako (and Orchid) have rekkas that are really... weird. They don't trigger the "this is a special move" until the 3rd hit, so you can do raw 2 hit rekka into shadow move and this is not breakable because the game thinks you haven't done a special move until the shadow move. On the other hand, if you do a normal canceled into 2 hits of rekka and then further canceled into a shadow move, THIS becomes breakable because of the 3-Move Rule (check my rewritten combo breaker page: http://ki.infil.net/cbreaker.html); the normal is your first move, "2 hits of rekka" is your second move, and the shadow is the 3rd move. The game still thinks you haven't done an opener or you haven't done a special move, but the 3-Move Rule catches this specific case.I will go through my Hisako page and make sure that I make clear what is and isn't breakable about 2 hits of rekka into shadow move... it's possible I have some misinformation here.

0
September 03, 2015
Hopefully there is a bit of that scattered in each of the pages already! But ideally, yeah, it'd be cool to have a section like that on each character page. Unfortunately it's a ton of work, but I'll keep that in mind if I have some time in the future for expanding the guide at all!
0
September 03, 2015
Yeah, some special moves can't be canceled into linkers/auto-doubles, but CAN be canceled into shadow moves (and then these shadow moves can be openers if you want). Inferno is like that for Cinder but it's not the only move in the game like that. Orchid/Hisako can do the same after 1st or 2nd hits of their rekka specials, Aria can do the same after medium Allegro in blade body, most characters can cancel their fireballs into shadow openers, etc.Inferno is a little unique because you MUST cancel into shadow inferno/fission in order to continue the combo (you can't do a manual after it or continue the combo any other way), but it's not the only move in the game that isn't an opener but lets you cancel into shadow openers.
0
August 15, 2015
You get the neutral version, and it will be breakable via the same rules. You also get the neutral version if you do special moves directly after jump-ins (even though the jump-in is an opener, all special moves are links/manuals for some reason), which can make for some tricky break situations (if you do a shadow move, for instance, it's breakable but you get the "opener" version which might have different timing than the linker version).You can do Orchid's rekka string as a manual in some situations, including as a link after grenade if you set it up correctly, but the unblockable HP one has a lot of startup and it never combos. But yes, you can try to reset with it.
0
July 26, 2015
Interesting question that I don't really know how to answer without recording footage at 60fps and doing a frame by frame comparison. My guess, however, is that if you manage to crouch on one frame and then press a button on the next frame, you will immediately go into the startup for your crouch attack and "cancel" however many frames are left on the crouching animation.
0