My name is Logan and I like trying new things as long as they don't make me sick to my stomach.
USA
http://loganworm.tumblr.com/ 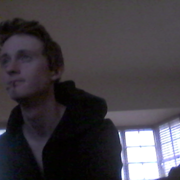 king kal
May 08, 2016
The excitement is building!
0
0
April 18, 2016
Too hard to do, but Josh and Erik would be in the top 3.
0
0
April 18, 2016
I feel as if Roman did deserve to win, but Paul was also very deserving. In the end, Roman should have had a bit better jury management because if he would have had one more vote he would have won.
0
0
June 08, 2015
(in no particular order):
-Colton because it was such an early move and so unexpected especially after the Brittany vs. Kelly fiasco.
-Patrick because the Patrick and Felix duo clearly was a pre-made, so it was great seeing Felix fight on his own especially since they survived the pre-merge on challenge wins mainly.
-Josh K (if this counts) because Paul played the idol and either way Josh K would have been sent packing. The end stretch of Floreana basically sinked their chances of winning the game and the Marchena Three stampeded to the Final Four! Also, first and only returning player sent out.
0
0
June 08, 2015
At least 4. Maybe more?
0
0
June 07, 2015
I answered those questions after the seasons ended. That's why at the end of each question it says, "(# days ago".You're right, I would never answer a question like that during the game.
0
0
June 07, 2015
Idk that's a great question.
0
0
June 07, 2015
I do not!
0
0
June 03, 2015
For All-Stars I sent out invitations to all people I deemed as eligible. For that season, and that season alone, I only allowed a maximum of 3 people per season to make up the 18 person cast. From there I was able to narrow it down to 18 castaways perfectly as the rest did not return my mails because they were MIA. For that I may have had some sort of application.For Exile Island, I asked about 5 people if they had wanted to return. They filled out an application similar to the new players and then I selected the best castaways for the theme and those who wanted to play the most.For other themes it may be far more competitive, and so a more full casting process may take place. However, I usually make a long list of names that I shorten before I send out invitations. TL;DRSo far it is invitation only, and those who have the best applications and determination comes back.

This user hasn’t answered any questions yet
Ask @LoganWorm