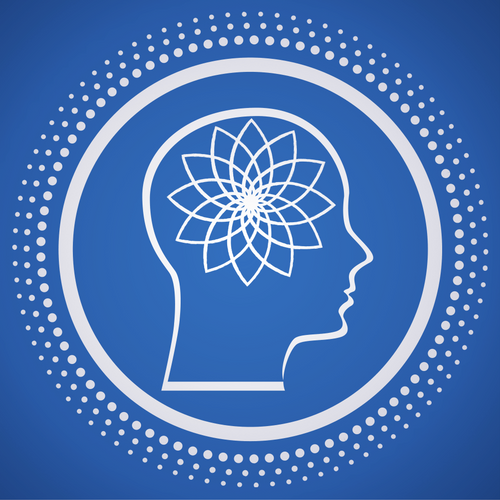 Nanak Naam
November 24, 2015
Follow
People often have difficulty understanding that "God in NOT inside us". God is EVERYTHING that you are. All that is good and all that is bad, all that we love and hate about ourselves is ALL god. God is everything about us. We are God and God is us. It is just that we have not realised it yet and continue to live our lives in the blissful ignorance that we are separate from God. This is why I prefer to use the term Universe instead of God. That way we don't attach all these human-like characteristics to God. It is much easier for us to understand that the universe is not inside us, but instead we are made up of the universe. Everything about us is the same as the universe around us. This is the first step to realising God. We must break our pre-held notions of separation. The next step is to practice Naam Simran. This is where we use mantar to constantly remind ourselves that everything is God, including You, the person doing the Naam Simran. Essentially we want to re-train our minds to realise that God is the only thing that exists. There is no You and Me, just God talking to God.
4
0
Liked by: Gurpreet Dilraj Somel Manpreet
❤️ Likes
show all

October 13, 2016
The recommendation for taking Amrit is alway to have a period of time where you are practicing first. So start by following the rehit completely for about a year and then you will know if you're able to commit to it and not break any of the Kurehit.Here are the four kurehits:Hukka - taking tobacco (including any other type of intoxicants).
Hajamat - cutting/removing of hair.
Halal - eating Halal/Kosher or any religious slaughtered meat, except Jhatka.
Haram - adultery or sexual relationships outside of marriage. Of-course there are many variations of rehit which Sikhs follow. You should do your own research on these and decide which rehit you feel is authentic to the Guru's teachings.
7
October 03, 2016
Gurfateh Ji, I think Jaap Sahib is very interesting as there are few bani’s which are so highly poetic in style. This allows us to fall into an almost trance when reciting it which makes us forget our worldly problems and only focus on the sound and words. Part of reason for reading bani is to use that time for us to change our perspective away from ourselves and see the bigger picture in life. Also, the constant use of ‘Namo’ is Jaap Sahib makes us surrender ourselves to the divine, so that we understand that we are not the controllers of our own destiny.
3
January 13, 2016
Lohri is the pagan winter solstice festival of the Punjab region where people thank Mother Nature and celebrate the end of long nights and the harvest of crops such as peanuts.The connection with newly weds and new babies is to do with the time of year, signifying the end of long nights and the beginning of longer days with more daylight. So essentially people celebrate this as a Punjabi new year by rejoicing in all things new (including sons and daughters). Earth, fire, wind, water and spirit are celebrated (not worshipped) on this day, as we recognise them as energies of Nature, each of which is essential for human life. So we owe a lot to these elements as they create us and our newborns.But isn't Vaisakhi the Punjabi New Year?Traditionally Punjabi’s celebrate a few new year’s, (why should people be limited to just one per year?)Lohri – The beginning of longer days
Vaisakhi – The beginning of the new harvest year
Divali – The end of the harvest season and prayers to Lakshmi Devi (Goddess of money) for wealth during the season of lower yields.These have anything to do with individual religions. These have all existed in the Punjab region for thousands of years and truly belong to the indigenous people of that region. Religions all over the world have always merged their traditions with the celebrations of the local people and cultures and Sikh festivals are also aligned to pre-dating cultural celebrations.What does Sikhi say?Sikhi holds no value in auspicious or holy days and sees every day as an opportunity to worship and surrender to the permanent divine Oneness. Lohri marks the end of the cold winter month of POH. Gurbani says:ਪੋਖਿ ਤੁਖਾਰੁ ਨ ਵਿਆਪਈ ਕੰਠਿ ਮਿਲਿਆ ਹਰਿ ਨਾਹੁ ॥
In the month of Poh, the cold does not touch those, whom the Husband Lord hugs close in His Embrace.ਮਨੁ ਬੇਧਿਆ ਚਰਨਾਰਬਿੰਦ ਦਰਸਨਿ ਲਗੜਾ ਸਾਹੁ ॥
Their minds are transfixed by His Lotus Feet. They are attached to the Blessed Vision of the Lord's Darshan.And rather than burning offerings into a fire and praying for a prosperous and bountiful new year, the Guru says that a Gurmukh gets everything they need when the Oneness is revealed to them:ਰੁਤਿ ਸਿਸੀਅਰ ਸੀਤਲ ਹਰਿ ਪ੍ਰਗਟੇ ਮੰਘਰ ਪੋਹਿ ਜੀਉ ॥
In the cold season of Maghar and Poh, the Lord reveals Himself.ਜਲਨਿ ਬੁਝੀ ਦਰਸੁ ਪਾਇਆ ਬਿਨਸੇ ਮਾਇਆ ਧ੍ਰੋਹ ਜੀਉ ॥
My burning desires were quenched, when I obtained the Blessed Vision of His Darshan; the fraudulent illusion of Maya is gone.ਸਭਿ ਕਾਮ ਪੂਰੇ ਮਿਲਿ ਹਜੂਰੇ ਹਰਿ ਚਰਣ ਸੇਵਕਿ ਸੇਵਿਆ ॥
All my desires have been fulfilled, meeting the Lord face-to-face; I am His servant, I serve at His feet.

3
November 16, 2015
Gurbani has used several phrases to explain the state of "being in the moment". It is not just about you being able to leave your physical body, or being in a state of meditation. It is more like being able to totally let go of everything, including who you are and everything you understand to be ME or MYSELF or MINE.Jeevan Mukht is where you no longer exist. Although physically you are still alive, your Self-identity and sense of "me" or "I-ness" is no longer present. You stop thinking about yourself, you no longer have a desire to merge with the universe, you simply know yourself to be one with everything. Everything now becomes the universe. There is no distinction between you and God, there is only one! Hence IK-Onkaar!
6