November 03, 2015
Given up my self-esteem and my sanity. Never again, you guys, he did not deserve it.
0
0
July 13, 2015
Cold weather person. Extremes are bad in either case, but I begin to feel physically ill when it's over 25 degrees here in Denmark, while I just whine about it being cold when it's below -15 XD
0
0
July 09, 2015
Normally I just relax with either my laptop or some books. NOT THIS SUMMER THOUGH! This summer I decided that I hadn't had enough of classrooms and homework so I took a German course! XD
1
0
Liked by: Marie 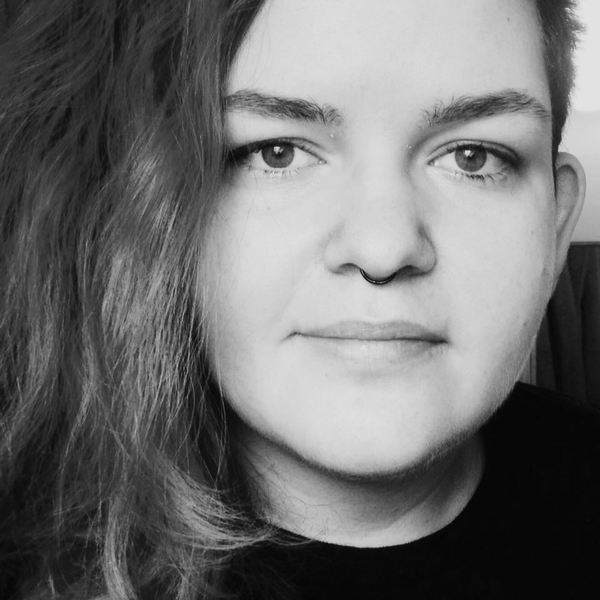 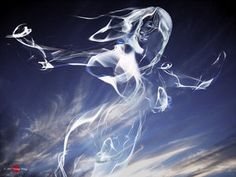 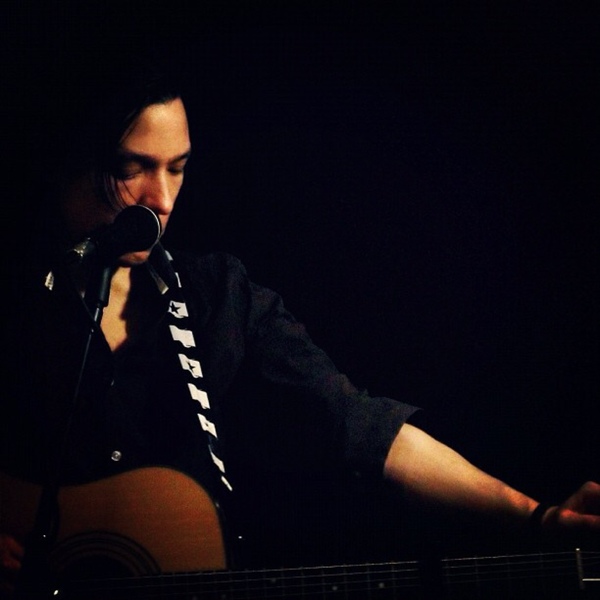 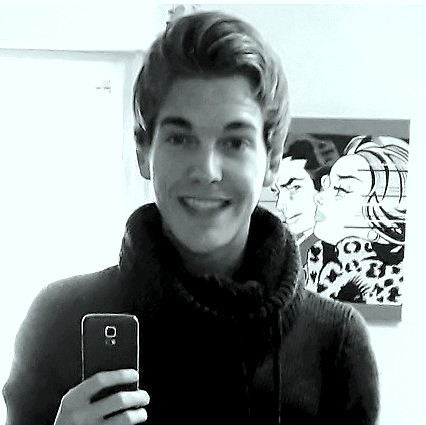 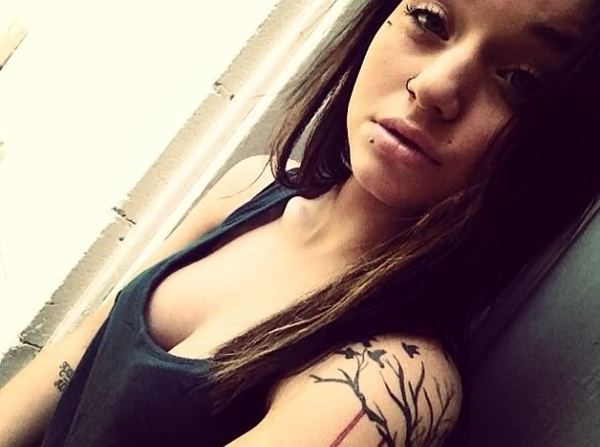 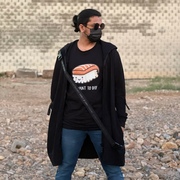 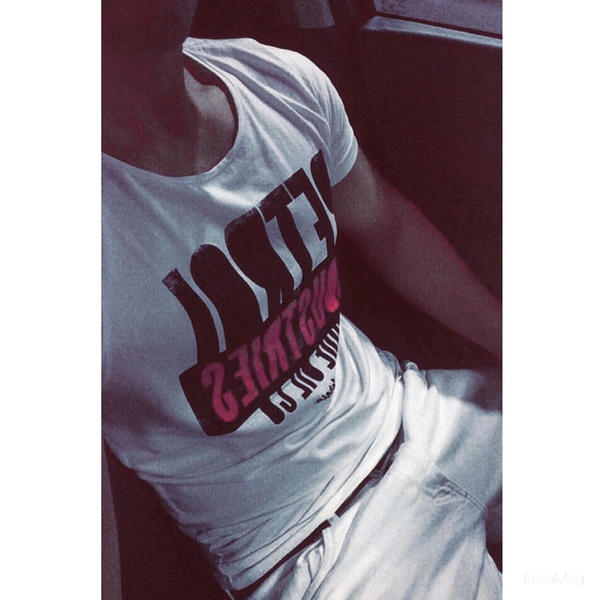 Sushant
July 07, 2015
This question has been in my ask box for over 6 months. I clicked the give-me-random-questions button and suddenly it appeared. At the time it seemed pointless, but something in me felt like it was wrong to just delete it. And here I am.Yes, I need help. I have serious mental health issues. I get anxiety attacks without warning, suffer from intrusive thoughts, have days where doing anything seems like running a marathon and at least once a day I think about running away from everything and never come back, just vanish. Once in a while over the last couple of months I even had some utterly horrible thoughts like "If a car came speeding at me, would I really try to avoid it?" or "It would sure be nice, if I didn't wake up tomorrow".So yes, I need help. And it is so hard for me to say that, to admit that, so please don't attack me. I am already fighting one of those surprise anxiety attacks and I am both super exhausted and completely awake, so everything sucks right now.

0
0
June 08, 2015
Not having a panic attack just from being in my apartment for starters. Other than that I have been able to admit to myself that I might have a mental disorder and that there's nothing wrong with that. A year ago I feared it, but kept dismissing it because I knew people with depression and bipolar and this voice in my head kept telling me that my issues were not severe enough.
I have also become better at making schedules after having some bad experiences with the boss I had during my internship, which also taught me not to believe that an authority necessarily is superior to me when it comes to my field.
0
0
May 31, 2015
That in a month it won't be my city anymore. Can't wait to get out of here.
0
0
May 21, 2015
It depends on your relationship, but even then one should tell them almost anything. I would never tell them about the details in my sexual life... although it could be fun to throw that in their face if I ever cut contact to them.For me personally there are certain factors that play into me not telling them everything. E.g. I have only told my mum that I am queer because my dad is pretty homophobic, but she is not really supportive either (she is deeply influenced by having been in Jehovah's Witnesses her entire childhood and youth), having uttered the actual sentence "I may tolerate it, but I will never really accept it". I fear my dad's reaction to me being queer.Also my parents tend to make light or fun of everything I say or worry about. When I point out racist stuff they make fun of me for being "too PC", when I told them about some dude touching me without my permission my dad said that I was overreacting, when I get agitated with the world and express my wish to change patriarchal structures in society they call me idealistic and tell me I can't save everyone. Whenever I mention mental disorders they say that people with those disorders just need to pull it together, which is also why I haven't told them about the depression I suspect I might have, because they are already telling me that my anxiety is just me being overdramatic.I rarely tell my parents anything unless it is something positive, because really I don't have energy or strength to keep arguing with them that everyone has the right to be treated as human beings. It has become triggering for me because only a year or two after I moved out I realized that they have never really listened to me, that they never take me seriously and that I had spent decades trying to gain their recognition even though I shouldn't fight for that; my parents should acknowledge me merely because I am their child, but they only do so when I am successful.

0
0
May 08, 2015
If you do not include mourning the loss of all my friends, the first of all, if the weather was warm, I would walk around naked for some time, because no one would be able to comment on my body or feel violated by my nudity. Then I would probably start to visit different libraries, both to take advantage of having them all to myself and to learn about surviving in the wild, such as hunting, building shelters and tools, cooking and maybe taming and training animals to help me hunt. Since no one would be there to operate the machines in power plants or public transportation or oil platforms, I would have to get around by foot or bike or horse and there would be no electricity or heat or running water in any houses, so my best options would be living close to the wild to have fresh water, materials to build with and animals.At some point I would probably get existential as fuck over being the last human being on Earth, feeling incredibly lonely which might end in me killing myself. If I didn't commit suicide, I would try to survive for as long as possible, trying to leave my mark on Earth, in case aliens would one day arrive and discover the ruins of some civilization, try to explain what happened (through visual images because they presumably do not know our languages or even our alphabets) and how our society works. Then when I knew that I could no longer go on, due to age, injuries or alike I would kill myself in the wild so that at least my body would be of use to the animals still around.

0
0
April 23, 2015
I am barely even capable of taming my own hair, it has its own life, do not put your hair in the trust of my hands!
0
0
April 23, 2015
I don't even know what that is, but from the name I am figuring it is something along like ask.fm so why the fuck would I have another account for questions?
0
0
April 23, 2015
While I do drive and like being able to get around on my own, I also tend to get so tired from long car trips if I am the one driving, so I can definitely see the benefits in having a car that can drive by itself. It could also help people who can't get driving licenses due to chronic illnesses such as epilepsy or narcolepsy.
0
0
April 23, 2015
I believe it is a tie between old books, the after-rain scent, lavender and wild strawberries
0
0
March 24, 2015
I like whatever they have decided fits them the best. I am not one to judge others' choices when it comes to their appearance, especially considering that I am currently sporting a tank top, some exercise trousers and a failed mohawk/sidecuts on each side of my head.
0
0
March 21, 2015
All of it.
0
0
March 21, 2015
I would really like a septum piercing. I have wanted one for years, but just did not have the money for it at the points when I had time and when I had the money I didn't have time. I also want some on the top of my ears rather than in my earlobes.
About five years ago I wanted snake bite piercings, but due to my medicine I have near chronic gingivitis, which is inflammation of my gums which would mean that my gums would get even more irritated, which in some cases could mean that the gums will shrink back making the teeth fall out. That is not a price I am willing to pay for a couple of piercings
0
0
March 18, 2015
"YOU FUCKING IDIOTS, STOP DESTROYING MY HABITAT AND KILLING MY FOOD!"
1
0
Liked by: Elaire
March 15, 2015
Considering how far some space technology has come in the past century, maybe, but HIGHLY unlikely.
0
0
March 09, 2015
Smart can mean many things. Some people have a lot of logical intelligence, others have great social intelligence. In general I would say that all my friends are smart in their own way.
0
0
March 06, 2015
Zzzzzz- huh? Wuh-what?
0
0
March 04, 2015
No, I already hate socks as it is, they give me some sense of claustrophobia. I feel this way about most clothes, though, so if I am not going out, I will not wear clothes.
2
0
Liked by: Michael Warming
March 03, 2015
Currently reading "Wyrd Sisters" by Terry Pratchett and last book I finished was "Daughter of Smoke and Bone" by Laini Taylor.
0
0
February 12, 2015
Not as a lifestyle, but from I was 16 till I moved out, I would some times have weeks where I ate accordingly to vegetarian standards to relief my digestive system a bit. Since I have learned that the frequency of epileptic seizures can be decreased by eating protein. I am considering becoming a pescetarian instead though.
1
0
Liked by: Elaire
February 10, 2015
Genuine kindness and respect for me as a person works much better than lousy pickup lines.
1
0
Liked by: Elaire
February 09, 2015
1-2, maybe. I have felt jealousy in previous relationships so I won't say 0, but I will say that whenever I do feel a slight stink of jealousy, it is almost immediately followed by a personal reminder that I am not entitled to any person ever and then it goes away.
1
0
Liked by: Elaire
February 04, 2015
Going to my parents' place a week before to celebrate it with my family. It is tradition for my family to celebrate my brother's and my birthday during the Easter holidays, because they are four days apart and usually fall in or close to Easter.
0
0

This user hasn’t answered any questions yet
Ask @NekoMcEvil 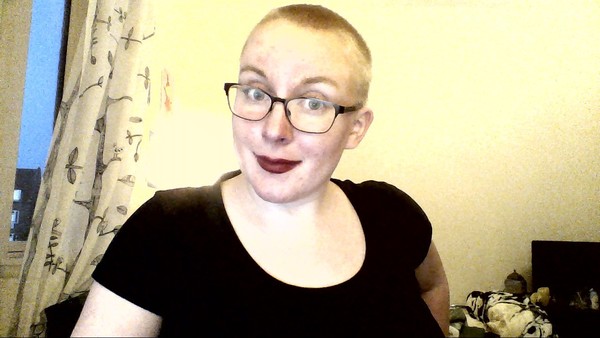