over 1 year ago
Yes, just haven't had a chance to do so.

0
0
Forward the question
over 1 year ago
I'm disappointed I don't live in Canada now. (AND I DIDN'T KNOW THAT SOMEONE MAIL SANTA FOR ME.)

0
0
Forward the question
over 1 year ago
The issue was fixed as far as I can tell :/ It seems there is still an issue if you don't put "www" in front--not sure why. I'll look into it again.

0
0
Forward the question
Want to make more friends? Try this: Tell us what you like and find people with the same interests. Try this:
#shopping #art #dance #electronicmusic #fun #hiphop #summer #fitness #party #beauty
+ add more interests + add your interests
over 1 year ago
Garnet, Rinoa, Yuna, Vivi, Cloud, Quistis, Zidane, and Eiko :) (also I love every Chocobo and Moogle)

0
0
Forward the question
over 1 year ago
Honestly, I like quite a lot of them which surprised me a lot. Like many of them grew on me.Teruteru often grossed me out, but I still felt he meant well. I'm also not a super huge fan of Nagito (because I think he's a crazy), but there's times where I like him too. Soda is another one that went back and forth for me. I think minus his obsession with Sonia, he wasn't too bad. I would say if I had to pick my least favorite, it would be Hiyoko. I get most of her character and that isn't really where my issues were--but where she was squishing ants because she liked the sound and that just made me super iffy about her and she's never fully won me over. I also don't care much for Mahiru who I just found iffy 98% of the time (in a similar sense to Tenko) and the times where I disliked her outweighted the few times I didn't. She just felt unnecessarily rude at times. Favorite characters would be Sonia and Chiaki. I also really like Fuyuhiko. Hajime also grew a lot on me after the Anime (though, Chiaki I feel they put too much on in the Anime which is a shame). Honestly, with the exception of Mahiru and Hiyoko, the first part of Despair really got me to like most of the characters. I had a lot of fun with the Danganronpa 2 cast.Also I adore Usami so it made me sad that pretty much all of them hated her :(

1
0
Forward the question
over 1 year ago
I've never seen it so I don't really have any! I do like the one song I have on my playlist from it though.

1
1
Forward the question
over 1 year ago
It depends on too much to say. Like... how does the teleportation work or can I teleport someone with me or is it a one-time use thing, etc.

0
0
Forward the question
over 1 year ago
It's not the first time it's happened. I'm upset it's happened again. And this is part of what makes me don't want to play anymore.

0
0
Forward the question
over 1 year ago
Because I haven't really been playing anything. I don't have anything done in advance so... Visual novels are easy because I've been up to reading lately, but little else :/

0
0
Forward the question
over 1 year ago
Cancer. I don't necessarily consider them definitive, but I find them interesting. I relate a lot to mine at least.

0
0
Forward the question
over 1 year ago
If people wanted to directly ask me any of those things, they're more than welcomed to :P

0
0
Forward the question
over 1 year ago
Surprisingly, no! My Channel is fine. The only things that continue to effect me is the usual problem with uploading any Nintendo games... A big thank you to everyone who watches my ridiculously long gameplay videos.

0
0
Forward the question
over 1 year ago
Kind of! I primarily play the US site, but I do have a fully caught up account on the original French version too :)

0
0
Forward the question
over 1 year ago
I like Homestuck~ Jade is my favorite character. I have... way too many ships honestly, but I ship Jade with both Dave and Karkat. I also like Feferi x Karkat. And I like John x Roxy, John x Rose, and John x Vriska. Also Rose x Kanaya. And I'm just going to stop there before this gets ridiculously long.

1
0
Forward the question
over 1 year ago
Umm... I'm not sure I understand the question. Character and ships from what?

1
0
Forward the question
over 1 year ago
When I get around to doing so? Playing games in general has been hard recently so... Whole reason I haven't streamed it again either. I hope to play later, but we'll see.

0
0
Forward the question
over 1 year ago
AGAIN, THIS GOES INTO SPOILERS. DO NOT READ IF YOU MIND SPOILERS AND HAVE NOT PLAYED THE GAME. Miu - I feel like most people like Miu, but while I actually really liked her character design for the most part, I kind of hated her. She was far too vulgar for me and even though I know it was to hide her own insecurities and things, she usually made me feel uncomfortable and there were very few times I enjoyed her character. Ryoma - I genuinely just feel bad for him.Shuichi - He gets good character development I guess. I wish I had more to say about him, but I really don't. I think he's been the protagonist I've liked the least. I still like him--I don't dislike him at all, but I just don't feel I have much to say.Tsumugi - She was just... boring up until the end just to be the mastermind and I'm just bitter between Kaito and Kaede and for that alone, I just don't care for her. I don't hate her, but she's barely there for me :/ Gonta - He deserved better :/ I feel bad for him--having to be killed for something he doesn't even recall doing. At least he got to hear the explanation from his VR self, but it was still really sad to see and him just begging that he didn't do anything when he truly has no memories doing so was heartbreaking. And he didn't even fight back--Kaito did. He believed in everyone enough that if it was really him, it had to be.The only real "solace" I have with it all was that he did agree to the plan in the Virtual World even if he didn't recall it. But it still was depressing to see. The big characters always seem to get screwed over in this series.

0
0
Forward the question
over 1 year ago
As a note, this will definitely go into spoilers and stuff. I'm still not entirely sure if any hit my top favorites or not and to be honest, some of my thoughts are hard to explain, but I'll do my best.I will say from the get-go I still can't really get over the big reveal. Technically, none of them are who they "used" to be--they're all who they became through the show, but I'm still having trouble coping with how it all works I guess.Monokids: I liked Monodam, Monophanie, and Monotaro... But Monodam was also scary at times... And let's not talk about Monophanie and Monotaro in Chapter 4. Kaede - I really liked her a lot and so it infuriated me that her entire protagonist-ness was essentially a ruse. And then learning about the "real her" which also was even hinted briefly at the beginning felt like such a stab to the heart. And sure, the real her isn't Kaede--who knows who it is, but it's who she was and it makes me sad.There was a lot I really liked with Kaede and I'm just angry because I don't feel she got proper justice. Sure, they found out the truth and that she didn't kill anyone, but she's dead. There is no changing that. She died for something she didn't do. She died thinking she did something she never actually did. And the Mastermind did it and the entire game continued on a lie (because obviously you can't just murder everyone right in the first chapter). The whole thing leaves me bitter. I would've liked to see her more in the story to see how things held up, but so be it.Himiko and Maki - They had two of my favorite character designs and I'm glad they both got such good character development and I still like them both a lot.Angie - I never cared much for her. I thought some of her poses were cute and Bye-onara is pretty catchy, but I didn't have much feelings on her.Tenko - For the most part, I actually found Tenko kind of annoying. Her hatred of males I just found kind of offputting and her one expression creeped me out. When I finally started liking her a bit, she then ended up dying which is a shame :/ K1-B0 - I didn't expect to like him as much as I did, but he's genuinely a fun character.Kaito - Even if he could be stupid at times, I felt he was still a neat character and I liked him a lot. Like Kaede though, the circumstances of his character's demise put a very bad taste in my mouth. They *made* him have a terrible illness and there's so much disgusting stuff in all of that and he deserved better (and to live a happy life with Maki).Kirumi - I found her interesting, but she didn't stay around long enough for me to like and I didn't find her motive very good (ignoring that it was all a lie anyway)Speaking of lies... Kokichi - I DON'T KNOW. I both hate him and really like him. I wish I knew why.Korekiyo - ewRantaro - I really wish he stuck around longer. He seemed interesting and had more to him. Okay, hitting the limit so this will be continued in a part 2.

0
0
Forward the question
over 1 year ago
Yes? I'm married (we just had our two year anniversary earlier this month), I don't have kids, I'm in my 20s. I have other hobbies and also a job...

0
0
Forward the question
over 1 year ago
I kind of hate them. When I play Harvest Moon/Story of Seasons games, you may have noticed I have *very* few plants. I've always preferred focusing on animals. I'm not sure what it is, but it's too monotonous for me and literally kills games for me. It's just too boring. I've always had the same issues with Animal Crossing. Before the Beautiful Ordinance existed, my flowers constantly died. I'd keep one of each kind in storage, but I could never keep up with it, even when I had very small flower displays (Like we're talking 20-30 flowers tops that I cared about having in certain places).I don't know if it stems from my general allergies to flowers or what, but I just can never get into them no matter what the game and the more convoluted or frustrating it is to do what I want to (In this case, the randomness of the breeding, losing flowers for it, and needing about 140 of each flower to get all the items plus there being events tied to it in the future), the more it just really gets to me and I don't have any fun with it.

0
0
Forward the question
over 1 year ago
All I want for Christmas [is my two front teeth], Rudolph the Rednose Reindeer, and Santa Baby. The first two for frustrating childhood reasons and the last one because it disturbs me

0
0
Forward the question
over 1 year ago
Pale Chubs for sale. They hate spawning for me. 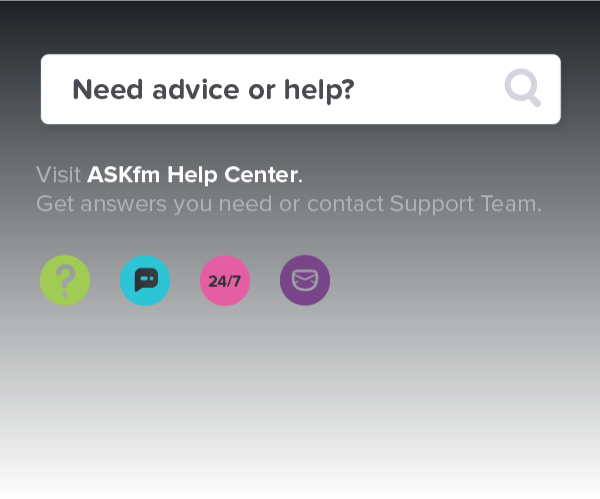 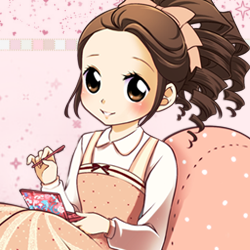