September 07, 2016
Good question!
Uhh, not entirely sure to be honest. I had red haired Angela as my avatar for a long time and when I switched, I think I switched to another red hair character. From that perhaps the notion that Reiseng=Red was born. It wasn't actually on my part lolIt is however entirely true that I do love red haired characters, but how much of that love is because I somehow adopted this brand and how much is because I just like them, is well, unclear!Side note: I can't reveal it, but my real name has a lot of references to red in it, so I've always been associated with the color.(Apologies for the late response. Was too lazy to open Ask FM these past few days)
20
0
Liked by: DanteMu5t R0mario32 LoganMackSwag kommruhigran Leonid32123 KilianHomi Lolzowned coo11ersand aaronm317 alexsilvaa2
June 25, 2016
Not too sure what I'll be doing tbh. I think I'll watch a few like I always do, then do my best to keep up through the season. Most likely I'll fall behind like I always do. :( There are a few older anime I desperately need to watch and maybe some Spring ones I should catch up on as well. Ty for the question.
0
0
June 21, 2016
Forgive me, I don't even know who you are, so I can't say!
Feel free to qualify with another question along the lines of "but you said or did this"In general though I don't really hate very many people. As far as I can tell I don't hate any of my cute twitter followers at least....
0
0 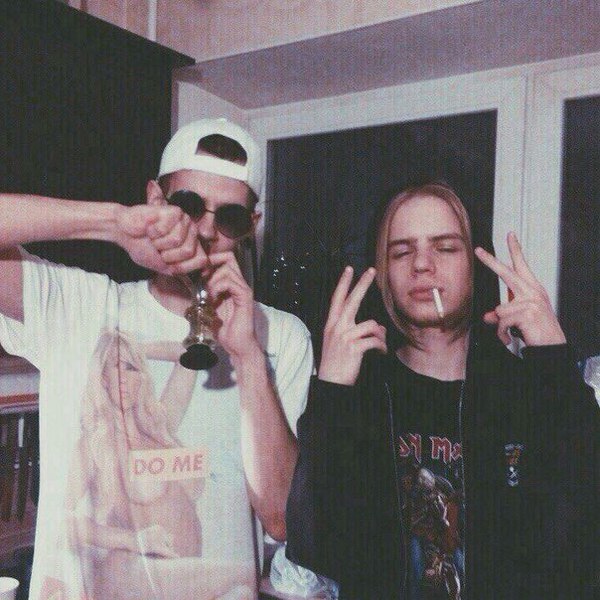 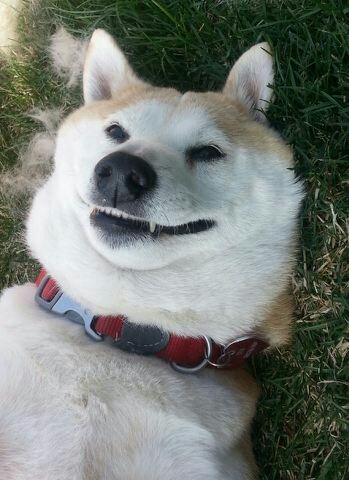 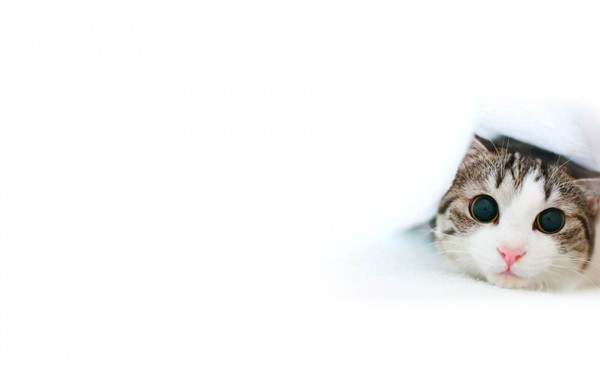 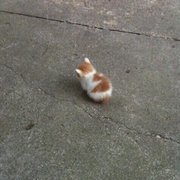 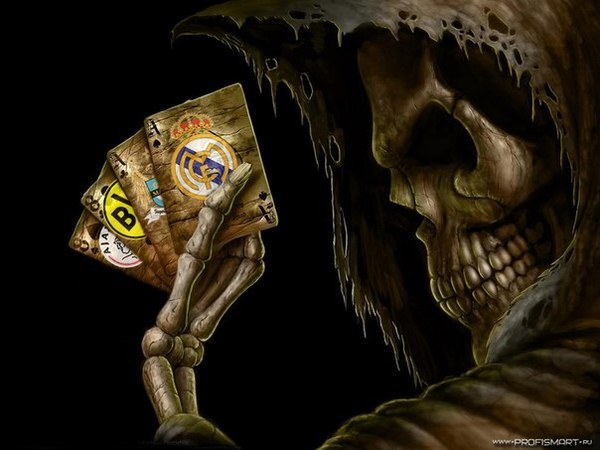 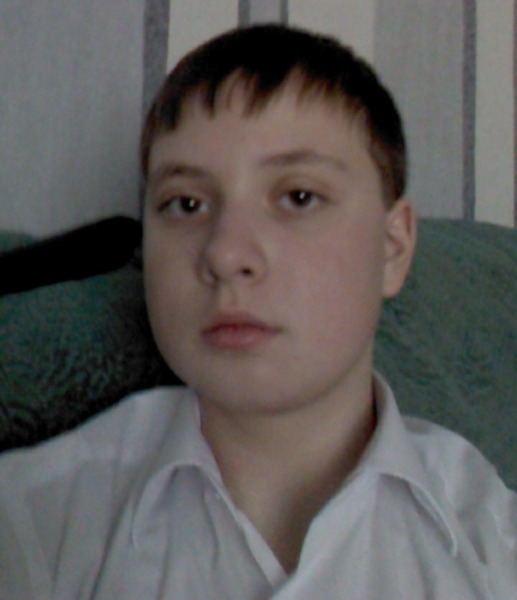 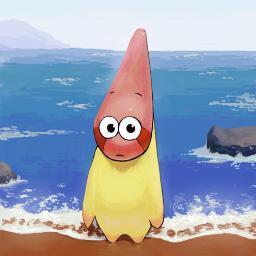 Stargeant Draggle
June 05, 2016
Hello,
Hi. No, I have not sadly. I haven't played any of the Fate/Stay Night actually. If you've played through the Heaven's Feel route, then most folk will very strongly encourage you to play through Hollow Ataraxia.
0
0
June 05, 2016
Oops, sorry for taking forever to respond. Emote attached.
0
0
March 26, 2016
Sorry for the late response. It is Angela from the Korean web comic Crepuscule.
She is pretty great! I can't really recommend it because I haven't read it in years now.
Still, Angela is pretty great.https://twitter.com/ReisengRath/status/678024957364985857
0
0
March 26, 2016
A secret, huh....hmmmmThere was this one time a few years back, I was at an airport duty free and checking out some small trinket they had on. It was glued together terribly well and somehow it broke after a bit of fiddling by me (broke as in it could still be glued back together, but still...).I put it back and left. I still feel very guilty about this. DON'T TELL ANYONE. OKAY!
0
0
March 22, 2016
AWWWWWW!
THANKS A LOT!
0
0
March 02, 2016
HELLLLO!
(I know I asked for questions, but am very slow in responding. Sorry!)
0
0
February 15, 2016
Thank you, Thank you! Happy Valentines Day to you too.I am on a sort of break from twitter. I log on every now and then these days, so it is not a total departure, but I am trying to limit myself. If I fall back into my old habit of checking twitter every 5 seconds, it will be really bad because I have got a fair bit of real life stuff going on that I am already too lazy to keep up with!Anyway, thanks for the hello. I appreciate it.
1
0
Liked by: anon
February 15, 2016
Apologies for the late response.I guess it would be that I really don't like it when people expect stuff from me (especially work). Like, my parents expect me to pass school without failure or a boss expecting me to do any work really....It is partly because I am lazy, but I feel burdened when I have to meet the expectations of others (this is probably why I can sound so self-defeating at times. By ruining your impression of me, I have no expectations to meet!).
0
0
January 31, 2016
Probably every tweet I made before 2014. Actually, scratch that. Probably every tweet I have ever made.
0
0
January 31, 2016
I don't think these accidents happen in real life. Strange question.
0
0
January 26, 2016
Thank you! This made me happy. ^_^
And uhh, you are welcome, I guess. :)
0
0
December 30, 2015
Knock Knock
Who's there?
Not telling.
Not telling, who?
Not telling you a joke because I can't think of one.
0
0
December 24, 2015
I'd probably nap and then die of starvation because of it.
0
0
December 24, 2015
You mean other than anime? I am not really sure, but you definitely know a lot about sports, you could try writing pieces on that. And if you find the current sports lacking or boring, I think it might be cool if you take a more historical approach. Like, pick a cool, retired player and write a bit about what made them cool or an important match. To be honest, I don't think too many people will be interested in that, but I think you might enjoy it.Other than that, your pop culture level seems pretty high, so you could cover older movies as well. Sorry if I wasn't very helpful.
0
0
December 19, 2015
Hello! Thanks for asking.I have been on holiday for most of this year, so I can't say I will be doing anything special. I will probably just be panicking as my school term approaches and the blog posts to finish pile up (I am 2 days behind on the 12 Day thing!) My family wants to do something, but it is doubtful that we actually will. We are lazy like that.
0
0
December 14, 2015
Not the most spontaneous, but the spontaneous thing with longest lasting consequences would be rejecting a well paying job offer.
0
0
December 14, 2015
Pizza with pineapple just to see their reactions.In all seriousness, this partly depends on if my mom is there to help me. If she is, I will just lazily let her decide what to make BECAUSE SHE IS THE BEST COOK.If not, which is what I assume the question is implying, then I will struggle a little as I am a near useless cook. I will probably make fried rice. I will throw in some frozen vegetables, stir fry them for a bit, then throw in rice (cooked in a rice cooker), douse it with stir fry sauce (or plain soy sauce) and drop some beat eggs in as well. The nice thing about fried rice is that you can throw whatever you want, really. So, I will probably toss in some pickled hot peppers if I have them. Kimchi would be nice as well though I doubt I will have any on me.
If I can, I will try to make some minced beef to accompany it.Oh and since my blog is "Toxic Muffin", I will no doubt bake some muffins as well.

0
0
December 14, 2015
Hello!
My day has only just begun (despite it being 11:30PM), but I hope it ends up good. Thanks for asking.
0
0
December 03, 2015
This is a silly question, but I will take this chance to talk a little bit about hybrids and species.A starting question would be "what is a species"? Where does a species start and where does it end? Well, fortunately for us, there is a definition! A species generally refers to a group of living beings that can reproduce AND their offspring are reproductively viable (see Wikipedia: https://en.wikipedia.org/wiki/Species).Horses and donkeys are different species because when they breed, they produce mules and mules are generally sterile (https://en.wikipedia.org/wiki/Mule). The same is true of lions, tigers and their offspring ligers (https://en.wikipedia.org/wiki/Liger) which are generally sterile (but there have been a few exceptions, I think). Anyway, there's your 2 second lecture on breeding.As for a proper response to the question, maybe a human and a reindeer. (Image shamelessly stolen from the OP wikia: http://onepiece.wikia.com/wiki/Tony_Tony_Chopper/Gallery?file=Chopper_Post_Punk_Hazard_Arc_Outfit.png)

0
0
November 29, 2015
No problem! Thanks for the Asks. My inbox is always open...and empty. :)
0
0
November 29, 2015
Mine is terrible and non-existent, sadly. :( I am really bad with languages....And yes, kind of. Basically, here in Ontario learning French is mandatory until Grade 9 (though in Grade 9, you can take the simpler French if you want - I did this and in retrospect, it was a mistake). This might vary in other provinces, but I think it is probably similar across the country. There are French Immersion schools spread out across the country, where you get a fair bit more access to the language, but I don't actually know how effective they are.Skimming this wiki page suggests that French usage is a bit of a mess in Canada: https://en.wikipedia.org/wiki/Language_policies_of_Canada's_provinces_and_territoriesBasically, most government services are available in either language, but in some areas, you will have a hard time without knowing English. Similarly, in some provinces like Quebec, French is highly encouraged, so I think you have to learn more of it in school and in many cities, you will have a harder time getting by without it (I hear that is not the case for Montreal, but is probably true for other places).

0
0
November 28, 2015
Haha, yeah, someone else thought I was British or Scottish recently. Not really sure why, I tweet a lot about Canada stuff. Maybe it is cause I have a messed up sleep schedule, so I am always tweeting in the wrong timezone.Anyway, yeah, I am Canadian and don't speak a word of German. That said, I really do want to visit Germany someday!
0
0

This user hasn’t answered any questions yet
Ask @Reiseng