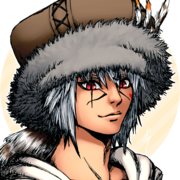 Sein
November 06, 2016
I actually don't have any clue what optimal skill speed on MCH might be. It could be 0 extra skill speed, but I cannot say that with certainty.There are some MCH guides out there that could help you with CD timing. I don't know any of them off hand. Lyra's guide is likely a pretty good source of info if he still has it up. Outside of the opener you'll want to check into info on how to handle each 30s window of time on MCH.Sorry to not be of more help. I am not very good at providing general info to teach, but I can sometimes answer very specific questions.
0
0
October 29, 2016
It's a tough choice between Eru Ray and Moco Scarlet. Σ('◉⌓◉’)
0
0
October 28, 2016
It allows you to place it directly on the cursor position just like not using a macro. You can also set up macros to place it on yourself, your target, etc. But manual placement is usually best.
0
0
October 28, 2016
Oh. Never saw this one. Sorry. it's just a spam macro which can make it easier to place with as little delay as possible. Same as other ground target spam macros.
0
0
October 28, 2016
I imagine you would miss the last GCD on your wildfires with sub 400 skill speed, but I'm not sure how much that matters. You'd probably have to ask a more dedicated MCH about that. I'm of the opinion that the extra (often unbuffed) split in the Wildfire probably is not worth it vs having a lot more det, but I could be completely incorrect. I have not done any testing. Given the minimal extra wildfire potency vs more det on every ability + for your turret, the extra skill speed necessary for the split seems like it'd be a wash at best. But again, I have no real scientific testing to back this up. Someone that does a lot more theorycrafting and dummy testing could offer you a better answer.
0
0
October 28, 2016
Currently I am going for this: http://ffxiv.ariyala.com/W2RX But I am aware of a very slightly better BRD build with 1 extra crit, 4 less det, and 4 extra skill speed. That may be worth looking into. http://ffxiv.ariyala.com/W13V
0
0
October 28, 2016
Hmmm. I don't think I am. But thank you! Σ('◉⌓◉’)
0
0
October 28, 2016
They seem good to me. I'm not sure how much skill speed matters on MCH. There is merit to getting the extra split in each wildfire, but I am unsure that it's worth the det loss to have enough skill speed to consistently get that split.Your BRD build is slightly better than the one I've been looking at. Not going to be a noticeable difference, probably. And your MCH build has 50 more skill seed for better or worse. I just plan on trying different things once I'm i270 and changing melds then if necessary.Thanks for sharing!
0
0
October 13, 2016
If you are still progressing in Creator (savage) I think it's worth getting the gun to benefit the group. Higher DPS is always nice. If you've already cleared A12S then I think you can safely avoid buying the gun and just go for the tome gear that you want for your BiS. :D
0
0
October 11, 2016
MCH magic defense is the same as all of the other physical DPS. The variables could be whether they are soaking the first or second tick and whether they have blood for blood up. I am not aware of anything else that would cause the large damage variance you are seeing.
0
0
September 06, 2016
I currently have the 10th largest donger in the world. I CAN CITE SOURCES! In videogame world at least. If we're talking about real life I am realistically in the 1 - 1.5 billionth range or something. Which is perfectly reasonable, I hope. >____>
0
0
August 26, 2016
It sort of depends on whether you'll get another usage or not by not holding. If you won't get more usage by using said CDs right away then it's better to hold them to align more CDs. You also need to consider if using the CDs misaligned affects things later or if there is downtime to get things synced back up again.
0
0
August 13, 2016
It's difficult to say without knowing you gear, party comp, whether food/pots are used, exactly what you mean by 8k on average, etc. For instance, I may hit a 14k opening Wildfire on a dummy but the one at 90s may only be half of that which would make the average 10-11k.For the opening wildfire you might consider some of these openers: http://pastebin.com/c3NBvF5w These are ones I use use most often.After that you may need to look into your buff alignment. Pretty much everything MCH is divided into 30s blocks. You can find information about that as well as many other tips here: https://docs.google.com/document/d/111s5Yr8Jzx8hZtcdouBIRQCZQ53VILNtZ7F3d_qX8ws/edit Aiurily put together a lot of good info and is a much better MCH than I am.Hopefully some of this information helps. If you are still struggling maybe try recording some pov video and sending it to me or any MCH you trust that has a fair bit of knowledge about the job. Seeing exactly what you are doing can help a lot in determining what suggestions to make.Good luck!

0
0
August 04, 2016
Outside of the opener you can turn off WM for movement if you aren't using or don't have the TP to use Feint. Try to ensure your dots will not fall off during this period of movement.If you have no oGCD it's a DPS gain to turn off WM but only if you get an auto in with each GCD. It is a lot trickier on BRD than MCH because you'll need to turn your turret stance back on a lot more often due to Bloodletter procs, Empyreal Arrow, and Iron Jaws. The auto attack timer on BRD is also longer than MCH. This means the likeliness of landing an auto with each GCD is lower on BRD. You're not likely to see many (maybe not any) Bards stance dancing for autos. I hope that helps a bit.
0
0
July 28, 2016
Both are good. Personally, I'd take the Padjali bow for the skill speed, but it kind of depends on how much skill speed you already have in your build. :)
0
0
July 14, 2016
It's not absolutely critical while gearing up. I wouldn't drop ilvls just to meet 700 skill speed. Meeting accuracy cap and having a healthy amount of crit are both much more important. All of my melds are crit > det because I didn't really want to sacrifice MCH damage to have a little extra skill speed on my BRD. I would guess the BRD build I use isn't necessarily the best if you go by stat weights, but that isn't really anything I'm going to lose sleep over. Unless you only play BRD there probably isn't a reason to consider skill speed melds on the current gear.
0
0
July 13, 2016
The least useful one is probably the BV after 1st GCD. Because while it may benefit BLM slightly it may also be taking away some damage from healers and SMN if they're pre-casting dots. The BV 2s pre-pull option is nice in that it provides 2 more seconds of BV in combat.In addition, those two options are more flexible with different amount of skill speed. The BV 4s pre-pull opener with the triple buff pre-pull requires more skill speed to execute while getting an Iron Jaws with fully buffed dots. If your skill speed is too low you'll need to Iron Jaws a GCD earlier.
0
0
July 13, 2016
You can use the 3.25 openers for most encounters that start off single target. Any of those openers along with some other common openers should be fine for A1S. There are plenty of encounters where you'd want to consider openers different from the ones I listed though. Some examples include A2S, A5S, A8S.
0
0
July 12, 2016
I don't like anyone with that description.
0
0
July 12, 2016
Miku
0
0
July 12, 2016
No.
0
0
July 12, 2016
Yes.
0
0

This user hasn’t answered any questions yet
Ask @RinchanNau