I'm only here for the snarky comments and cute compliments.
Temporary blog? Maybe?
I'm just waiting for you to tell me you've fallen in love with me.

over 1 year ago
I really think its crazy to look at this app and realize how much of an integral part of my life it was and how it hasn't been for over three years now. I've been through death, hell, missing person cases, near abduction, faced depression and anxiety, but I've risen above it, above all of it with a group of friends I'd die for by my side acting as a support system... life is wild man, and I'm graduating with my degree soon. If anyone reads this, understand that life is so much better and more fulfilling than anything this fake world can provide even if its scary and the hardest thing you'll ever go through.

22
0
Forward the question
over 1 year ago
Isn't it kind of crazy how much the world turns? It's been over 2 years and I'm thinking since I've been on this website, yet everything of my childhood is memorialized in a weird way. It's so odd to think that at one point, this was a world I craved to be in and constantly held so high of a priority. Now it's just a cemetery of dusted old "obituaties" of faded memories and thoughts. It's simply become a resting place of the old bones that were me and a reminder of who I thought I once was. It's like a blast from the past, but as if I was looking through windows of warped, sepia tone glass because I can't seem to remember this place in any sort of vivid pictures anymore. It's such an interesting concept to grasp, how easily things fade away like pages torn out of notebooks or posters ripped away from time, and how quickly people you thought were the air you breathe melt into shadows of the past that just eventually fade into nothingness. It's weird to see something you put so much of yourself into more or less resemble nothing more than looking into the viewfinder of a camera and seeing a perspective of a different person's history that doesn't quite feel your own.
It's such an interesting thing to vaguely remember how badly I desired to be certain people's friends, convinced myself through their words wrapped up in gentle lies that these friendships would be eternal rather than paper thin, and even the depths I would go to keep temporary bonds. Life memories, love, friendship, and even simply thoughts are such funny, fickle concepts as they loop like a carousel ever slightly changing until one day you look back and everything's simply different. I suppose I'm feeling nostalgic at this very moment or perhaps simply wanting to see my growth before my eyes as if to know it happened, but I suppose this is a final farewell to former self from me.

0
0
Forward the question
over 1 year ago
I mean but then I'd be toasted and it'd be like a free tan?? Plus I would smell so delicious. Also everyone would adore me. I'm not seeing any cons to this toasted marshmallow body?

1
0
Forward the question
over 1 year ago
Kind of wants to do opinions, kinda wants to fall into a pit of fire

3
0
Forward the question
over 1 year ago
Literally my procrastination for this exam studying is so high that I'm on here...someone take away my internet privileges or run me over with a car??

0
0
Forward the question
over 1 year ago
Blog post #2 (I really should get off my lazy ass and ask the babe to make me a website..but ehh, I'll just put it here for right now). Today has been a pretty emotional day for me because while in class today, I became enraptured by a guy dressed up in a halo costume simply because it was unique, so I made it my mission to talk to him. I waited a little after class and slowly slithered my way towards him in the awkward walk done by a quiet observer also know as the teeter totter barely walk that much of us learn at three until we understand how to actually move. So I walked up to him, staring at his helmet and tapped. I politely asked him if I could take him to coffee and he was so aghast I assume I scared him into saying yes, but tis the season I s'pose? So we walked and I asked him the most basic question that permeated everywhere he walked, Why? To which he responded by telling me "why not? I'm passionate about this game that has been an integral part of my childhood for years now, so why should I not celebrate the next evolvement." Afterwards, he preceded to get pretty passionate and although the words are a blurred memory, the emotion behind them stuck because he'd found a cause even though it was small that he truly enjoyed. A cause that gave him a pep in his step and a smile that revealed his dimples and a light for him that let him toss his curled hair. Afterwards, I thanked him for the talk of course, and now I'm on a course to find a passion like that, a passion that my love for doesn't fade, a passion that I'm so enamored by that I won't simply trail away once it's no longer shiny and new but instead will oil its rusted joints and scrape off the dirt that has accumulated because of how deeply I care. Simultaneously today, I ended up listening to Adele's new song which literally keeps you starting at your phone all day wondering if you should call up every single ex you've had btw. I managed to avoid the temptation though. However these two events have me wondering if perhaps it's time for me to open myself up again and be the girl who was willing to just put the entirety of her essence into everything she attempted. It has me wondering if maybe guarded isn't the right way to approach life and that the halfway limbo of being open to new things and people but never letting them get deep is perhaps the opposite of what I should live like. Maybe I should simply open myself up like. Clam and reveal the plush soft layers and hope they can admire the beauty of the pearl without snatching it. Well anyways bye ghosts (get it because no one reads this and Halloween?? Double whammy), I'm off to brew up an a on my math homework hopefully.

2
0
Forward the question
over 1 year ago
It's currently 5 am, and I've been wanting to start a blog forever, but I didn't know where to put it. However since I've been vomiting blood for a little bit over three.hours or so, I figured there's no time like the present...right? So hello world (even though this account has been dead for months and no one follows me),
Things have been a whirlwind of excitement lately, and I truly can't even begin to describe how lucky I am to have found the people I already have in such a short time. Today as it was raining all hell in Louisiana, these guys that I literally just met for the most part (people are obscenely nice here, it's rather peculiar) decided that since the parking lot was flooded, we'd treat it like our own personal pool. We went skiing/ wakeboarding with the help if a car driving us, we had the biggest water gun fight ever until I being ever so clumsy managed to slip and pull off not only my own bathing suit but the two guys next to me. As you can tell, I'm always ridiculously graceful, pretty much model status. But after we got that sorted, we got in swan floaties and literally raced around the parking lot bashing each other with pool noodles like I genuinely can't even explain how much fun it was. I'm so glad I took the plunge to go way out of my comfort zone because for once I'm living the adventures of life spontaneously instead of overwhelming myself with impossible schedules. I'm meeting people who are truly like me that are willing to do yoga at 3 am in caves or climb rooftops purely for the rush with me. I'm so excited to see what's to come, and I think it's important to document all of these times I'm having considering my work load often overwhelms me, and idk I've never looked forward to the future more than I have in this instant even though I'm literally collapsed over a toilet with streams of red blood oozing over my porcelain streaking a mess into the throne. On a side note, I bet if someone took a picture of this right now, it would be considered legitimately beautiful art which is so strange and wondeful all at the same time.

4
0
Forward the question
over 1 year ago
Me singing obnoxiously probably....

7
0
Forward the question
over 1 year ago
Anyone but me because
☆ Warning: This cuteness is too much to handle! ☆

14
0
Forward the question
over 1 year ago
Scars and old photographs are like unintentional tattoos that have been engraved on to your most vulnerable area, your soul. They become memories and times you tried to erase but still they stay like a photograph you didn't mean to take.

3
0
Forward the question
over 1 year ago
True, but there's no bite behind the bark, just a bit of annoying love.

5
0
Forward the question
over 1 year ago
*crickets are heard* *awkward laughter ensues*Quite frankly, it's none of yours or anyone else's personal buisness to snoop into my own affairs. Unless this is Pat, which in that case....Ew

8
0
Forward the question
over 1 year ago
13
0
Forward the question
over 1 year ago
I've come to realize that the highest accolade comes not from someone you know but from someone you once knew. When someone from the distant past acknowledges the type of person you are and respects it, that's when your true character is revealed.

2
0
Forward the question
over 1 year ago
I'm that annoying person who orders a salad at a burger restaurant. ..do you really think I'd eat fast food?

3
0
Forward the question
over 1 year ago
Friday: Checked out new Indian place, went to Fashion Show, rescheduled my modeling shoot, started my Dandelion Cleanse, joined a new MMA gum, booked a ton of flights and hotels, interviewed/got in to job openings at lush and victoria secret
Saturday: Brunch with a few girls who then want to have a makeover salon/ spa sydell facial day, going to the specialist for my eyelashes, watching all the Star Wars on Blue ray with ny Dad, 2 birthday parties, maybe a bonfire if I'm feeling up to it
Sunday: Making Smoothies, adventuring the new Earthfate and Top shop that was built, hiking talulah falls w/ some friends, having a picnic, working on my school project, and maybe trying out some new vegan recipies with a chef I know

4
0
Forward the question
over 1 year ago
Umm this is an odd question, but
6x bottles of wine
Raspberry Lemonade
Grapefruit
Strawberries
Boys Tears
Homeadr Cream Cheese Icing
9 different organic chocolate bars
Love Elixirs in A bottle
Odwalla Shakes and Pom Juice
Spring Rolls
....I need to go grocery shopping, but at least I have over 40 different types of hot tea ♥.♥

3
0
Forward the question
over 1 year ago
Aren't you always the original ones?

3
0
Forward the question
over 1 year ago
I'm feeling oddly kind tonight (probably because of my abuse of Rose Tea), so like this for a nice note in your ask from yours truly.

15
0
Forward the question
Next

I'm only here for the snarky comments and cute compliments.
Temporary blog? Maybe?
I'm just waiting for you to tell me you've fallen in love with me. 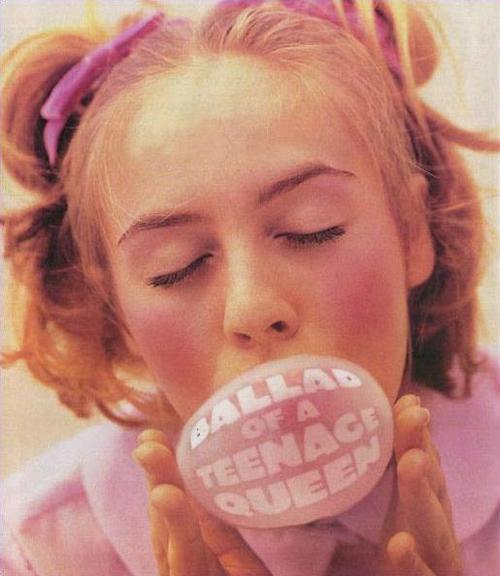