Quarterback for the University of Missouri, trying to glorify Christ with my life, and bring joy to peoples lives through football.

January 18, 2015
Not anymore. BYU is a wonderful school, and the coaches are great people. I just didn't feel like BYU was the situation The Lord had set aside for me. I'll continue my search, and continue to chase my dream. I wish nothing but the best of luck for all of BYU, as they were nothing but full of class while recruiting me.
1
0
Liked by: Ethan McCollum
January 16, 2015
No. Nothing to speak of.
0
0
January 16, 2015
A very good friend of mine got me hooked on 24, but I'd have to say my new favorite, for now, is "Arrow."
It's a series based off of the DC comic book character Green Arrow. He's basically a 80/20 mix of Batman and Robin Hood. Might be my overall favorite, but we're only in season 2. Might be too early to tell. :)
0
0 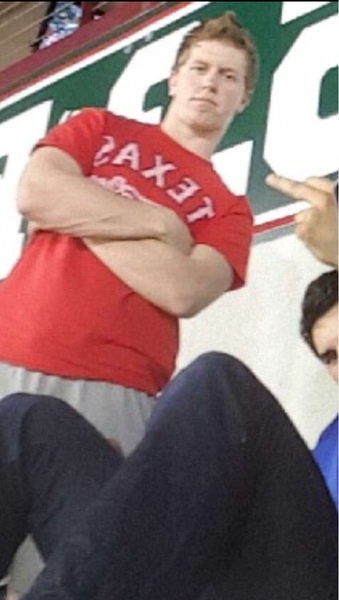 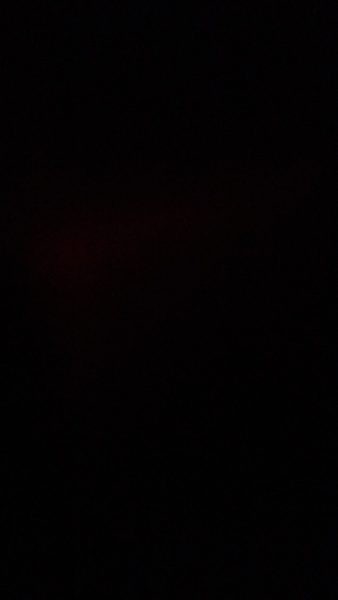 Katy
January 07, 2015
I will wait for the right place, as long as I have to. I don't want to go somewhere I don't feel comfortable with. If I have to wait, I will. But hopefully I won't have to.I think I have a lot to offer a program right now. But then again, that's me. :)
3
0
Liked by: Ethan McCollum Katy Rick Grimes
January 07, 2015
Who hasn't heard of the guy?! He's a beast!
2
0
Liked by: Ethan McCollum Katy
January 07, 2015
Thank you very much. I really appreciate that.
1
0
Liked by: Katy
January 06, 2015
No, I'm not. I believe they made their choice, and I wish you all best of luck.
God Bless
1
0
Liked by: Katy
January 04, 2015
When the right opportunity presents itself. Until then, I'll just stay ready.
1
0
Liked by: Katy
January 04, 2015
It depends on how big your dream is. If your dream is just to be good at football, that can be done with a decent amount of work, just by doing what your coaches ask. If that's all you want, you'll be fine.But if you want to be the very best, in anything, you have to be willing to train harder and longer than everyone you're around. The point when your friends think you are eccentric (crazy/overboard) about your training, that's when you're almost there.Become a great athlete: Lift, jump rope, run hills, do speed drills, etc.
Become a great thrower: Work on timing, work on touch, throw a lot to improve arm strength, and do band training. Practice making all different throws.
And then, to take everything to another level, become a championship thinker/leader: Read leadership books (21 Irrefutable Laws of Leadership, How To Win Friends and Influence People, etc), and spend time around champions. People who have found great success in an area.If you start there, you will jump start yourself over 95 percent of your peers, and the rest is how far you're willing to take it. Good luck to you.

1
0
Liked by: Katy
December 27, 2014
Thank you very much. I'm not necessarily going to the place with the best chance to play. There are many factors involved, and I just don't want to rush it. I'm still finishing up school.
1
0
Liked by: Katy
December 26, 2014
My biggest weakness is a con to one of my strengths. I think that, because of my ability to make plays with my feet, I have the tendency to take minimal risks when throwing the ball.
What I mean by that is a receiver may be slightly open, but I'll feel like it's safer to take off running sometimes. Although I do protect the ball this way, I'll miss opportunities because I don't take as many risks.
As the game progresses in levels, the windows of "open-ness" will continue to get smaller, and I'll have to grow in the area of knowing what risks I should take, if I want to continue my career after college.
2
0
Liked by: Katy
December 26, 2014
Ole Miss has not offered me.
And I'd give consideration to anyone who believes in me enough to bring me in. Although time is short, I'd consider everything.
1
0
Liked by: Katy
December 26, 2014
That's definitely true. They've had a rich history of QB's only playing two years.
Yet for me, playing immediately has less to do with my potential "future" in the NFL or just my overall "success." It has more to do with my love for the game.
We, as athletes, train our whole lives to play our sports, but only have a limited time to do so.
No one knows exactly how long they will have to play the sport they've devoted so much to. That's why it's important to me to stop taking years, seasons, or periods of time off from football. I missed a year of sports in high school. I red-shirted at Mizzou. I didn't play in the first four games of this past season. The very little control I have over my future, I am going to use to do whatever I can to make sure I get on the field, to help my team win a national championship. That's always been my dream, and it's time to get it done.I love football. I love the relationships it's brought me. I love the discipline it's taught me. And I want to squeeze as much as I can out of the time that I have. And as cliche as it sounds, we only have the time we are given now. I believe my job is to use the time I am given to glorify The Lord as much as I can. And I believe I do that best by playing football.That's why I care about playing as soon as I can.

This user hasn’t answered any questions yet
Ask @Trenthosick 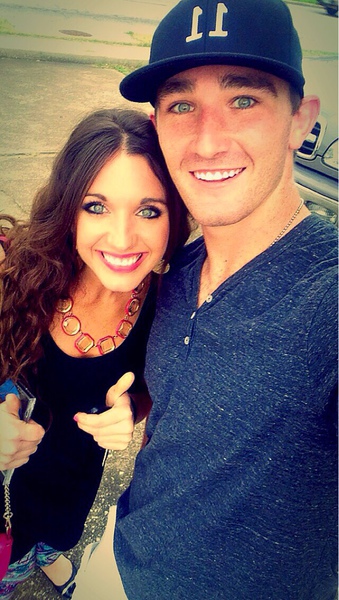