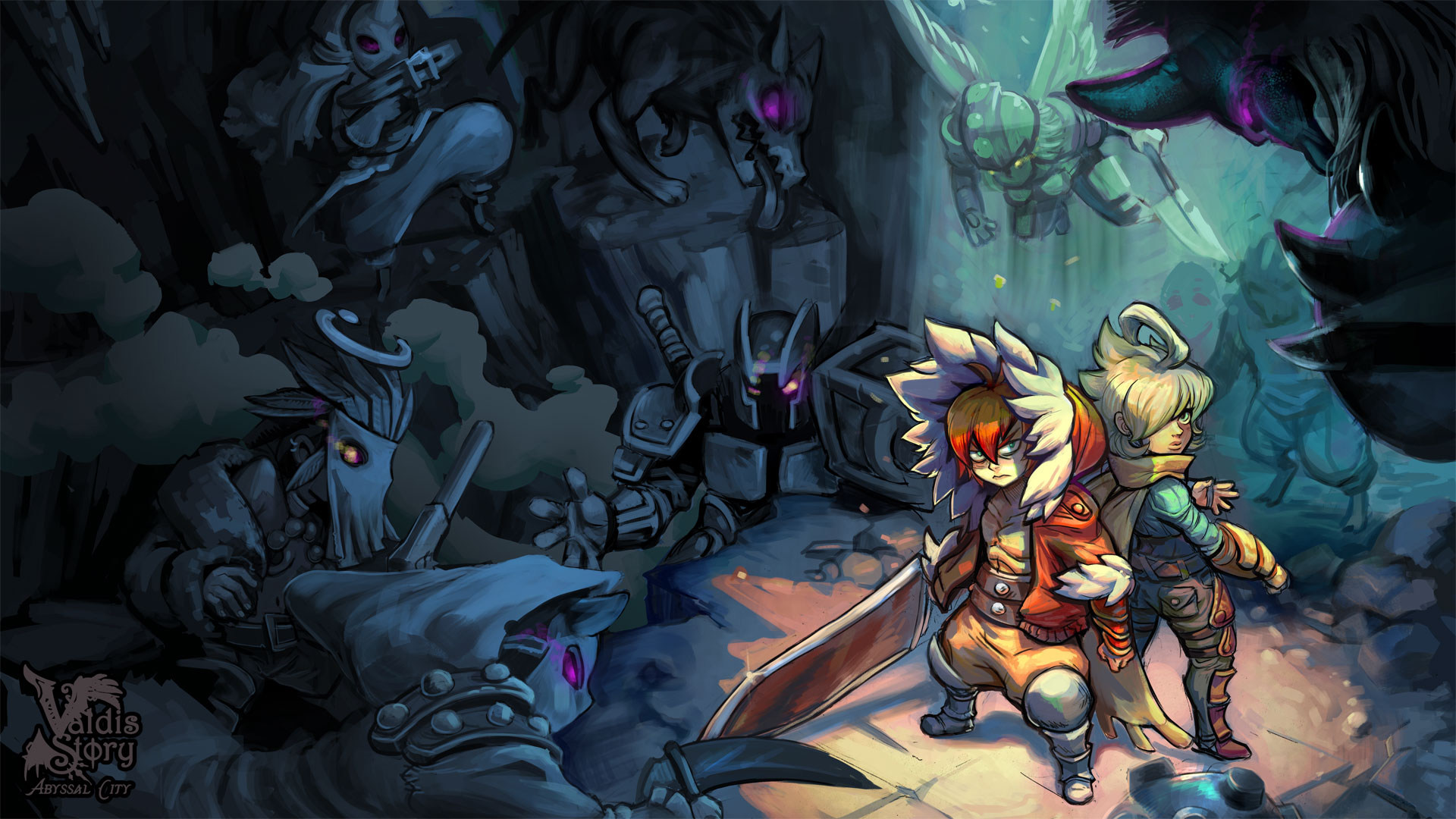 September 24, 2015
If I think that it's just a matter of time, then I'll just tough it out, stay in bed, and keep trying to sleep. If it's clear I'm not getting to bed, I'll get up and mess around on the computer or read a book.
59
0
Liked by: xavier antillanca de filippi Justaa i Kiniaa Mortikan Pablo Montalvo Arlettani Robin19965 Kush_Kolors Leon4rl Simpleasthatt Patrika_mamka
September 24, 2015
Nope. No singing in the shower. At my computer or in my car, but not in the shower. As for what kinds of songs, I sing along with anything I like that I have the range/voice for.
2
0
Liked by: SAMUEL☝
September 24, 2015
No good answer here, since either one completely guts something that I love. If I'm blind I can still play tabletop RPGs (with help), but can't really do video games or read or watch movies. If I'm deaf, the converse is true. In the end, I think I have to take being deaf, because I think I lose out on more personally by being blind.
2
0
Liked by: Maeka 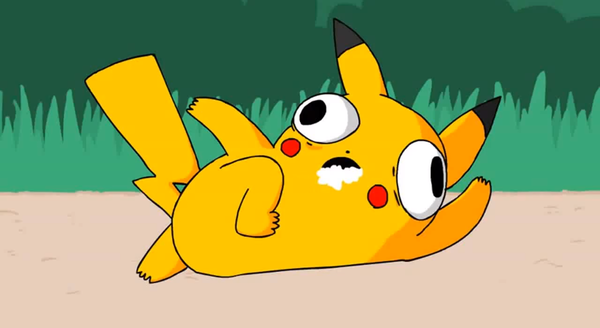 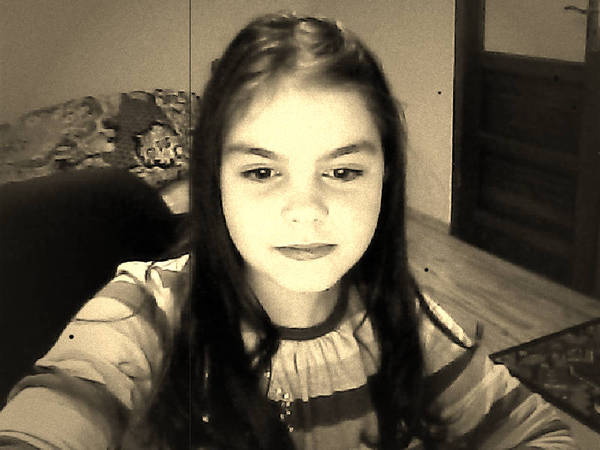 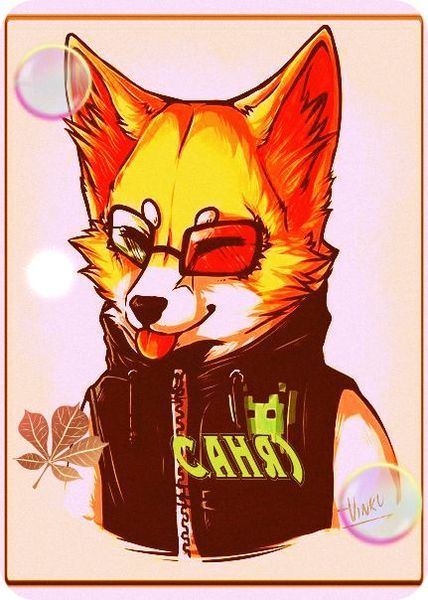 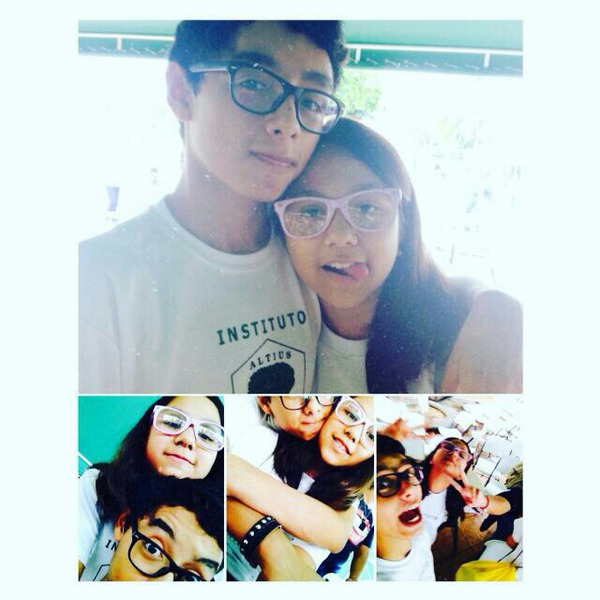 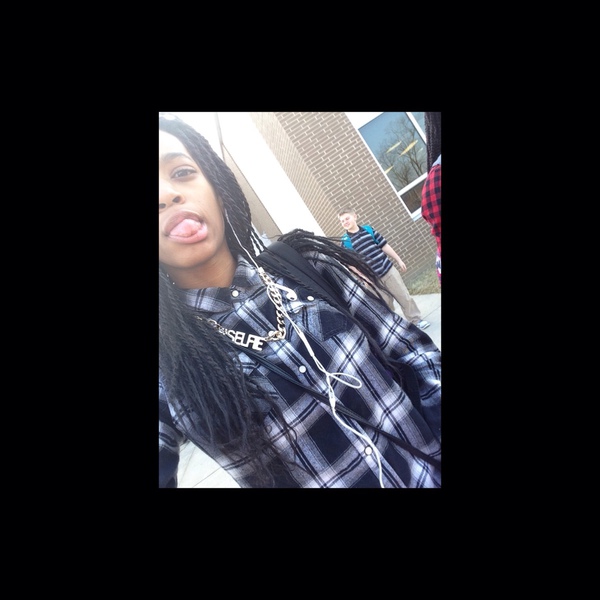 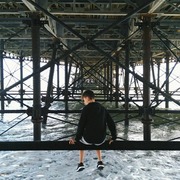 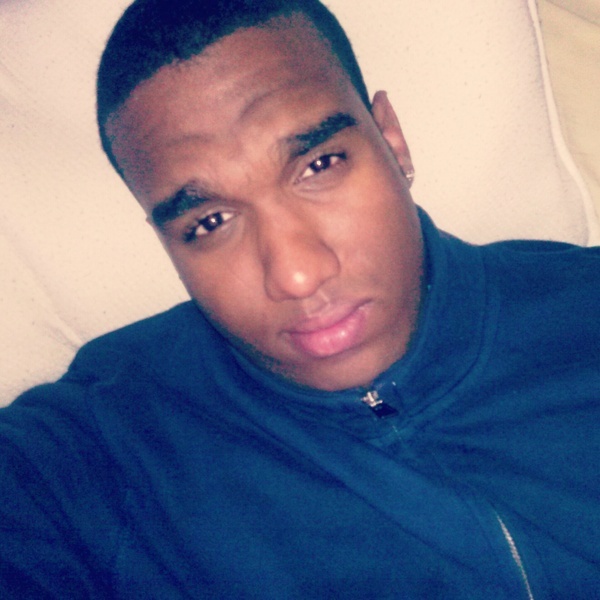 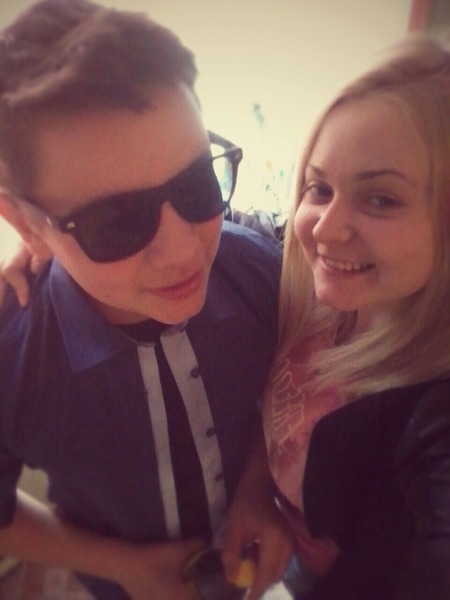 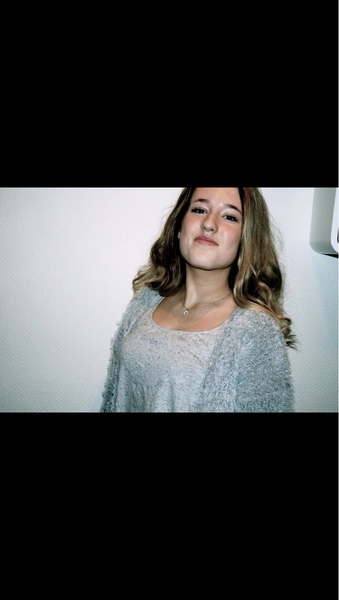 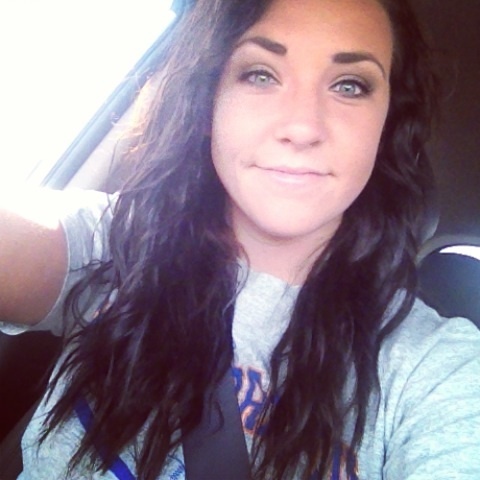 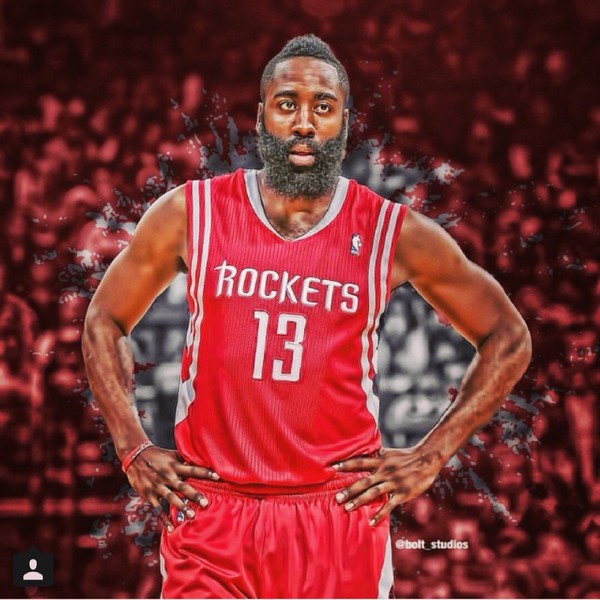 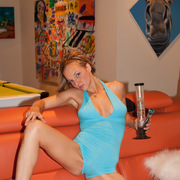 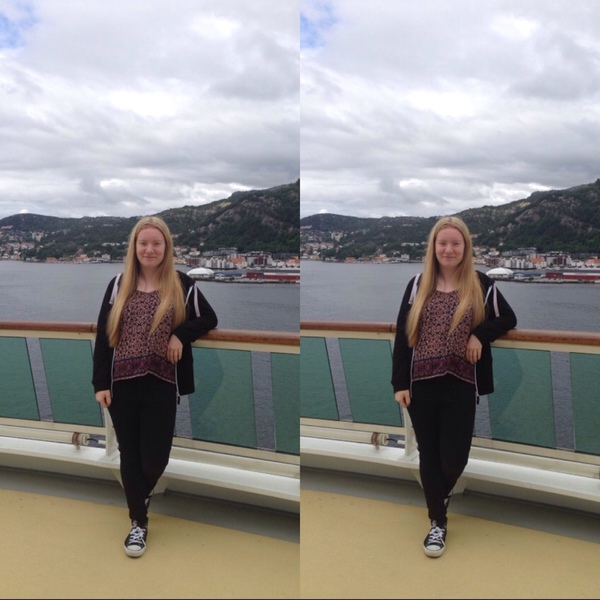 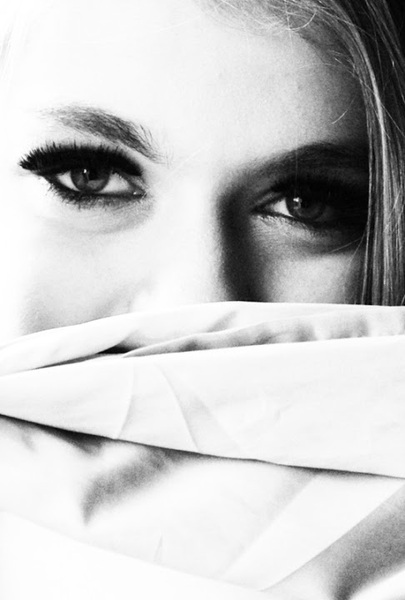 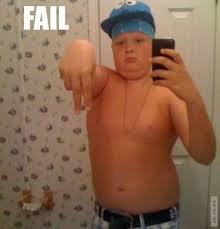 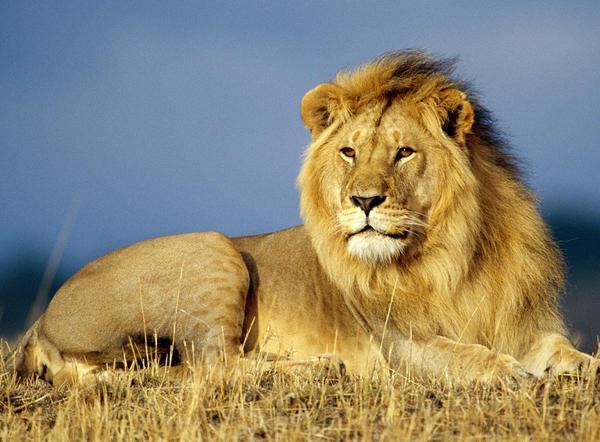 diogo1234567890
August 10, 2015
Well, most games are filled with horrible disasters, monsters, and dangerous terrain, most of them don't sound like a great place to live. :) But if you put aside that particular problem and assume that there are no problems with the place while you're living there I might go with Pokemon. It's modern (so I can have wifi), there's a lot of interesting things going on, and it's a pretty looking universe.
2
0
Liked by: Maeka
August 09, 2015
I think it has to be a red potion from Legend of Zelda for the drink. I've always wondered what that might taste like. For the food, that's harder. Actually, maybe not. I'd want to eat a mushroom from the Mario games. 1-up or super, doesn't matter. Doesn't hurt that I like mushrooms anyway.
0
0
August 08, 2015
There are, I think, 3 places I would go. First, there is a very cute redhead in Scotland I would like to visit. Second is going to Tokyo and seeing the sights there because that's like a video game holy grail for people my age who played so much NES, SNES, and Playstation games. Last is going to Hong Kong because that place seems super interesting.
1
0
Liked by: Maeka
May 13, 2015
It's a difficult thing. My family doesn't really get it, so most frequently I have to explain it to them. Even people who are geeks don't always understand the tabletop gaming thing. The key, I find, is to be very patient and to find touchstones that you can build from. Things that they understand that you can then extrapolate and explain further from. The way I typically explain it is that it's a social experience ("You're sitting around a table with friends and like-minded people") that involves creative decision making in a structured environment. It's partly playing a board game, partly improv theatre, and partly living out cool movies/TV shows/books. When I'm specifically trying to explain to a person, I'll tailor the explanation to their interests or tastes. Like, if I know someone is a horror movie fan, I couch things in terms related to that. Like saying "Have you ever watched a movie and yelled at a character to do this or don't do that or figured out who the murder was way before the characters? Imagine being that character and having a chance to do things the way you think they should be done. It's now you on the line, you being scared, you having to deal with the mystery."

0
0
May 13, 2015
Because they add a much needed social and creative outlet. I'm the kind of person who will, often, sit around by themselves all day and speak very little. And a lot of the time, I'm okay with that. But even I want to and need to be social sometimes and games give me a very organized and comfortable way for me to do that. I'm never going to go to a bar or a party to socialize. I'm vastly uncomfortable in those kind of situations. So I game instead. It's also a great creative outlet for me, which I also badly need. I'm always bursting at the seams with ideas. Characters, plots, environments, stories, worlds, etc. Gaming gives me a chance to express those things and often allows me to express them in ways that are unique to tabletop gaming.
0
0
May 13, 2015
There are new people? I was unaware of this!
0
0
May 13, 2015
The first tabletop game, real one that wasn't me kind of making shit like D&D up, was Shadowrun. Before Shadowrun, I put my cousins through what I imagined D&D was like, making up rules and stuff as I went. Eventually it got shut down because my aunt's husband bought into that "games like this are the devil" bullshit. Now, I read other games before playing Shadowrun. I read some Battletech stuff, the Palladium Robotech books, and yes some D&D too eventually. But I'd never actually played until I started Shadowrun. It didn't go well. My friends were not the sorts of gamers who were really going to appreciate RPGs like that, in retrospect. But I damned well tried.
1
0
Liked by: Auntie Chachi
April 30, 2015
You mean what keeps from doing game design full time? A lot of things, but at least for me there are two major things standing in my way.First is that I'm new to doing things professionally. I'm still learning a lot of things about the industry and how to produce professional products like how to art orders and such. I'm still also learning my writing voice as it pertains to doing design, which means that I haven't learned to modulate that voice to adjust for different projects or design needs (i.e. right now I tend to write rather casually, but not excessively so). The second thing is that right now I'm almost exclusively doing work for 13th Age and that limits my ability to branch out right now and get other professional work. Do I want to do design for other games? Absolutely. I want to work on Fate Core and Gumshoe and other games as well. And eventually I will. Whether it's for a 3rd party publisher or on my own or even for the original publisher. That's my goal. But right now I'm really enjoying working for Fire Opal, doing my Patreon, and doing free stuff for the community.

0
0
April 30, 2015
I like my groups sitting at around 4-5. Any smaller and it feels like we're missing something. Any bigger and it's harder to ensure that everybody has some spotlight time.
0
0
April 30, 2015
This is a really weird question. Do I believe they're real? Well, I know people who are witches. They don't do magic, sure, but they're witches. Wizards? Don't know anybody who is a wizard, but I'm sure some people call themselves that. And when it comes to tabletop games, I know lots of people who play wizards or witches and have had meaningful experiences doing so.
0
0
April 29, 2015
I bite my thumb at thee.
1
0
Liked by: Auntie Chachi
April 29, 2015
If you go to the Settings page, there's a "Design" option. From there you can upload an image to use as a background.
1
0
April 29, 2015
I'd probably be playing something with Fate Core or Gumshoe (either Trail of Cthulhu or Night's Black Agents, likely). I'd likely be designing for them as well, I expect.
1
0
April 29, 2015
This is more or less like asking "what child would you save if you could only save one?" to a parent. I feel somewhat offended even being asked and I actually don't even want to answer it.
0
0
April 29, 2015
I... don't know who you are? Seems a bit odd to text someone like that.
0
0
April 25, 2015
Nope. Never had any inclination to do so.
0
0
February 22, 2015
Oh shit no. Why would I want to watch millionaires pat themselves on the back for things I didn't even pay attention to?
0
0
November 03, 2014
I like blue-green. If I had to pick a primary color, it'd be blue.
0
0
September 11, 2014
I love monsters that have both unique mechanics and an interesting place in the world. Cool mechanics alone don't do it for me. I want creatures that inspire me, that make players go "ooh", that are able to be linked to the story and the world. Even a goblin or kobold can be really fantastic if they're made to be more than just little bags of HP. As for most hated monster, that's kind of hard. I'm not sure I can pick any one monster, but I'll pick monsters which are overused without being made interesting. Zombies, orcs, goblins, kobolds, if you just go "here are some X, go to town" then that's lame and I don't want to see it. Make them special, make them unique, make them different in some way, or don't use them.
0
0
August 19, 2014
I would have teleportation, long range. No question about that. Being able to zip hundreds of miles at a time, or even dozens of miles at a time, would be awesome. My nemesis would... probably have some sort of mental/emotional control. That would mess with me.
0
0
July 18, 2014
I would take Fate, because using it I could play in any numbers of genre without needing a ton of rulebooks to do each of them.
0
0
July 18, 2014
Backgrounds are functionally like skills in other games. What makes them different is that you don't pull them from a list, you take parts of your character's history and life experiences and use that as a skill. Like, a character might have a "City Guard" background. With that they could interrogate people, kick down doors, look for clues or hidden things, etc. Because that character did all those things as a City Guard.
0
0

This user hasn’t answered any questions yet
Ask @WolfSamurai