About Clint from Alcohollywood:

Clint, co-host and editor of Alcohollywood, a weekly film review/drinking games podcast and website. Your source for cinebriation! New episodes every Thursday at
Chicago, IL
http://www.alcohollywood.com

October 30, 2015
Thanks for asking! Yes, we promised Indiana Jones and the Monkey King as our 200th episode, but it's turning out to be a much more involved, detailed process than we thought. The recording and music is all done, but the intricacies of editing a full four-hour radio drama are incredibly complex, in addition to doing the normal show on a weekly basis and our normal jobs/lives. It's getting to the final stages though, so we'll be sure to keep you apprised of any developments!If necessary, we're contemplating releasing it in several short sections at a time instead of all at once. Let us know if that's a method that our listeners might prefer!
1
0
Liked by: ANDREA
April 17, 2015
I asked Jared, and he had this to say:"I'll be the first to admit that some of our cocktails are better than others, but only a handful of attempts have ever had to go down the drain. I would say that savory drinks take the most tries to get right. But in general, I've had enough practice now that I can basically construct a flavor profile in my head and get it right on the first attempt."
0
0
March 27, 2015
Whoops, that's dumb; the link was a late-minute addition to the post, so something must've happened. Fixed it now, though - thanks so much for the heads up!
0
0 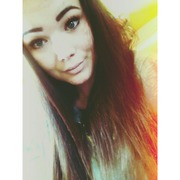 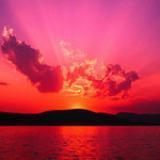 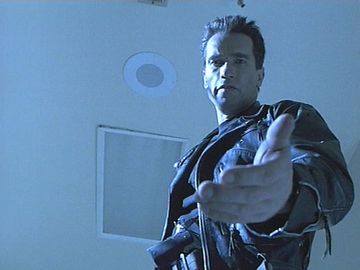 Campesino
March 06, 2015
God, I hope not - those long-movie episodes are exhausting to record (since we usually watch the movie all together right before recording). Even after The Postman, we've decided to double-check movie lengths before putting it on our lineup, or just make sure to watch them separately before meeting to record if we still really want to do a long movie.
0
0
March 06, 2015
Pretty grateful, honestly - I don't know where all the support came from, but it's real neat. I suppose it shouldn't be unexpected, since we got to rip into a hilariously bad movie (and that's the bread and butter of the movie podcast genre), but it's definitely noteworthy that it's got substantially more downloads than most of our other eps. We made a soft rule that we wouldn't be a strictly 'bad movie podcast,' since there are so many of those out there, but this reminds us that we should make sure to keep them in our rotation.
0
0
February 21, 2015
It would probably be neck-and-neck for awhile, but I'd just end up getting a penalty point on principle because I'd get his damn name wrong again.
3
0
Liked by: Boy Blue Booky General Ironicus
February 21, 2015
0
0
February 17, 2015
I tend to get really behind on music, but in terms of new stuff I've really enjoyed lately, I really dig the New Pornographers' new album Brill Bruisers, as well as Neko Case's latest album (The Worse Things Get, the Harder I Fight, the Harder I Fight, the More I Love You . I'm working my way through Bjork's new album Vulnicura as well, and it feels like a throwback to the stuff I used to listen to of hers in 200 before she got too ambient. When I like to shake things up, I go to Noon Pacific (www.noonpacific.com), which is a curated playlist that goes up at 12PM PST every Monday; it's usually pretty solid, if a little EDM-centric. I listen to film scores a lot when I work/write, so I've admittedly been paying more attention to those: I actually rather dug Michael Giacchino's score for Jupiter Ascending, and every year I make a CD-length mix of tracks/scores I liked from the previous year. Here's mine for last year: https://www.youtube.com/playlist?list=PLNKN0u81IVyv_zQhhfrvQs8gVYrtnieqt

1
0
Liked by: Jean Pierre Goldfrapp
February 05, 2015
To be honest, I have no idea what MODE is, but I'm sure I could take a crack at it.As for other FMV titles, the Wing Commander episode made me think I could probably come up with a good one for the FMV titles there. Possible rules would include drinking 1) whenever Tom Wilson clearly ad-libbed a Maniac line/bit, 2) someone chastises/compliments you on what you did during a mission, and 3) whenever someone says 'waypoint' or 'wingman'.
0
0
February 01, 2015
That'd be SUPER awesome, if we found a way to get away from work for long enough, and we could be reasonably sure we'd at least break even and not go broke in the process. We've thought about live episodes in Chicago as well; we just need to find the right venue and find the time to commit to it. If you've got any ideas, we'd love to hear them!
0
0
February 01, 2015
I'll put it this way - if it can pass the Turing Test, I've got no problem with it.
0
0
January 29, 2015
Right now, it is true that we're not doing any quizzes. Back in the day, we would always follow up our breaks with a relevant quiz, along with a victory and punishment shot. As we went on, though, we noticed that (surprise, surprise) the episodes were starting to lose focus a bit and get less entertaining after everyone had a shot in them. While we tried it for awhile with non-alcoholic shots, that got to be a bit more of a hassle than it was worth, and it was frankly difficult for the both of us to alternate making quizzes, as it was just that much more to prepare on top of everything else. Furthermore, we've been trying to streamline the episodes more (keeping them around 70-80 minutes), and that would just end up adding 5-6 minutes to the total runtime. I think that, if demand were to be sufficient for the quizzes to come back, we'd be more than happy to accommodate - just maybe without the victory/punishment shots.

0
0
January 13, 2015
Hah yeah, I noticed that as soon as I posted it, but I decided I was too lazy to change it. As for the question, there are a few suggestions that we've vetted and decided we wouldn't go for. For example, we almost did an episode on 2001's Town & Country, but on the night we figured out we couldn't actually find a copy of it anywhere (even to buy), so what would be the point of talking about it if no one else has seen it? Other stuff we've rejected is stuff that's too long/artsy to really make work (Tarkovsky's Stalker), or infamously 'bad' films that are too obvious/have been done to death by other Internet movie things (The Room, Troll 2, Birdemic). Not to say we would NEVER do them, but I think we'd have to make sure the interest was there.
0
0
December 29, 2014
What's Doctor Who?
0
0
December 17, 2014
Huh, how weird. Did Paprika get an ARG like 7 years after it was released?
0
0
December 15, 2014
To my knowledge, no, but since we're mentioned a couple times on TVTropes I'm imagining it's only a matter of time. I fully expect fans of the show to keep me apprised of any developments on this front. I must learn which of us is tsun or dere.
0
0
December 02, 2014
Just because we talked about it recently, I'd love to go back in time and remake Last Action Hero to allow them to pick one of the five or six directions they so wanted to take with it and actually stick to it.
0
0
December 02, 2014
I think Jared speaks a little French, and I took Japanese for three years, but in terms of fluency I'd say we're both your bog-standard jingoistic Yanks who only know howsta speak Murican.
0
0
December 02, 2014
Why thanks!
0
0
November 22, 2014
Ain't nothing saltier than Angelina Jolie's Salt.
0
0
November 13, 2014
It's a good question, but I fear my answers will be aggressively lame and predictable. Plus, I'm SUPER into movies, to the extent where a great deal of the books I read lately are nonfiction books about film history (Pictures at a Revolution, Inside Out, My Year in Flops), and most of the music I listen to are film soundtracks/scores since they're great for writing.Outside of that, though, I just got done actually reading I Know Why the Caged Bird Sings, which was great. I've also been reading a lot of great short stories, like "Smell of Fatigue" by Melida Rodas, "Bartleby the Scrivener" by Melville, "Hills Like White Elephants" by Hemingway, and so on. I'm also hearing good things about Augusten Burroughs, I need to get around to reading him sometime.In terms of actual songwritten songs, I'm really into the New Pornographers/Neko Case/AC Newman because I'm one of those damn white people, and Mavis Staples' most recent album "One True Vine" is nice afternoon listening. I'm on the lookout for new music, though, since I'm terrible at keeping up with that stuff.As for shows, I can recommend the usual prestige dramas (Breaking Bad, Mad Men, etc.), and I'm one of those really stupid people who loves Doctor Who. As for sitcoms, I'm an appointment watcher for Parks and Rec, Brooklyn Nine-Nine, New Girl and The League (though I leave it to you which one of those four shows is actually getting better with each episode). Also, if you haven't watched Rectify, it's on Netflix and you should do so immediately.

0
0
November 13, 2014
Stay tuned in a couple of weeks; we may have an answer to that question.
1
0
Liked by: General Ironicus
November 04, 2014
It'd be made entirely of fake ask.fm questions I'd ask and answer myself as a FICTIONAL COOL GUY, since that'd be a good way to eat up my word count.
0
0
November 03, 2014
Thanks! We've gotten a lot of great feedback on those; it's a semi-retired column now, since frankly it's easier for me to go to the multiplex and just write on how good/bad two new releases are than it is for Jared to meticulously curate a series of films that are a) old/forgotten and b) actually any good. Maybe if we're able to free up some more time/there's enough interest, we can bring it back someday.
0
0
November 01, 2014
I grew up in central Illinois, went to college in NE Missouri, then moved up to where the action is. I haven't actually listened to the whole album, but I remember hearing the song itself in Little Miss Sunshine. The remaining questions are well beyond my purview or scope of knowledge; sometimes, some things must simply remain a mystery.
0
0

This user hasn’t answered any questions yet
Ask @alcohollywood 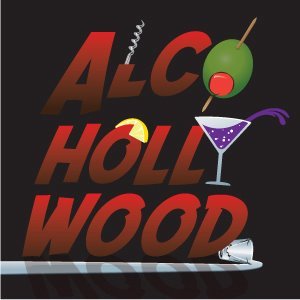