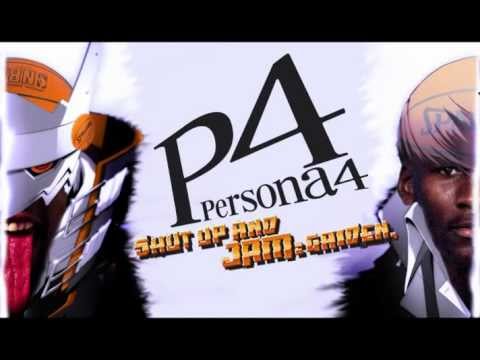 0
0
June 24, 2014
Highly vertical metroidvania inspired by the BLAME! universe.
You are a machine-mother with a machine-daughter.
The Tower reaches to the stars.
You won't make the journey... but maybe your daughter... or one of her daughters... will.
Climb. Keep climbing.No health, no upgrades, no dying -- just your wits, your gravity blade (which will be passed down generation to generation), and your machine-daughter ( who can be captured, corrupted, killed... you can carry her and protect her or fail/abandon her and continue your journey alone).Your daughter eventually grows and the mother eventually dies.
Then the daughter can become a mom, herself.
The cycle continues, generation after generation until you reach the top of the tower.There's a lot of focus on procuring or raising a daughter.
The way you interact with and around your daughter will influence her available abilities when she grows up.Examples:
- if you do a lot of long jumps which she can barely make, she may develop a ledge grab when she grows up.
- if carry her a lot she'll run toward you faster when you call for her and stay closer when you're not carrying her.
- if you explore (use sonar, drop beacons, etc.) she may sonar by herself and find items and she'll have enhanced sonar range when she grows up.,,There are lots of hidden interactions, too -- for example, you can find books from the ancient world and tell your daughter bedtime stories when you build a campfire (your daughter fatigues while you don't... you can carry her instead of building a camp fire, though). When she learns the, she can tell them to her own daughter, later on... ("let me tell you a story your grandmother told me...")Movement and combat focuses on skilful and judicious use for your gravity blade and your superior mobility -- parrying attacks and sliding/jumping around to hit enemy weak points while they're exposed. Enemies may attack you or your daughter. If they capture her, the game doesn't end -- you may try to track her down and save her... though if you're too late she may be corrupted... (may lead to boss fights or having to put down your daughter... or try for desperate measure...). You can also just abandon her and try to continue to the top of the tower on your own... this may open up different route.There might be multiplayer stuff down the road if things go well (you can try to kidnap another player's daughter or kill her and feed her to your daughter).

Saber Tank
June 23, 2014
Hang in there, brah!And I'm using gamemaker Studio at the moment. I like it so far. Has lots of features suited to a one-man-show.
0
0
June 23, 2014
Yeah -- if I had been trained/trained myself properly though I wouldn't have so many bad habits and underdeveloped skills.Grab Loomis:
http://illustrationage.com/2013/04/02/free-andrew-loomis-art-instruction-downloads/Generic advice: practice all the time, THINK about what you're doing, develop the right drawing habits, Also: alternate between doing projects and straight-up grinding ... don't wait until your skills are 'good enough'. -- you'll never be as good as you want to be. Instead, treat your current project as training grounds for your next project. Thinking this way will break perfectionism paralysis when it occurs.
2
0
Liked by: Person Twitter NEET Symphony
June 23, 2014
Yup, I worked as a game designer for 4 years doing system stuff, balancing, level design, story, content, etc.The game themselves were mobile ripoffs, though -- Diablo, Guitar Hero, DJ Hero, Cooking Mama, a tank game, and Splinter Cell 5 for the DS. I did my B.Math/computer science so the programming part is alright. I can do the art, too. I'm plugging away at the Mother||Child demo when I get too tired to draw.
0
0
June 23, 2014
Thanks for reminding me about that cupcake marriage comic.
;~;
tfw you will never give away your magical musume
oh well
: (
0
0
June 23, 2014
It is pretty big, isn't it?
1
0
Liked by: Twitter NEET Symphony
June 23, 2014
You can do better.
0
0
June 23, 2014
Acceptable. =w==3=
0
0
June 23, 2014
"Bikky" is just a cute way of saying "Vicky". It's like a pet name, I guess. The two puppy-kids seem to have picked it up somehow...
0
0
June 23, 2014
Maybe, though unlikely.
I like being able to use my art for my own purposes.
0
0
June 23, 2014
Maybe she's going to share her frosting. Cupcake is a good girl!
A GOOD GIRL
0
0
June 23, 2014
I dunno, let's see...
0
0
June 23, 2014
Thanks, mom.
0
0
June 23, 2014
Cupcake is a cakekin nonbinary transsaturatedfat frosting so pls dont do a swap2 her
its not rite dont do an a apress
lern ur lessen
0
0
June 23, 2014
1) Give cake
2) Touch butt
3) Dual-wield finger guns and moonwalk away in a trail of sweat and spaghetti
1
0
Liked by: Hat-chan
June 23, 2014
Mega Manlet
5 foot 2My ideal waifu is the size of Sakura
the shape of Sakura
also the taste and smell of Sakuratfw only slightly larger than Sakuramanlet feels
0
0
June 22, 2014
Tange Sakura: "Have a cake day! =3="
0
0
June 22, 2014
[sounds of spanking, crying]
1
0
Liked by: Artemi
June 22, 2014
ok if u ned a lern on a rede u shud STAY IN A SKOOLE OIK lern ur work
ugh
ok b a caek its a life lesen 2 u its my present ok bye
1
0
Liked by: Fifty Shades of Decu
June 22, 2014
PLS B A REPECT ON A CAEK OK
LERN IT RITE
0
0
June 22, 2014
NP!Well, there will be a semi-revival in the Cupcake universe. Some of the character designs will be revived, anyway. It was originally cancelled because the art wasn't good enough and I felt like I was retreading old ground.
0
0
June 20, 2014
Derrière Hakushaku
Stand: Cake Streamer
... The power to gather attention, a cutest and best, generate unlimited cakes, gain twitch subs
1
0
Liked by: Hat-chan
June 20, 2014
I feel a lot better after finishing NNN and kicking human relationships to the curb. Comics every day, straight line to the grave, brah.
1
0
Liked by: Twitter NEET Symphony