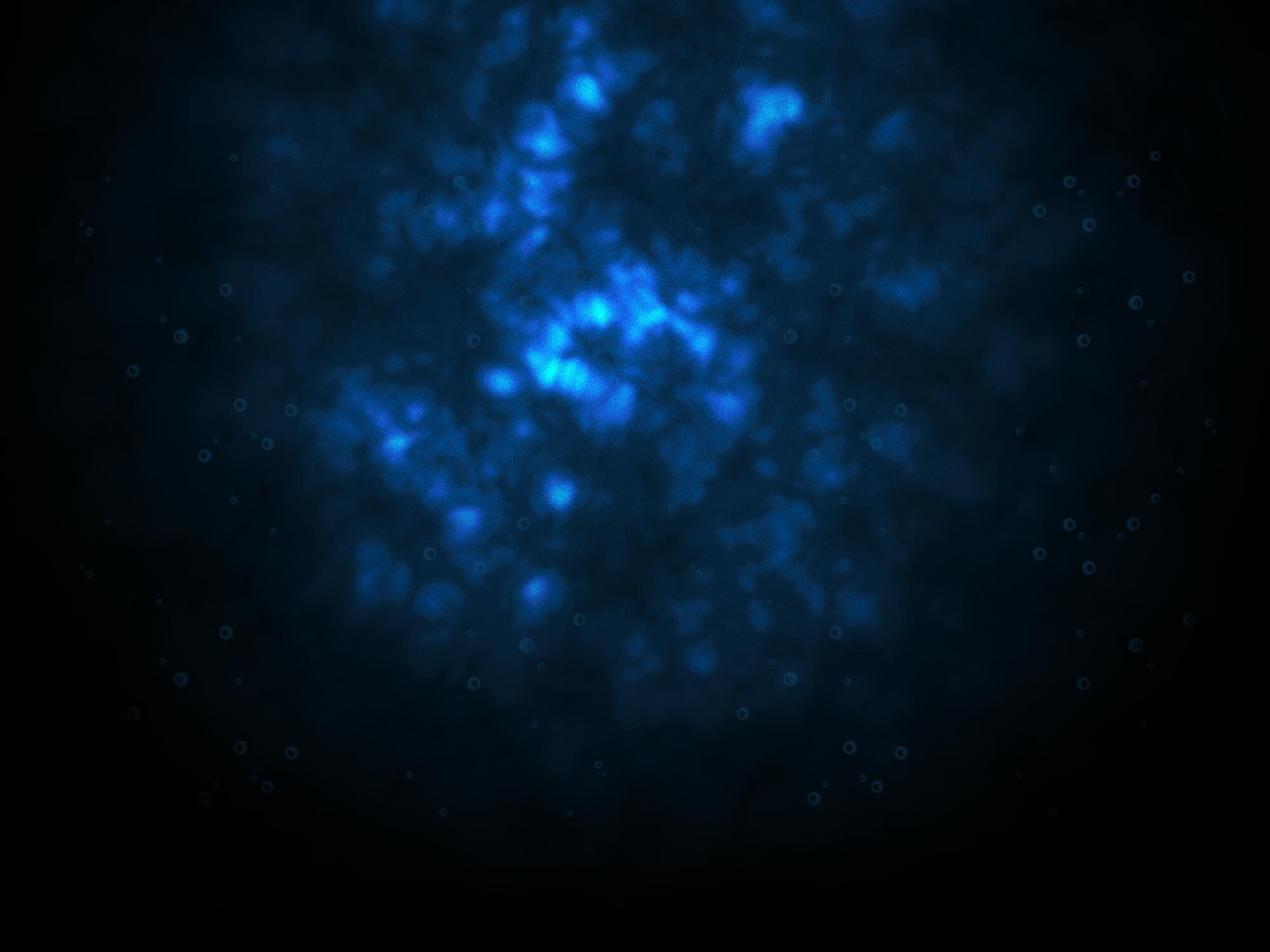 March 25, 2015
JOHN DIES AT THE END. I have no words for how badly you need to read this book. Go on. Do it. Do it now.
0
0
March 25, 2015
Weirdly enough, no! I've been wanting to get in on it for a while but somehow haven't gotten around to it yet. I blame @jhackenstein.
0
0
November 29, 2014
Müsli.
0
0
November 29, 2014
Yes.
0
0
August 10, 2014
Working.
0
0
July 10, 2014
0
0
July 08, 2014
I wasn't aware of their existence, but I gave it a quick listen on the tubes and though it's not my most favorite genre, I could see myself getting into it.
0
0
June 17, 2014
Manual labor.
0
0
May 27, 2014
Hells no, friends are the worst.
0
0
May 26, 2014
You mean that thing I mentioned earlier? That wasn't a death threat, just some guy who really wanted to punch me because of The Day. I don't think I've gotten a proper death threat yet. Or maybe I did, I'm not sure.Anyway, depending on the graveness I'd probably report it to the authorities (just as a formality though, since they tend to do jack shit about it.) But this one was actually kinda cute, it kind of asked for my participation in imagining him punching me in the face, because writing it was the closest he could get to doing it. He even thanked me for my time. I don't know, I just appreciate a bit of humor, even when it comes from a hostile place.Of course it also amuses me that he just assumes he could. Even if the mouthy ones weren't notoriously chicken, I'm kind of a massive dude, I'll just sit on you until you calm down. (We're all about peaceful resolution here in the Shire. Love and peace, bro.)

0
0
May 20, 2014
Well, I sure had a bit of a chuckle at that just now. But I guess if other people start dreaming about this it really is time to buy a new computer. Myself, I usually dream about dying or something equally exciting, and then doing the same thing over and over again. Might have something to do with making and playing lots of games, who knows.I currently have no plans to visit the CCC, but should you ever see me hanging around somewhere, don't hesitate to say Hi. I'm like, the least intimidating person ever and I love to talk to people, so, you know, go for it. ;)
0
0
May 18, 2014
I touched a spider once. YOU DECIDE.
0
0
May 12, 2014
I just run away.
0
0
April 30, 2014
Midnight Meat Train
0
0
April 25, 2014
Oof, I don't think I can answer that. You see, I started reading them when I was 10 or 11 and read the last three as they came out, so it's been … A DECADE? SERIOUSLY!? Jesus Christ, that's depressing!Anyway, so I read it long before I even started to pay attention to the portrayal of women. I know there's at least one or two questionable scenes, the one that I assume prompted you to ask included, but overall I don't remember it well enough to comment.There is one major character though who I thought was pretty damn awesome (in several ways actually, none of which I can discuss because massive spoilers and stuff), so I hope that at least she is as well-written as I remember.
0
0
April 20, 2014
Love yourself and others selflessly and unconditionally and you'll be the happiest person in the world. Also, drugs.
0
0
April 11, 2014
I probably wouldn't say anything. I'm a road sign.
0
0
April 09, 2014
Sure, always. You see, the trouble with a game like The Day is that the people who missed it when it first made the rounds probably won't hear about it because it can't be discussed without spoiling it, so nobody really does, making it hard to spread through word of mouth.So if you wanna help, keep telling people that it exists, keep posting links for the people who missed it the first time, and if there's any journalists, bloggers, YouTubers, activists, etc. whose work you like, ask them if they know it and what they thought. Basically, talk about it, that would be a big help right there, and I'd be very grateful because there is kind of a limit to what a nobody like me can do on his own. ;)
0
0
April 08, 2014
Just talking out of my ass here, but I think the term as it is used in games today originated in The Golden Era of film and meant "not part of the studio system," as back in the olden days almost all films were produced by MGM, RKO, Fox, Paramount, Universal, UA and another one I keep forgetting. Not to work within that system was to be independent.Similar with the games industry: You have your big-ass corporations like EA, Ubisoft, Square Enix and whoever else backing the big AAA titles, and then there's the people working out of their mom's basement, making games for fun. Of course we don't have a closed-off studio system that you can be outside of and even independent films today are produced by subsidiaries of the big studios, so I'd say now the distinction is made with regards to your goals as a developer. If it's run like a business, optimized for maximum profit, you have EA and Michael Bay films. If it's love for the work driving you to create, that's indie.There are some border cases, but that's how I tend to think of it, love vs. business. As in, I don't really know what King or Zynga is, but if you steal concepts to make a quick buck you're not really indie to me, even if you're just one dude ripping off stuff in your mom's basement. Also, fuck that. You suck.

0
0
April 06, 2014
Why? What have you heard? Who've you been talking to? ~_O
0
0
April 03, 2014
I KNOW RIGHT???
0
0
April 02, 2014
First of all, this seems like it should be one these automatic Question of the Day thingies, but since it's not, I gotta ask: Why do you wanna know?Now, are we talking about trying stuff or regular use? Trying, I'd say first and foremost speed, ecstasy, cocaine. Regular use, weed of course.
0
0
April 01, 2014
A Scanner Darkly, probably. Can't really talk about it without spoiling it, but if you haven't read it, drop whatever it is you're doing and go read it IMMEDIATELY.
0
0
March 28, 2014
Easy answers first: Relate? Kafka. Favorite character? Oshima. What I liked about it is a bit harder to explain though. It's of course incredibly well-written and an impossibly intruiging story, but what struck me most is, well, the weirdness. I guess to explain why would require a lengthy discussion of forms of storytelling and what my own stream of consciousness looks like, so for now let's just say that I'm a big fan of surrealism. Naturally I've read some blatantly odd stories before, but this one was special in that it was kind of a subtle hybrid. You know, like, there's Eraserhead, and then there's Mulholland Drive, if that makes sense.
But anyway, it's an incredible book through and through, so the short answer to that question would more accurately be "everything."
0
0
March 28, 2014
No excuses!I hear ya though, I have the same problem when it comes to writing. That, too, is something you just need to do, to practice to get better, but with ridiculously high standards and general laziness after a long day's work, I don't do it as much as I should.What I found to be helpful there, is to set aside one hour a day for practice. Doesn't have to be good, doesn't have to make sense, I just write for one hour, and if I'm feeling it, I just keep going (though it can also be a decent motivator if you force yourself to stop when the time is over. That way, if you're really into it, you automatically work faster to get whatever it is that has you excited done in time.)So if you establish that, for example, 9-10pm is programming time and stick to it, it'll slowly become routine. That's kind of the ideal place to be at, where it's just part of your day and not a conscious effort you have to make.Which reminds me that I should probably start doing that again. I guess I just forgot with everything that's been going on lately. OOPS.…Anyway, no excuses, you! ;)

This user hasn’t answered any questions yet
Ask @elCrabman 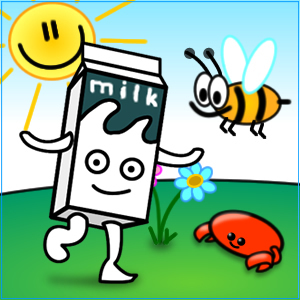