June 22, 2016
I've never seen any that weren't overpriced. there are other options for cheap nonperishables that require no preparation. that said I do like larabar and clif.no idea why anyone would ask me this
0
0
September 27, 2015
no
0
0
September 27, 2015
most people just don't get it, and never will no matter how you explain it. partly because their livelihood depends on their not understanding it, and because of social pressure to not understand it. it's a tricky situation. I wrote that post to try to get people to understand, but it didn't help in that regard at all. if the post had any positive consequences whatsoever, it's revealing to people that they're really not the only one with this set of problems. everyone has it to some degree
0
0
August 20, 2015
I should be cagey about answering that sort of question
0
0
March 29, 2015
wow I'm glad you said this here and not on the admonymous page, thus giving me implicit permission to publish it
0
0
March 29, 2015
I drove, using the car that I now live in. It sure wouldn't make it back across the country in its current condition.
0
0
January 25, 2015
not even a little. in fact, in some ways, less realism is better
0
0
January 21, 2015
follower
0
0
December 06, 2014
the love of my life, Connie, continues to be dead. nothing else has made me cry since her death
0
0
November 30, 2014
I've been homeless since january 2013
0
0
November 19, 2014
I don't want to have children, because depression is heritable and I would never inflict it on someone. Even if I did want to, I am an antinatalist and would refuse to.Otherwise, Jerry.
0
0

This user hasn’t answered any questions yet
Ask @Grognor 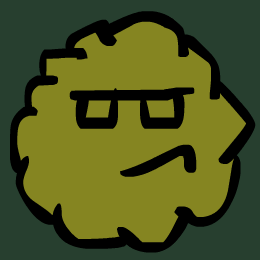