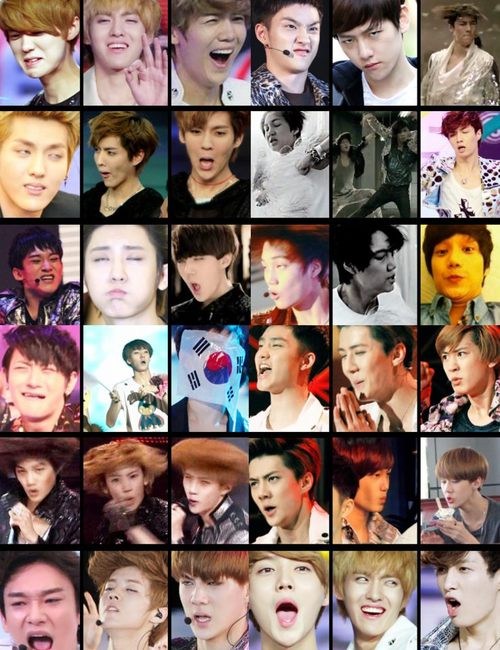 I like writing but I'm trying to start all over again because I've been away for so long that somehow I just forgot how to write.
kaisoo's crib
https://twitter.com/strwberybery

July 31, 2014
To people who keep on trying to convince me to ship my notp, be thankful I burned my hand yesterday, otherwise I'd be bitchslapping you so hard right now, your head will rotate 360 degrees on your spine. Stop forcing me to love what you love okay?
3
0
Liked by: ^^ GRAY ★hani
July 25, 2014
Sehun stared at the protruding piece of paper wedged in between the pages of his notebook. He wasn't one to hesitate when it comes to plucking love notes out of the confines of his notebooks and other reading materials. This however, takes the cake. He eyed the unusually thick note that seems to smell strongly of roses. He pulled out the paper, an elaborately decorated envelope and opened it. It was empty.
"Fuck!" Zitao swore under her breath as she watched the love of her life scrutinize the empty envelope again in hopes of finding the sender's signature. She clutched the other part of the note, the letter, in her other hand and went back to hiding inside the broom closet she had crammed into earlier. She was hoping to catch the expression on Sehun's face when he reads her letter. Except for the fact that she forgot to put the letter in the envelope in her haste to find a suitable hiding place. She closed eyes and mentally slapped herself for her stupidity. Maybe this is destiny talking, she thinks. Maybe she's forbidden from telling Sehun how she really feels. Maybe---
"What are you doing in there?"
Preoccupied by her thoughts, she didn't hear the approaching footsteps and was stunned when the closet doors were held wide open by a tall lanky boy with a mop of platinum blond hair. She let out a squeak and immediately backed away. The said boy however, cocked an eyebrow and upon hearing Zitao’s pleas not to hurt her, threw back his head and laughed, the kind of laugh that starts from one’s core, bubbles out one’s lips and cascades down like a clear waterfall down other people’s ears and cause them to laugh as well.
“Come on, you need to get out of there. Jongin said there are awfull stuff stuffed inside that closet” Sehun finally said when both of them stopped laughing. He held out his hand to help her up. Zitao was too busy blushing and mentally scolding herself that she didn’t notice that Sehun had held her hand longer that what was necessary. She also didn’t see the small smile he gave her when she thanked him and scampered quickly out of the classroom. It was on her way home that she noticed that her pockets were empty. And the letter she was supposed to give to Sehun was missing.
She did find it eventually. Stashed inside her locker, inside the familiar rose-smelling envelope along with another note that says 'meet me after class'.a/n: hello hani! I hope this is fluffy enough? cos this is my first time writing Taohun /splutters/

3
0
Liked by: ★hani ^^ GRAY
July 31, 2014
Happy 18th Grace! I hope you'll have a great time (with noona? just kidding!) anyway...omg WAIT WAIT!!!!
YOU'RE LEGAL NOW!!! YOU CAN DRINK BEER LEGALLY AND MAKE RAMPA AROUND THE CAMPUS LEGALLY!!! AND YOU CAN ACCESS ~ADULT SITES~ LEGALLY AT LAST! +you can be imprisoned too...you are free to join me in my jail cell~
run along now gregzhaen~ go do adult stuff cos ur an adult now
2
0
Liked by: ★hani GRAY 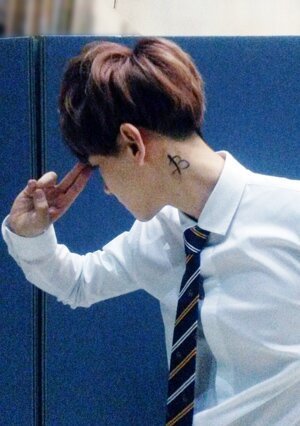 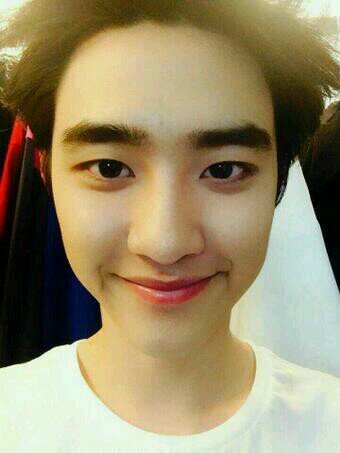 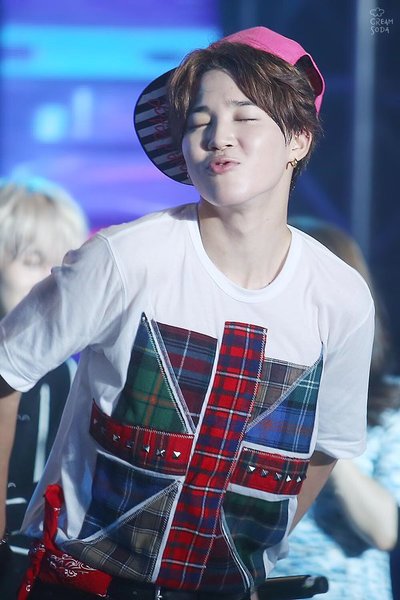 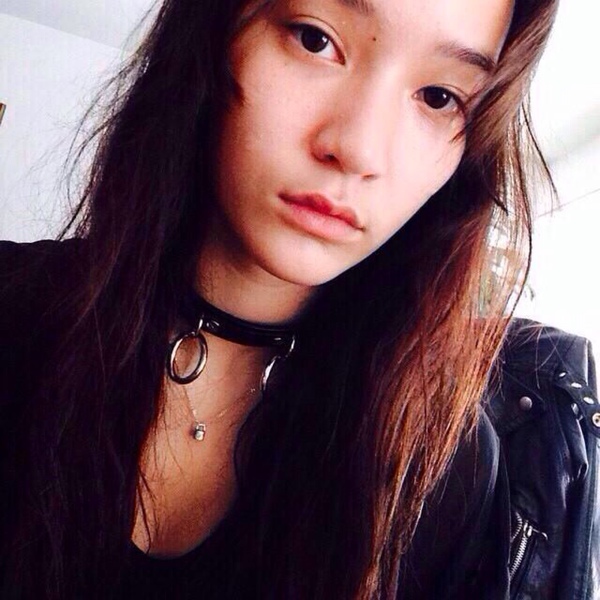 ★hani
August 06, 2014
omg....uh afdlgdasjhfas;hfiaoehpyeah. but!!!! that was full of my weird crap from 2 years ago!!!! OTL
1
0
Liked by: ^^
August 04, 2014
omg who are you? lol are you ate girlie?
hahahah "works" /pukes bood/ I think you got the wrong writer anon. I have posted just 1 (ONE!) fic in my lj so far? and it's not even a fic...it's a drabble omg
1
0
Liked by: Girlie
July 31, 2014
lol this prompt was from 10 days ago I'm sorry~
anyway, here it is! (can't fit in the ask thingy so I had to post it somehere else +relearn html you should appreciate how much effort I had thrown into this you legal fegit. jk)
http://strwberydaifuku.livejournal.com/766.html
1
0
Liked by: GRAY
July 31, 2014
I have to concentrate on writing stuff...yeah. fic exchanges and all. chos. anyway, I'll be back naman next week? or maybe later than that but yeah
1
0
Liked by: GRAY
July 20, 2014
"Well, isn't this a surprise..." Chanyeol propped his legs on his desk as he grinned at the brunette sitting awkwardly in the front row. "A student council officer, not to mention president, is joining me for this day's detention." Chanyeol's grin became, if possible, even wider. He got up from his chair and sat behind the smaller boy, earning a dirty look as he ruffled the said boy's hair.
"I see my baby's being naughty even in school. What did you do Byun?"
Baekhyun snorted "Excuse me Park, but I wasn't being naughty." He turned on his chair and stared daggers at the man who was obviously enjoying himself "It was your fault! Professor Han found your stash of cigarettes crammed inside my backpack!"
Chanyeol laughed. "C'mere you ball of fluff!"
He pulled Baekhyun over the desk, sat him on his lap and started peppering him with kisses. The smaller man tried to disentangle himself from the jumble of long limbs that is his boyfriend "Stop it Yeol! Somebody might actually see us! And don't forget that I'm still mad at you for tainting my previously clean school record Stop it this instant or I'll- Oh God!"
Chanyeol chuckled as he sucked another hickey on Baekhyun's soft neck, earning another moan from the student council president. He pulled back and faced Baekhyun, smirking when he saw the blissful look on his boyfriend's face. "Shut up Byun. I know you've been fantasizing about spending detention with me." and he swooped down to capture Baek's lips in his.
The next day, Baekhyun’s in detention again.OMG I'M SO SORRY THIS IS LIKE 10 DAYS LATE ANON!!! I hope you like it? :D 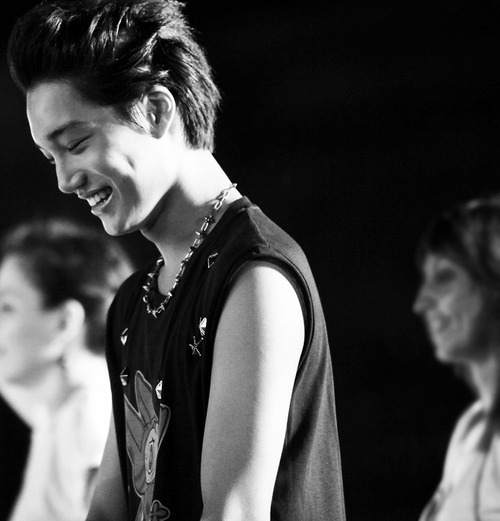