August 07, 2021
Gaylord
0
0
August 06, 2021
I don't like massages. They just feel poke-y and bony. Even if were a soft massage and only against my muscles I still don't think I would like it. Maybe because I feel awkward about human touch. But then, the message chairs at the store don't really do anything for me either.
0
0
July 27, 2021
Friendship to me is when there's someone I like talking (typing) to and they like talking to me too, on a one-on-one basis, and we've been talking for a while. There's no universal criterion for what my friend should be like, all my friends have been very different from each other, but still, there are very few people I'd actually want to be friends with. Most or all of them have had a wavelength in common with me in some way.I have about 3-4 friends, possibly more depending on whom you count.To the fourth question, idk, I've never discontinued friendship with someone
0
0 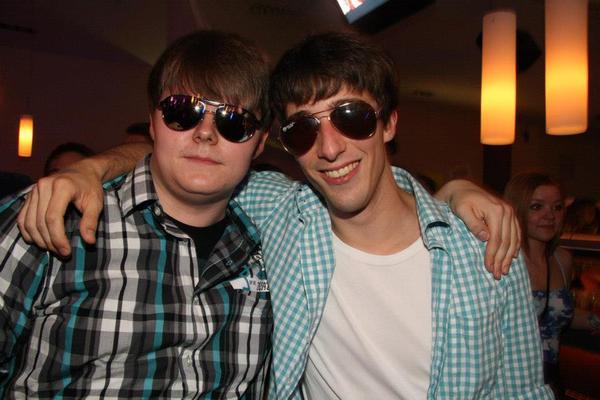 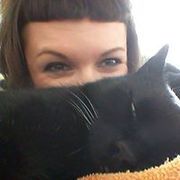 Verena V
March 18, 2021
I don't really get into bad moods (as in irascible and such), even when I feel like sh&t.
0
0
March 18, 2021
bluegreens and black.
0
0
March 18, 2021
It's okay, I don't like it as much as X-Men or The Avengers.
0
0
March 18, 2021
The power of hate is more overt, the power of love is more subtle. And some people feel hate more strongly, some people feel love more strongly, but I think more people feel hate more strongly more often. But love, on the other hand, is a cosmic force..
0
0
March 18, 2021
I hate rewatching movies and TV shows, but I often watch reruns of Family Guy or South Park that I've already seen 10 times when they're on and there's nothing else on and nothing else to do. It helps that I don't remember crap.
0
0
March 18, 2021
Yes. I have 0 posts and 22 followers. https://www.instagram.com/inhahe/
0
0
March 16, 2021
I've been thinking about how seductive nihilism, which I've always despised, seems to me lately. The idea that we're all just chemical sacks, and what happens happens and means very little, and nothing is "meant to be" would be a huge lift of burden off my heart. But I know better: our souls are weaving stories, and what we do now sets the platform for what happens in all of eternity. Should I change my beliefs just because it's convenient? I mean, it would be fair.. a lot of people are nihilists already, and you can't be blamed for having any particular outlook or stance on life when we're not given any definitive guide or answers in this life. But I'm remined of the movie A Monster Calls. The parson wouldn't give the yew tree to the apothecary for healing people and spoke out against him because he was staunchly scientistic. Then his kids got sick and he went to the apothecary for help. The apothecary said no. The sentient yew tree then destroyed the apothecary's house, for not being committed to his beliefs and throwing them out when times got tough.

0
0
March 12, 2021
A boat, a satellite phone, and a buddy.
0
0
March 10, 2021
It's complicated. An emotionally strong person would probably cry at fewer incidences, but, on the other hand, suppressing a cry for fear of being seen as weak is a kind of weakness in itself. Also, not having the inclination to cry doesn't necessarily mean you're emotionally stronger; it could just mean you're more or less devoid of emotion, which isn't exactly a strength.
0
0
March 07, 2021
`Sense of humor, it's the language of the soul.
0
0
March 05, 2021
I'm agnostic about it. Maybe there's something to it, maybe there's not. Even if there is, though, I think it shouldn't be taken in a dogmatic way.. it would be a shame if someone turned someone else down based only on their horoscope.
0
0
February 28, 2021
Some questions just don't have really interesting answers (maybe like this one?), and I don't want to be boring!
0
0
February 27, 2021
I'm sure there's a Pokémon for that.
0
0
February 27, 2021
Depends on the question. In this case, 100% apparently. ;d
0
0
February 21, 2021
I have a bunch of favorites; it's too hard to pick just one, except more or less at random. Here it is: The man who listens to reason alone is lost; reason enslaves all whose minds are not strong enough to master her. -George Bernard Shaw
0
0
February 21, 2021
I used to, with socks, but never the kind that go between your toes. My favorite are the kind that have two straps, one behind your foot and one over your foot. (Maybe those aren't flip-flops, but sandals?)
0
0
February 19, 2021
About 2-4 movies have made me cry, I don't remember what most of them were, but I remember I probably shed a tear during What Dreams May Come at the part where Robin William's character has just saved his wife from hell, then because of having been in hell he succumbs to hell himself, then his wife in turn saves him.
0
0
August 05, 2019
Walking right into a spider web and not knowing where the spider is but figuring it's probably on me somewhere.
2
0
Liked by: Daniel Wiesel robi289
August 05, 2019
I guess that means favorite song? It varies depending on my mood. But one of them is Suzanne Vega - Penitent.
0
0
August 03, 2019
Kittens!!!
0
0
July 30, 2019
It depends on the rate of their metabolism and probably other things. Also some may eat more of it than others.
0
0
July 29, 2019
Definitely Doritos. I like Spicy Sweet Chili and DINAMITA Chili Limón.
0
0

This user hasn’t answered any questions yet
Ask @overdork