Makkah
Discussing the KZ3 Beta With the Best of the Best, RayeD_X
www.goo.gl/8a5S2ҳ̸Ҳ̸ҳ مقابلة مع ثاني أفضل لاعب عالمياً في ҳ̸Ҳ̸ҳ KZ2
www.goo.gl/gxT1h
#Engineer #Gamer #Astronomy #Anime #Science #Questions #AskMe #Verified #Makkah
over 1 year ago
I have decided to unfollow everyone. Please like this if you want me to follow you and send you questions. PS: Everyone will be followed so don't forget to follow me back!

395
0
Forward the question
over 1 year ago
First of all, I think many people on here are so arrogant and stupid.I asked them a simple question "What do aliens look like?" And almost all what I got was some shitty & cheap answers just because they have used Google translator!I seriously feel like I committed a crime by signing up to Ask.fm! Many random people on here make me sick in like everytime. All what they ask for is "LIKES". Sorry, I can't give you a like when you have such a shitty answer.Anyway, I really do believe that aliens do exist and it's only a matter of time before we/they discover them/us. In fact, I think life is very common in the universe.I will give you some of the top reasons that made me believe in aliens.1- The universe is so freakin' big. In fact, it's expanding in every second.Being the only living creatures in the universe would mean that our solar system is our universe. So the universe is going to have 8, 9 or 10 planets with one sun in total, that's all.I really find it very hard to believe that we are THE ONLY living creatures on +170 billion galaxies!!!!!!!!!!!2-Many people keep telling me that the Quran didn't mention something about the aliens.Well, The Quran also didn't mention something about smoking, so why is it prohibited (Haram)?The Quran didn't mention all the fruits in the world, so why do they exist?Allah (The God) didn't mention all His prophets, but He asked us to believe in all of them to become Muslims. Why is that? 3- Black holes and aliens were a science fiction in the past decades. fortunately, now black holes are NOT a science fiction. In fact, we discovered that black holes are much stranger than a science fiction! lol4- Where there's water, there's life.Allah mentioned that in the Quran, so what does that mean to you?You would probably think that water ONLY EXIST on planet Earth, but let me just tell that water is very very common in the universe!Comets are Water/Life/Death delivers. We came to exist after the extinction of dinosaurs.I'm really starting to get tired of Ask.fm, please guys at least don't insult me!Believing in aliens doesn't make you a non Muslim. Unfortunately, Saudi Arabia is still a tenth world country and probably all the Arab countries as well.Peace. ^^

216
0
Forward the question
over 1 year ago
I have decided to unfollow everyone.Please like this if you want me to follow you and send you questions.Everyone will be followed so don't forget to follow me back! PS: It has been 10 months since the last time I did this (https://ask.fm/rayedx/answers/128659759886), and now it's time to refresh my following list.

198
0
Forward the question
over 1 year ago
Love. Hate doesn't actually exist; it's only the absence of love. <3

148
0
Forward the question
over 1 year ago
Sometimes I am a leader that follows himself. Other times I am a follower that leads himself.*The person who is responsible for 'Question of the Day' commits suicide*PS: You guys are welcome!

136
0
Forward the question
over 1 year ago
This is a drawing of me.Please follow the next steps to receive this amazing gift:1- Print it out.
2- Frame it.
3- Hang/put it on your wall.You are welcome! 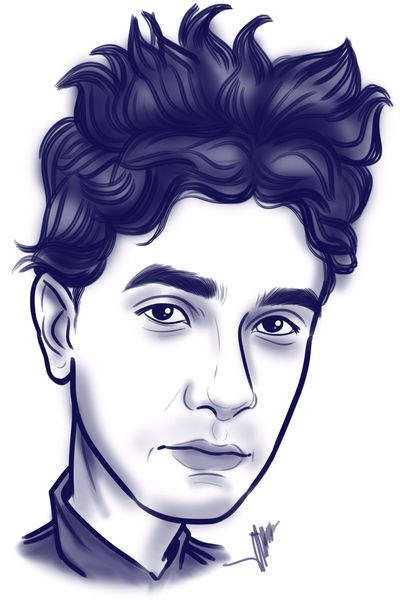 133
0
Forward the question
over 1 year ago
YES, I DO!These are my own reasons and opinions for believing in a multiverse since I have watched hundreds of documentaries and read about it a long time ago.1- If you believe in the big bang theory, then you automatically believe in a multiverse.If it happened once, then it can happen again and again.Please tell me how did our universe come into existent if you don't believe in the big bang theory.Anyway, you should read about the following theories on Wikipedia if you want more information:- The String Theory
- The M-theory
- Quantum Mechanics
- Inflation (cosmology)Or you can search for their documentaries on Youtube.2- Some people said that the universe means everything, so there's no such thing as a multiverse.I was like, oh, wait a minute! Space means nothing. So why do we call it space when it's really not?Albert Einstein described it as a fabric that is curved and distorted by the objects within it.Plus, people used to believe that our galaxy is our universe until they discovered the Andromeda galaxy. Since then, they started to use the word galaxy instead of universe.3- Everytime I ask people a question, there should be at least someone who mentions The Quran.I am sorry, but do you guys really read the Quran?! I mean, do you really understand it?[Quran 65.12] Allah is the one who created seven Heavens and from Earth like them (of corresponding type)...Seven Universes + Seven Earths = Multiverse = Parallel UniversesThe word "universes" means "skies" in the Arabic Quran.The word "skies" means "heavens" in the English QuranAll those words above mean the same thing.4- To me, the multiverse aka the parallel universe is the only explanation for dreams.Like I said before. I believe that dreams are reality. Everything you see there does exist. However, they take place in another dimension.5- Believing is not seeing.I find it super ironic when many religious people on here say that they do NOT believe in a multiverse, nor
aliens, because they haven't seen them or the Quran/Bible doesn't mention them.I always reply back to them with the same question "Have you ever seen God? If not, how come do you believe in Him?"Then suddenly, they say that I'm an atheist. Unbelievable!"Science without religion is lame, religion without science is blind" - Albert EinsteinPeace. ^^

133
0
Forward the question
over 1 year ago
More than one and less than 7.2 billions.

132
0
Forward the question
about 2 months ago
That's a weird question but I would say yes. 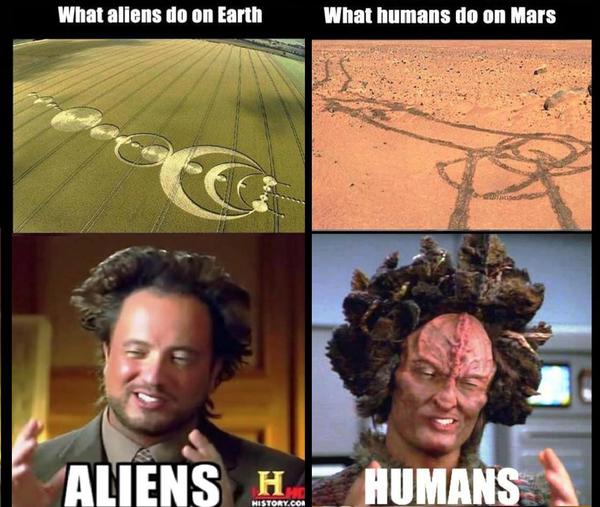 99
0
Forward the question
over 1 year ago
No. I have never used it actually, but that doesn't mean I won't try it out.What if. Whaat if. Whaaat if. WHAT IF!!! O_OOMG! I think it works. Oh, wait a minute! Can you please give me some of your friends? I need them for a scary experiment.

93
0
Forward the question
over 1 year ago
I have decided to unfollow everyone. Please like this if you want me to follow you and send you questions.Thank you! ^^

91
0
Forward the question
over 1 year ago
Because Saudi Arabia is simply a tenth world country. ;)-Why Saudi Arabia is a tenth world country? Well, it's going to be a long answer. Many people in Saudi Arabia are thieves, liars, hypocrites and racists.They keep saying that Saudi Arabia is "the safest" country in the world, and I believe that's a complete joke. Just take a look at any house in Saudi Arabia! Windows with iron bars & thick doors (nobody can break them) They look like prisons, not houses! Everyone here is afraid of the unknown thief.Even the mail boxes here in Saudi Arabia are not safe; people break them, steal them & sell them for some money. Their excuse is that the iron is getting more expensive everyday, but hey, since when that allows people to be thieves?!In America, the mail box is very simple with no such thing called LOCK. Not to mention that it may contain some cashes inside! They also have slim doors (even a 10 year-old-kid can break them) & windows with no iron bars. The Saudi community also makes fun of people in Sudan and India (Because they're black & poor). And when Americans make fun of them, they say "Oh, they're racists. They hate us because we're Muslims." Indian and Pakistani workers are treated like slaves. People who live in the West hate those in the South, and so on. Even those so called "Friends" don't respect each other, they always say "F!@# you. F!@# your mom. May Allah kick you out of His mercy" Women and Animals don't have rights in Saudi Arabia.The cats eat from the garbage everyday. And it never stops on that, they actually throw them with some stones whenever they see them. It's funny how they say that women can't drive a car! I think there's a huge difference between CAN'T & NOT ALLOWED. In fact, women in other countries CAN drive a car, but Saudi people will never be able to see that because they are simply living in caves. The TV & the camera were prohibited (Haram) 10 years ago, but now they're not (Halal). The same is happening with telescopes, they think that you may use them for "spying". How can I use them for spying when you live in a freakin' prison?Islam has had nothing to do with that, people here are just very sick. People here think that they're going to heaven, and all the rest of world will go to hell. It's funny how they forgot about that hooker when Allah forgave her because she only gave a thirsty dog some water.Those were some good examples to show how the Saudi community works.They may block my page after reading that, buy HEY! You live in Qatar so don't worry about it. ^^

91
0
Forward the question
over 1 year ago
Hey everyone! I would like to thank @AskFM for verifying and inviting me to their team of testers. I really appreciate it.Also, I can't wait to receive their gift (a grab bag of merchandise).

87
0
Forward the question
over 1 year ago
I don't wear my sunglasses at night.

85
0
Forward the question
over 1 year ago
I am known for killing people in the hardest first-person-shooter game on PS3, Killzone 2.
I remember when my friends in college knew the real me after years of hanging out together. One of them knew me right after seeing my username on my WhatsApp's picture. Other people heard it from others spreading the news! They didn't believe it was me after all those years; I honestly felt like I was Batman!

82
0
Forward the question
over 1 year ago
If you smellllll-la-la-la-la-ow, what @rayedx is baking. *drops the mic*

82
0
Forward the question
over 1 year ago
Languages? The universal language is enough for me.

81
0
Forward the question
8 months ago
Where is the part when I get paid?

80
0
Forward the question
Next