4 months ago
Just wanted you guys to know that when you're telling somebody about their FLAWS and even though your intensions are just to give em a motivation or something, or maybe that's what you tell your self, white body/ personality/ slut/ shaming someone that you don't mean to hurt. you just want them to know so; they'd get better PEOPLE let me tell you. THEY (FLAWED PEOPLE) know their flaws way better than any other thing in themselves. so, while ANNOUNCING those flaws out loud. you're just giving them another reason for self hating!! and guess what?? this SHITS ends with a result of anxiety/depression/ or maye DEATH. so, for the sake of God!! stop telling people that;
-itni moti kyu ho?
-patli ko khaya piya karo
-sanwli ho lekin khaer etc etc.
trust me!! they're all HAUNTED BY THESE FLAWS ALREADY NO NEED TO DO THAT SHIT KINDLY!! this will not do any good thing in their life.
There's alot more in it but i think i made my point quit clear. i just want you to know that if you call them out by their FLAWS just because you're BFFS!! so, you think it'd help them to get motivated. NO! it only reminds them their Flaws in even more bitter way. we're already haunted by our flaws so, for your kind gestures mentioning them now.and doesn't help. All it does to make us more concious about ourselvs. and maye hate our selfs a bit more. than kindly after their death don't say is umar mai depression tch tch acha bandi/banda/ tha etc etc. JUST TRY TO TELL THEM SOMETHING GOOD ON THEIR FACE TILL YOU CAN.

364
40
Forward the question
4 months ago
You can still breakdown; and fall to your knees and still have " صبر "?

342
25
Forward the question
4 months ago
Do you live your life to please others? If so, you'ill never know peace because nothing you do will be good enough. If you make decisions based on what others think of you, than it's time to rethink! Where does the Almighty figure in your life? Kindly, live your life.

340
45
Forward the question
3 months ago
Don't be afraid of whats to come. He wants you to have firm, faith in Him. 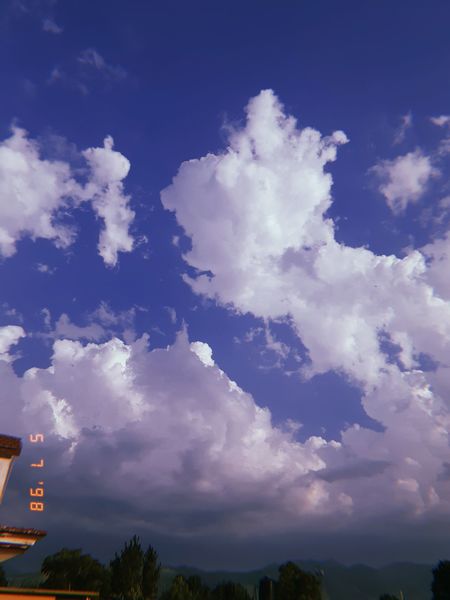 326
40
Forward the question
3 months ago
you're still in that midset. fighting, and struggling. Don't worry! you'ill shine again. maybe, you're devoid with in you. But life will show you loads of happiness again. ^-^

287
40
Forward the question
3 months ago
Are you carrying emotional baggage from your past? Remember, it can destroy you if you allow it. The state of your mind is important. If you fill it with hurt, anger, pain, revenge and regrets, it doesn't augur well for your future. Shift your focus, live your life. No one cares what you've been going through But Allah knows.

283
70
Forward the question
4 months ago
Disappear for a little while, away from all the worries and expectations. 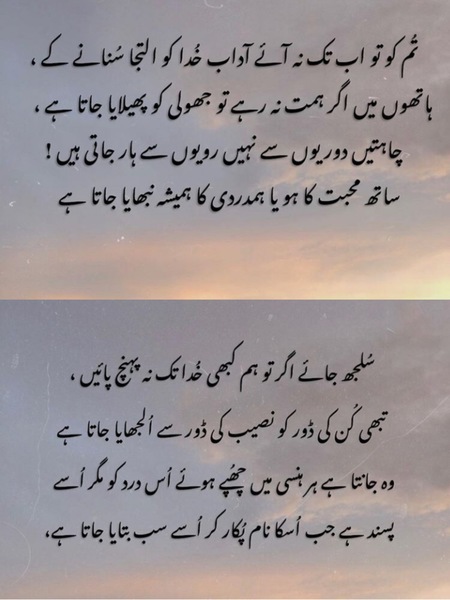 272
58
Forward the question
2 months ago
Letting go is incredibly difficult. Some find it hard to move on, clinging on to their past. seek your strength from Allah. Life is all about change. No matter how hard we try to keep things as they're. Change will come eventually. so, let go when you know you've to. Take a sigh, and persue your life with uttar faith on Allah.

269
35
Forward the question
4 months ago
Enough for today.

267
15
Forward the question
4 months ago
i don't want change in my self anymore.

256
15
Forward the question
4 months ago
thoughts.

241
5
Forward the question
4 months ago
Life is really not that complicated. you reap what you sow. You get what you give. whatever, you're criticising in others exists in you. If you'ill only recognise it. So, treat life well. what goes around comes around. Make sure you give goodness, kindness, and all things positive! Allah is with us.