Frank
November 04, 2014
Follow
The Bible, but I'm guessing you're looking for an answer more along the lines of a fictional narrative, so... The Chronicles of Narnia: The Last Battle.
0
0
❤️ Likes
show all
🔥 Rewards
show all

February 06, 2015
Hmm... I'm going to have to go with Kilauea, the volcano on the Big Island, which I visited this past holiday season. It's a really neat area with both rainforest and more "volcanic" areas. (Wasn't able to get close to any flowing lava, though.)
0
December 21, 2014
Vegetables are love. Vegetables are life. There are seriously few things better in the world than freshly cooked vegetables.Unless butter gets put on them. Then they can go die in a fire.
0
November 12, 2014
I'm not apt to believe in anything that says that the same thing will happen to the same 1/12th of the total human population on any given day.
0
August 21, 2014
There's the "go outside and talk to random people" app already installed in our brains. It's a pretty unpopular app, though, for some reason.
0
August 21, 2014
1st Style.
Substream.
2nd Style.
3rd Style.
4th Style.
5th Style.
6th Style.
7th Style.
8th Style.
9th Style.
10th Style, IIDX Red, Happy Sky, DistorteD...IIDX GOOOOOOOOOOOLDhttps://www.youtube.com/watch?v=bybkLlNbaaw 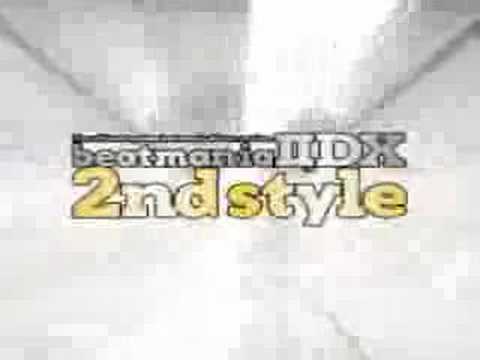 0
August 19, 2014
Of course, I'm going to talk about anime as a work of art, but let's go a bit deeper here, especially since this will be Tweet #1,000 for me.I recently included a new rating system called the Raw Score, which is how good I think a show is factoring out most of my genre biases and personal preferences. I have updated my MAL scores to reflect these Raw Scores (including my old, personal scores as tags).Of note, under this new system, I have a mere seven shows that scored the "masterpiece" 10/10 score. These seven shows are *not* my seven favorite shows of all time; they are simply the seven shows that I believe are truly artistic masterpieces, featuring an overall incredibly well-crafted show that can appeal to many people, even non-anime fans. These seven shows are:Anohana: The Flower We Saw That Day (a.k.a. Ano Hi Mita Hana no Namae wo Bokutachi wa Mada Shiranai.) - a tale about friendship and loss featuring the best overall cast of characters in anime
Bunny Drop (a.k.a. Usagi Drop) - a beautiful tribute to parenthood and family (anime only!)
Clannad After Story (includes the first Clannad season) - it's not just a love story; it's a life story
Haibane Renmei - a tale of discovery in a mysterious world with many poignant themes
Nichijou (a.k.a. My Ordinary Life) - the art of comedy, perfected
Silver Spoon - a story of personal growth combined with a very immersive look at farm life and the many aspects thereof...and the absolute best anime of all time, and my favorite work of art...Aria the Animation/Natural/Origination - There is so much to this series that I could easily go over the character limit just talking about this show. I'll probably talk more about it on my blog at some point.I'd go more into all of these shows but these responses have character limits, so I'll stop here. Anyway, here's to 1,000 tweets and counting!