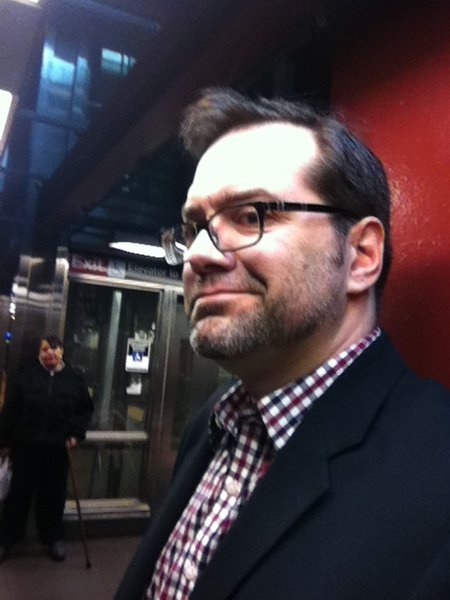 May 24, 2015
I think I'd only want to know the specifics of the conversation if I had a need to know — if it was likely that not knowing was going to come back and cause trouble for me in some way. The general question — if I'd want to know that SOMEBODY thought these bad things about me — is a little tougher. I'm a public enough person at this point in my life that I get to hear folks' negative opinions about me pretty frequently, one way or another, and what's most surprising about that experience to me is how little use I get out of most of those opinions. If I'm doing something wrong, I want to know it. If I'm hurting someone maliciously or casually, I want to know it. If I'm offending people I don't mean to offend or expressing myself in a counter-productive way, my gut sense is that I want to know it. But nine times out of ten when I read or see some negative comment someone's made about me — even stuff that rises above the level of generic abuse, stuff that's got some specific content to it — it's of no use to me. Sometimes it's because I think the criticism is off the mark, sometimes it's just a matter of not being able to be everything to all people, sometimes it's stuff I'm already aware of and working on but haven't yet managed to fix.And that stuff can clog me up. It can dull my instincts. A couple of days ago I happened to stumble across a months-old comment thread on a blog I didn't read on which a bunch of people I don't know were saying very positive things about my writing — specifically about pieces I'd gotten a lot of crap for. The folks in that thread had taken away useful stuff from what I'd written, and that utility for me far outweighed the crap. But for whatever reason, I'm usually more likely to see the crap, and too much of that stuff can tighten up my muscles and make me not write or not write with the kind of energy I want to be putting out.So I guess the short answer is that if Person B thought that Person A was getting me wrong in a way that was widespread and fixable, I'd want to know that. If not, nah. I'm set.

1
May 23, 2015
http://studentactivism.net/2015/04/20/lets-have-a-conversation-whats-the-point/
0
April 03, 2015
Answered here:http://studentactivism.net/2015/04/03/lets-have-a-conversation-duggars-and-muslims/
0
April 03, 2015
Not sure if this is a random/automated question or one from an actual person, but what the hell.If I had some sort of Hollywood-type disease that would shorten my life predictably but not incapacitate me, my first priority for using that time would be my kids. Probably I'd travel with them as much as I could, since traveling with my kids is pretty much my favorite thing. I'd give a lot of thought to what else to do in terms of those relationships, but I suspect buying us plane tickets somewhere would be one of my first steps.Beyond that? I don't know. In terms of professional accomplishments, I think I'd do a lot of writing. I love archival research, and haven't done a huge amount of it recently, so I suspect I'd kick that into gear. There are three or four writing projects I'm hoping/intending to knock out in the next few years, and each of them would be something I'd like to leave behind if my time for writing wound up being shorter than I expect.Honestly, unless the diagnosis came with a huge check attached, I'm not so sure how much would change.