Sydney
13 days ago
Well your not wrong about him wanting to see me! I have realized in maybe the past month things are becoming more clear to me on how he sees me and it’s pretty nice! Mo
15 days ago
So funny question but I would like this tbh ....I did went as a girl before wearing wag and fake boobs lol
But what does that have to do with, well, being a woman for a day?It is while taking walks, through towns, gardens, to classes, to work, and so on and so forth, that I have most often learned the most about myself and others. I’ve had some of my greatest realizations and some of my best moments while simply taking a walk.Walking as a woman would allow me to learn a lot. I’d wear a casual and usual outfit, nothing particularly stylish or noticeable, and a good pair of shoes. I’d feel first hand how a woman’s body handles differently from a man’s. I would see first hand how different my interactions with people along the way may be - for the better or worse. I could find what I notice and why - have my preferences changed any in response to my biological sex? Do I notice the flowers more for example? - but wait, are women inherently more loving of things thought of as “womanly” or is this simply a societal expectation? Would I notice that hot guy going down the street - is sexuality really so tied to biological sex, or would I still find women attractive? Such questions could be forever answered for me. As I walk and self reflect, thinking intensely about the entire experience, I would be able to have first hand knowledge of what the process of thought is like for a woman . Is it different at all? Would my mind operate slightly differently, my thoughts coming, arranging, and prioritizing in a different manner? Would I even be me? What would my self esteem be like (assuming I’m still rather fit and relatively average looking), would I feel different about myself or other people and their opinions of me?

Satans Supreme
16 days ago
Lowkey I'm not a fan of big boobs lol, but I still love boobs- if that makes sense lmao. That's classified, if you know- you know hehe

Lucas
23 days ago
What it comes down to is I'm feeding my kid. You don't want screaming baby on a plane? Well, I'm gonna breastfeed him. It's always at the right temp, on tap, actually formulated for my child due to the awesomeness that is the human body. I would feed them in public. I had some stares, and one old lady tut-tutted me. I didn't give a crap. Also, I'm not sitting there with my tits out. I would be covered, normally used a tank top under a button down. But my kids were distractable, and a cover wouldn't work. Yep, sometimes they would pop off, and I'd be sitting there dripping. But really, it's no damn big deal. That being said, breast feeding is a very good, if not the example of practicality surpassing morality here. Baby needs to eat, mother needs to feed, and you can't expect someone to stay at home simply because someone might get offended at some sideboob. I can understand mothers not wanting to do it in public for the stares or attention. But if the mothers are willing to, there's no reason to tell them to not do it. When I have children, I will try to avoid breastfeeding in public places, but I'm sure sometimes it's unavoidable, so for those times, I'd prefer to use a cover or baby blanket. And that's only because I don't feel comfortable exposing my boobs in public.
Honestly, as a woman, I probably would too. I prefer not to show off any more of my body than necessary, including wearing shorts, low cut tops, etc. But I also do not think it is my right to insist that anyone else follow my example. So if a woman is comfortable with her body, I don't care if she feeds her baby out in the open and I don't think there is anything innately wrong with it.
Very indifferent about breastfeeding in public. I saw it a few times when I was much younger so it doesn't phase me. Babies gotta eat and breastmilk is free to boot. I should mention that all of the instances I saw involved using a blanket to cover up the mother and child. Anyway, what gets me is how people act like breastfeeding is so WEIRD. I'm not talking about the people who are against public feeding. It's like a whole portion of the population forgot that breasts primary function is feeding infants, not just titillation.
I don't have much of an issue with it in public. I do believe there should be exceptions where a woman shouldn't be feeding her baby in say, a restaurant at their table. You can tell people to look away, but it's something that unfortunately draws attention and isn't necessary for a place where people are trying to eat at a diner, fancy or non-fancy. Go to the bathrooms for that, I say. Most bathrooms I've seen have accessories that help you feed or take care of your children, anyways.

Satans Supreme
about 1 month ago
But I'm fat tho LMAO https://ask.fm/syd13kidxo/answers/166022482577?utm_source=copy_link&utm_medium=android

Reachel♥️
about 1 month ago
No, no I don't lmao. Nice projecting though. The obsession is weird at this point. I'd be creeped out

❥Mulatto
about 1 month ago
well i’m 26. with my own place, my own car , my own bills , my husband makes a lot of good money . i rather not want to live with my parents and have them do everything for me at 26. but again if thats her life then ok 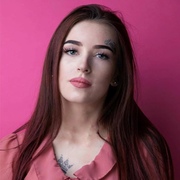 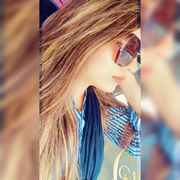 SAAD.
2 months ago
Free xbox 360 games no scam
Club penguin hacks
Naked woman
What do boobs look like
Naked body wikipedia
Is it illegal to look for naked people online?
How to delete search historySome of it might be true. Or maybe all of its true. You never know.

Sydney
2 months ago
She did and even though I was very uncomfortable that night it was going to be her birthday so I let it slide. And then she told her mom, my birthday was amazing I got to sleep on tits. Now I understand why people say they are comfortable!

Lucas
4 months ago
I wanna be the kind of mum & grandma who is fun and open with their family. My children and grandchildren will know that they can come to me with anything, and they’ll face no judgement. I will guide them down the right paths in life using my past experiences, but I want them to make their own decisions. My house will always have good food, my door will always be open, and for me personally... my hair will probably always be pink LOL.
My wife's 80+ year old grandpa had to have one of his sons come over and fix his computer at least once a month because of a virus he'd pick up from internet porn. The morning after he died in bed of a massive heart attack, his wife was sitting in the hospital and told her daughter "you know, I should have known something was wrong with your dad last night. Before we went to bed, he didn't try to feel my boobs or fool around or anything." I want to be THAT kind of old person. If I am over 80 years old, and my wife of 60 years knows I am not feeling well because I didn't try to feel her boobs or have sex before going to bed, I will have lived my life well...
I wanna be that one grandfather who can still make his kids cringe with dad jokes and his grandkids think he’s the coolest old man in the world because he does the dumbest shit to mess with people. Basically, I wanna be a total mad lad that people love but still respect.
Probably a laid back hippy attitude. The older I get the less judgemental I'm becoming. I'm content to just know stuff myself and realize everyone has to learn life from where they are. If I have a few plants, a little sunshine, good cheese and bourbon, and music, I'm good to go.
The recluse who spends her days standing by the window spying on the neighbours. I'll always know all of the local gossip and what all of my neighbours are up to, and I'll silently judge and complain about them while being nice to their face. I'll also have 2 dogs and fart as loud as I want even when other people are around. 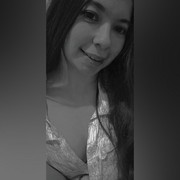 ❥Mulatto
4 months ago
who tf cares .only person who should care is their husbands if it’s a problem

Sydney
5 months ago
She was like no don’t go. Plus it was her birthday. So she was like now I understand why boobs are comfortable, and she didn’t want me to move 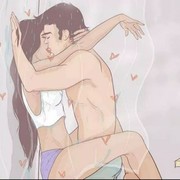 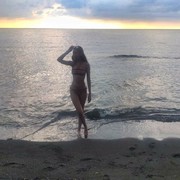 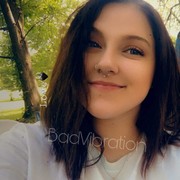 Elyssa
5 months ago
I grab my own boobs sometimes lmao. Sometimes i'm genuinely just pulling my bralette up bc it's gotten small on me but other times there's no reason I just do lmao. I don't think this really counts as weird but if i'm alone i'll play with my lighter sometimes. Just flick it on and then off then on and off or put my hand really close to the flame. Usually while i'm thinking lol

zaynab
5 months ago
Aight cool but why u telling me? 🥴