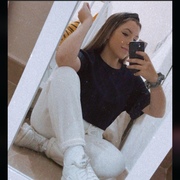 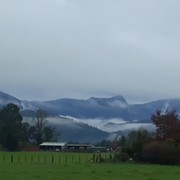 Satans Supreme
about 22 hours ago
Over 6 :)
I don't like them much in general but I respect their relationship. Though Erin hasn't respected mine at times. Surprised Maggie didn't get on her bout that

K͕͓͌̎̾ỉ͔͖̜͌w̦̺̐̐͟ỉ͔͖̜͌
yesterday
I think my tops would be fantasy, historical fiction, general fiction (where it’s more present day), or thriller. I guess the setting would depend on which one I went with. Fantasy, I could see a mix of some blend of post apocalyptic and overgrown cities and forests. Or underground communities. Tucked away high society. Historical fiction, I love ancient Egypt, the art era of Italy and France. Those types. Modern/general fiction is just pretty much the here and now. Thrillers could also pretty much be any variety of things Farwa Abbas
yesterday
Yeahh..
I have 0 attitude. Oh sorry -2. Literally. But unless untill you talk logically and no bullshit. The moment I sense crap.. I explode 🦀😠

ʟᴀᴅʏ ᴇʟᴏQᴜᴇɴᴛ
yesterday
✦ ───────────── ✦
. συт σf ρσтαтσ qυєєи
✦ ───────────── ✦I played it quite a few times.
I'm pretty okay/good at it, don't know why but I don't need many tries when I play Mini Golf.

Joanna
2 days ago
Not usually. I used to have a bad habit of eating very little during the day and then snacking a bunch during the night. These days I try to avoid eating late in the day in general, the only times that I tend to snack at night is if I've had a busy day and accidentally skipped a meal or something... Yes and it's good fun. Especially Junk Yard Golf. It's inside and has music and alcohol and is a lot of fun! 😂
3
10
Forward the question

K͕͓͌̎̾ỉ͔͖̜͌w̦̺̐̐͟ỉ͔͖̜͌
2 days ago
Not really, I feel more bad for owning them like “why do I have this? It’s just taking up space” 😬😂

S. T.
2 days ago
Oh no 😂Sounds like me. I feel bad for the food I leave on the plate because I'm full and I just have to stuff it in, because.. I felt bad 🥲But honestly, it's a living hell.I bought two stuffed animals because they sat there being sad on the shelf, no one wanted to buy them. Like why? 😂Also, whenever I pick a plant, I stick to the first one I chose, because it's a living thing, probably thinking it'll go to a happy home and then it gets put down. What is wrong with me 😂😭 Lady Boometh
2 days ago
I have this problem where I just buy clothes cause I just HAVE to have it 😂 I have a lot of clothes that still have tags on them because ive never worn them - I just like looking at them. Same goes for my shoes. 😂

OK, so just Larry
2 days ago
I feel bad when I see in my wardrobe so many beautiful skirts and dresses but I dont wear them because sitting with knees together or with crossed legs is very uncomfortable for me 😅 ..... so I love trousers and comfortable sitting in them 😂😃 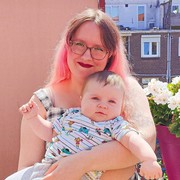 Abdullah
2 days ago
I think the concept of staring at someone in general is pretty messed up. Just mind your own business and don’t make others uncomfortable.

Tal
2 days ago
I did years ago and loved it. I actually had my 15th birthday party with my family at the mini golf course here. Lucas
2 days ago
It was fun as a child...as an adult depends on who you're with and how competitive it gets. It's fun to play.
Here it's called miniature golf. And when I was much younger I was very good at it. Yet I was always good at golf putting. No so good at driving at the golf range. So I was never a good golfer!
Golfs fun even when we suck. Something about being out just enjoying playing that makes it so great. First time I went out to play, we sat on first tee with a long line behind us on Saturday morning thinking golf wouldn’t be hard and you can imagine how embarrassing that was haha.
It can say any number of things, that's up to you and her to determine. For one person the former may say that they have to be competitive in everything, even an activity that is meant for fun. For another it might say that they find fun in the competitiveness. For some the latter might mean they are incapable of being serious about anything, for others it might mean they don't care about "keeping score". Different strokes (sorry for the pun) for different folks.
Either way is acceptable. It depends on how busy the place is. If nobody is waiting for you, your way is perfectly viable provided you have enough alcohol. Otherwise, her way is pretty much superior regardless.
My now wife's dad has played golf with me as sort of a "bonding" thing early on in our relationship as gf/bf. He asked if I wanted to play a round with him and a couple of his buddies since he heard that I like to play golf too and they had an open slot in the foursome. I said sure, sounds like fun, so we set everything up and met at the course the following weekend. (Side note: I met my wife when we were in college, and I was on the university's golf team, playing 3-4 times a week. She failed to mention this to her dad.)
We met at the course and I was introduced to his two friends, really good guys I still see every now and again. None of them were there to light the world on fire, but had fun and drank/smoked cigars all throughout the round. From the first hole on, I think they knew I was a ringer. Tee shot piped right down the center, leaving a short pitch shot to the pin. I hit the pin on the fly on my second shot, and bounced back to about 12 feet. Sank the birdie putt and all of them were just looking at me completely dumbfounded. Her dad asked me how long I've played for and I said since I was really young and that I play for the school as well. He said that my gf forgot to mention that and had pretty low expectations before the round. I went and shot 3 under that day. He shot somewhere in the low 100's. It was the ultimate power move. Same thing when I played with the big bosses a few years back. Putting has always been a sore spot, so I spent the week practicing to avoid three putts. Saturday morning we meet at the course, and I’ve realized I forgot my putter at home. I end up using my PW to putt with and shoot three over, beating the big bosses by a mile. Shannon Boltjes
2 days ago
yes i have, funny story: i swung the golf club so hard i fell on one of the steel walls and almost broke my shinbone.... well... its safe to say im not very good at minigolf. It was fun nevertheless 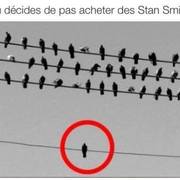 K͕͓͌̎̾ỉ͔͖̜͌w̦̺̐̐͟ỉ͔͖̜͌
3 days ago
Yes! We go quite a few times every summer and it’s so much fun. I love it.
I’m usually either doing the best or the worst with no inbetween 😂 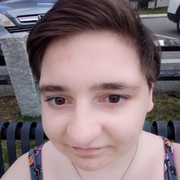 Kyle Johnson
3 days ago
Back when I was a child, I wasn’t too bad at it, I want to go mini golfing again at some point, mini golfing is a good idea for a date