•Enigmatic Celestial•
3 days ago
something of her liking or if i were to choose for my better half(when I'm married, lol), then maybe a real nice necklace or an anklet of gold

serena.
4 days ago
❝ If gold is your favorite color, you radiate charisma, personality and individuality, making others feel relaxed and valued in your company. You have a sophisticated approach to life with high ideals and standards - you know exactly what is right and what is wrong and endeavour to follow the right. Anyone with a personality color gold loves luxury and the best quality in everything - luckily you tend to be very successful, seeking and acquiring material wealth throughout your lifetime.❞ Sounds about right. 🥂 Matthías Søndberg
6 days ago
She got hair like gold and eyes like the summer
Danced all night to Carlos Santana
Stole my heart, a dream like no other
High, so high, so high, yeah

Rameen
8 days ago
Nobody stays when you have no money, it is a necessity, so stop calling girls gold diggers cause y'all equally want it.

K͕͓͌̎̾ỉ͔͖̜͌w̦̺̐̐͟ỉ͔͖̜͌
9 days ago
My mom.
She has always given me unconditional love, even when I couldn’t love myself. She has a heart of gold and is always there to help and support me. She is one of the people closest to me in the world and is my best friend and while I know one day I won’t have her here with my anymore, the thought of her being gone is enough to make me immediately break down.

Remsha
11 days ago
Only if someone who have read the webtoon "my deepest secret" and know about YOHAN in it, can understand what type of guy every girl deserves. He's just phenomenal. Like I Want believe in love again just because of him. What a man he is. He accepted a girl with multiple personality disorder. He loved her even when she tried to kill him assault him. Even after knowing her mental condition and the biggest traumas she have went through and all the people she have hurt unintentionally just to save herself. He was a law student and he said "hell with justice" just to save her. Like I am speechless. He respected her, take care of her every single time. He's so intelligent, handsome, understanding and kind. So kind and a man with heart of gold. He risked his own life for her, left everything just to keep her safe. He does efforts to know the truth about her life and like such massive truths noone can handle but he supported her and loved her. I have no words 😭😭🌸🌸 I pray every girl gets a man like yohan. 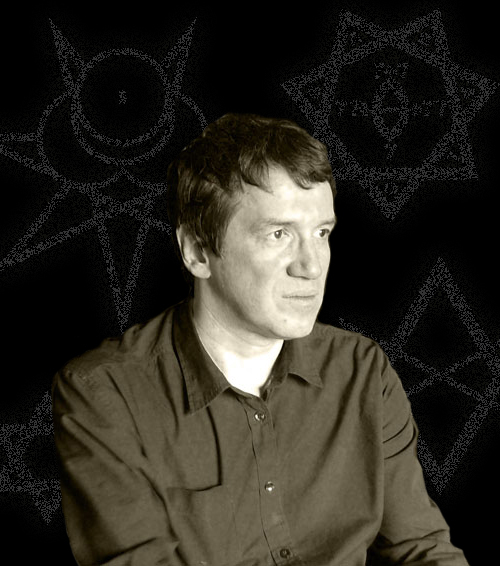 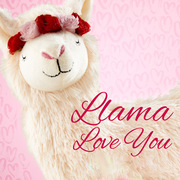 LlamaLlovesYou
14 days ago
I dressed up as a Dalai Lama Golf Pro. I made the red and gold robes. I shaved my head bald. I made up little business cards with Zen Koans to empty your mind before you swing your club. I wore my golf shoes - spikes removed. I carried around my 1-iron which only God, the Dalia Lama, and Jack Nicholas can hit. It went over really well and I won the best costume prize wherever I went.

Shehryar
14 days ago
It's very rare that fake people admit their mistakes and then try to change themselves. That's why you must learn who is gold and who is simply gold-plated.

Aliya.
14 days ago
Gold digger and users can change. Manipulators are manipulators for life lol. Even you don’t understand where they went wrong so could they? Lucas
15 days ago
Fate plays an important role in life. Well, fate is something you cannot rely on. But, it can give you a sense of hopefulness and positivity. You never know which day might turn out lucky for you. One big factor related to fate is that people think they will get stuff if it is in their fate or if they’re lucky enough. Let me give an example of how fate works. Just imagine there is a pool full of gold coins. Well, the catch here is that out of 1000 coins that are in the pool, only 15 are of real gold. Now, all you need to do is keep diving into the pool until you find those real gold coins. This is how opportunities work, sometimes you get them so early that you actually don’t know their worth. But, if you have taken enough dives and felt enough fake gold coins, you will automatically know when that real gold will be in your hands. One thing to learn here could be that you should try hard and give your best in every opportunity you get because some people also get that real gold in the first dive. Yes, the chances are always there. This develops two kinds of people. First ones are those who get their real gold coin very early in their initial dives and they are the ones who say “If it’s meant to be, it will be”. Then there are others who have to take several dives to find those real coins. They are the ones who say “If you want it, go get it”. It depends but mostly because once I was in a shop and I was at the till with my mother. I wanted a candy bar and so as a sort of punishment my mother let the person behind us go in front. Once we had left the store there was a huge crowd gathered in the parking lot. The lady my mother had let in front had gotten struck by a car so it really depends most of the time yes because I’m that situation what if I didn’t want the candy bar? What if my mother didn’t let the lady in front of us? Then again fate doesn’t always seem to show itself to me in a way if you know what I mean so yeah it depends.
I believe that many things are fated, but some things aren't. All of the big things that happen in our lives, like meeting someone or a big event happening, or even just something that has a large effect on you in some way, is down to fate. However, smaller things, such as things that don't affect you in a big way, are down to chance, like whether you made that stoplight or if the fast food you went to is out of the thing you want. That kind of thing is chance in my opinion.
My personal belief is that something, be it god, nature, energy, destiny, whatever you want to call it, something gives you every single chance you need in life to be happy and successful, but it’s up to us to recognize those opportunities and take full advantage of them. I’ve just had way too many instances where doors opened up right when I needed them to for me to believe that it was random. 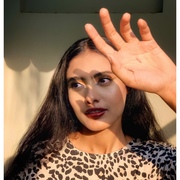 اقصٰی
21 days ago
Happiness toh kia people are bought today with money. Nobody gives a shit about your nature, your thoughts, your aims, your goals nothingggg !! In the end you still are blamed as a gold digger.
So bro take money seriously. If it wont buy you happiness it wont either wake up one day and decide to leave you just bcoz it is fed up.

Lucas
22 days ago
Well humanity is showing a lot of signs it is steering towards ww3 or at least anotger large scale conflict. Mathemathic models show that a large scale war is expected by 2023-ish and i fear we wont recover this time. Or at least not in the way we know off. Great societies collapse all the time, the romans, egyptians and more. Peace is always followed by a period of (civil) unrest and is then followed by war. Now usually war brought upon us new oppertunities and advancement (cars, computers, planes, and more) but i fear this time it will not. It's inevitable and sudden unexpected end. Anything can happen, and anything can be what comes next. And, honestly, the most likely thing is that nothing comes next and when we die we just stop and god isn't that just spooky.
That you can die so easy. If you just get unlucky enough, you could get hit by a car tomorrow. It somehow scares me, that everything you've done and wanted to do can be gone in a few seconds just because you've been in the wrong place at the wrong time.
Tried to overdose on sleeping pills. After I don't know how long, I changed my mind and decided to try and throw them up. Between the pills and vodka, I couldn't move. Couldn't even roll over. Started getting nauseous and tried not to vomit lest I end up like the lead singer of a classic rock band. Laid there in complete terror and remorse. Next thing I know, I wake up.
I was robbed at gun point at 3AM in a secluded area walking home from work when I was 17. And the guy was like "I am not afraid to shoot you, you will be lucky if you are still alive" then after taking my wallet he said "turn around and walk across the street, don't look back, I'll decide if you die tonight" I walked across the street in a terrifying panic and walked around the corner of a building and never saw him again.
I was picking up some clothes while doing laundry and I spot these massive furry legs crawl under a shirt. I knew it was a spider, but I didn't know it was the biggest damn spider in my neighborhood. I beat the shit out of it with a broom, so much so that the broom broke....all for a damn spider.
When my mother's friend called using my mother's phone, saying that they and our dog were attacked by pitbulls and that my mother and my dog were going to be home soon. They had to call another few friends that lived close to where they were to take them home, but the blood and the dirt and... it was bad. We weren't in a country where there was anything like good medical care either. That was a bad day in my life.
Ate a large mushroom cap this summer and went with a couple friends to search for gold by the river, passed out next a dam at like 1am on the side of a river. I woke back up to lights coming on and loud noises from the generators. Got scared shitless an still had to walk across 2 rivers about 2 feet deep. 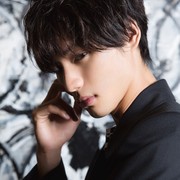 Raza Arshad
24 days ago
Yup! I don't know why people hate children just to pretend they're KEWL, no it's not cool. These tiny humans deserve love and care. You can either make them stable and gold hearted or you can make em traumatized. 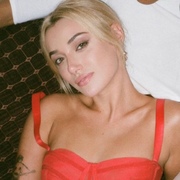 Sillah-e-Momin
25 days ago
1- Every Paki guy wants a girl who’s family oriented, he only cares about his parents and doesn’t give a damn to girls parents and want his girl to obey his parents, sisters and brothers, I cannot do this because I am not the one family oriented girl jisko sab ko khush rakhna hai, me us ek ko sambhal lu boht hai.
2- You think girls are gold digger here but I’ve seen almost every guy who wants a rich girl and wants an independent girl, why? Because filth. (sick mentality)
3- I don’t know cooking but I am a quick learner and I’ll learn it I know, but I couldn’t manage hundreds of guests and make them food so I am sorry.
4- We can’t match our vibes.
5- He always talk about four marriages just to tease his girl and I hate it. So NO.
6- If a Paki guy becomes rich mistakenly, to uska gharur he nai neeche bethta lol. Doofus!
7- They’re not romantic, they’re just SEXUAL.
8- I’ll either marry an overseas or a gora. ✌🏻🤲🏻