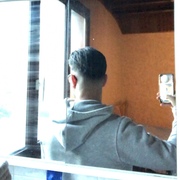 Shakira Sison
over 1 year ago
One day you will have to decide the course of your life and follow your plans even if your parents oppose it. For example at this age you love loud music, or you want to smoke a cigarette, date an older person, or have a drink or try edibles, you probably would do it without your parents' permission even if they think it's bad for you. Because you're a mature adult capable of your own decisions. Perhaps you don't really feel strongly about the things you want because if you did, you wouldn't be stopped. Also consider that you might not be showing your parents enough maturity for them to trust that you'll be able to take care of yourself. For example, you haven't shown financial independence and still use their household staff, car, and are not paying the bills at home. You're not asserting yourself as an adult either. Moving out is no joke and there's no turning back. You need to have a backup plan in case you lose your job, without running back home. Anyway if you're really ready and have made up your mind, you don't ask permission from your parents to move out. You simply inform them. Arrange the logistics (choose a place, pay for it, arrange movers, etc) without their help and set a moving date. Then let them know you're moving out. They may be shocked and try to dissuade you but just like if you informed them you're marrying a 50-year-old guy, you have made up your mind and they really cannot stop you. Unless you let them. Then that stops being their fault if you let them run your life. 🤷‍♀️ Shakira Sison
over 1 year ago
I didn't do the right thing when I was younger and had to end relationships. If I could do it over I would simply be honest in wanting to leave. I would be clear and firm and proceed to the logistics and then just deal with the aftermath. But you don't know these things when you're young and one of those relationships was an abusive one so I had to do what was necessary. Just say you want to end the relationship. People will have opinions whether or not you leave. Good luck. Nuriza Ahamad Thamizi
over 1 year ago
I see! That's great! Well, I'm not working. I'm just helping my family with house chores and babysitting. That's all! 😊

8
0
Forward the question
+2 answers in: “anybody still awake now?” everybody hates mia
over 1 year ago
wholesale companies are usually not set up to pay sales taxes. plus bypassing their channel partners, by selling products directly to the end-user might damage interpersonal relations between them and their customer base. if coca cola, for example, starts selling their shit to anyone at wholesale price they would be cutting out walmarts/costcos/etc who are constantly buying from them. and you're too petty to bother with. the margins on small stuff are extremely thin, so you only make money if you sell a ton of it. they might only make pennies for every case of colas they sell, but they're selling a lot of them at once to retailers. to sell them individually, once you account for the costs of having 1-2 employees to deal with you, the opportunity cost of they could have been doing some other work but instead they're serving you, the merchant fee from your credit/debit card and every other cost, they'd probably be taking a loss if they accepted every small order that came in. if you want wholesale prices, you need to be prepared to order at wholesale volume. moreover, as an individual, you would need to have a business license to qualify for a retail discount. isn't capitalism just great?

everybody hates mia
over 1 year ago
i study strategic and tactical supply chain planning and since it is the only area of scm in which companies intend to increase headcount, i have nothing to worry about. not for the next 5 years, at least. professionals employed in sectors such as transport and logistics administration, and customs and shipping processing functions, on the other hand, will suffer a lot Qurat ul Ain
over 1 year ago
First of all, learn how to talk to someone..
Secondly, learn how to type...
And if you don't know how to speak in english, urdu me bat krlen...
Ab aisa hay keh mjhe apki bat smjh ni ai, iski salees krden, phir jawab deti hon :) Demetria L. Lucas
over 1 year ago
Tell him just enough to give him the gist and not cross the confidentiality line. awsten knight
over 1 year ago
Nerding is fun sometimes. I wrote it all in the wash room at a truckers lounge in Wyoming with my acoustic guitar and laid it down as a voice memo in my phone. Then yeah, I laid down the guitar/some production in the bus that night on my laptop and the vocals the next day before the show (wanted to wait until people were out for that one) and finished up the production. It was pretty quick, I wanted it to be bare. You can actually hear the rumbling from our generator if you listen close ? programming was all midi in FL Studio and the snaps were me, I layered up a bunch of those. 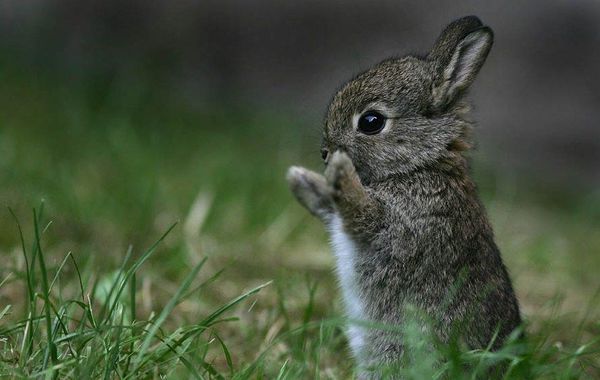 Witty Rabbit
over 1 year ago
No, not at all. If they're allowed to do this with people applying for visas, pretty soon they're going to start requiring it of much larger portions of the population. They might even make everyone do it if they can figure out the logistics of that.No offence to my US followers, but many of the people in power in that country have incredibly hateful ideas about race, gender, sexual orientation, and religion. I wouldn't put it past them to start flat-out denying people entry if they were Muslim, LGBTQ, or part of other minority groups. It could even be used to sort those people out of the general population no matter how hard they try to hide or how innocent they are. It might start with the idea of "fighting" terrorists, but it will end with all kinds of horrible human rights violations. I hope they will be smart enough to avoid going down this road. That country has already become a scary place to visit. This would only make it ten times worse. Val
over 1 year ago
Ohhh okay.
I've tried to do that on my account, but it won't recognise them as my orders.
I think that option is only on your account.
I feel so bad because I know the money has already gone from your account, I'm sorry. 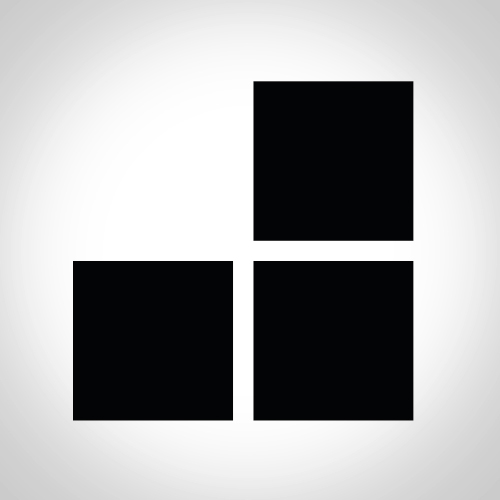 ALICE IN DISSONANCE
over 1 year ago
Alrighty, let's clear up some of the misunderstandings that's going on here. First of all, it's not a "remastered" version, it's a complete remake in a different engine for the PlayStation Store. This build will be exclusive to the PS Store for set amount of time (there's very little we can do about this). After the exclusivity ends It /will/ eventually hit Steam but it won't be free because in all fairness, aside from the story, it's a completely new game. When it does come to Steam, it will probably be DLC to the original game as "The PlayStation Version" and if we do this, it certainly will not be at full price but I'm also quite sure it won't be for free because we spent hundreds of man hours making it. We're also conversing about the method of release over at our Discord server in how this release should go about, and some have suggested, like yourself, an upgrade option that will replace the current version on Steam. This might be interesting too once we figure out the logistics of it.All this being said, one of this is set in stone yet so don't quite feel "betrayed" yet. Hope this clears things up a bit. Xx
over 1 year ago
I'm sorry. I'm not a student of logistics and transportation. So, yeah!

jduet
over 1 year ago
yes!! some day, unfortunately I just don't have time to handle all the logistics of an online store right now... 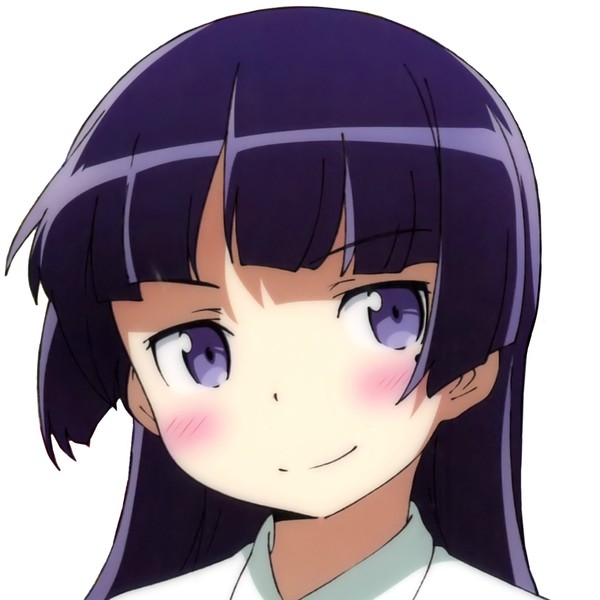 Al Park
over 1 year ago
It is. I think one of the methods was using DT'd Royal Release on them but I'm not wholly sure on what the logistics behind this are. You should ask DelusionaryKiller or someone more proficient in DMC instead. Queer Sewer Creature®
over 1 year ago
....ok but why are you focusing on men and women in the first place and why are you so interested in the logistics of violence Grackles Know Your Real Name
over 1 year ago
Because there are a lot of imbeciles in this country. Think about this: our President-elect is a guy who got his throat ripped out live in three consecutive debates where he clearly demonstrated he had absolutely no f*cking idea what he was talking about. He bragged about sexually assaulting women, and then said his accusers were “too ugly” to sexually assault. He encouraged people the check out an alleged sex tape of a beauty queen who he previously humiliated by bizarrely making her work out in front of reporters. He lied about Muslims cheering on 9/11. He said, and I f*cking quote, “I know more about ISIS than the generals do.” He bragged about his dick during the GOP primary debates. He’s routinely swindled people that work for him out of money and is being sued for one of his fraudulent business ventures. He has questioned Obama’s citizenship for years, retweets white nationalists, and is a favorite candidate of those white nationalists.He has no policy. He can’t explain how he’s going to build a wall and make Mexico pay for it. He doesn’t care that non-partisan reviews conclude that his tax plan would balloon the national debt by over $20 trillion in two decades. He boasted about “repealing and replacing Obamacare” and can’t explain with what, how, and what the 15 million people who currently have insurance and didn't before are going to do as a result. He casually says that we’re just going to “take the oil” in Iraqi areas controlled by ISIS to fund a campaign against them, ignoring both the absurdity of the logistics of doing so, the repugnant morality of the theft of resources from a sovereign state and the devastating effects that would have on its people. He says he’s going to magically renegotiate trade deals, which a President on his own cannot do. He can’t explain how he’s going to bring back manufacturing jobs. He just makes promises to a bunch of bitter, hateful and angry people that he’s going to make their miserable lives better, without ever telling them how.Let me tell you how bad of a choice I think Trump was for President. If my two choices for President were Donald Trump, and Citizen to be Selected at Random, I’d choose the latter without a moment’s hesitation, understanding very well how horribly that could go. This is because I think the average person would be so awed and afraid of the responsibility of the office of the Presidency, that they would do everything they could to surround themselves with the most competent, intelligent and experienced people in the country. They would be entirely understanding of their limitations, and as such, take expert advice. They would see the entire venture as something other than exercise in inflating their own ego.And yet, he still won. People walked into the voting booth, and decided that a proudly racist, sexist, xenophobic bigot with absolutely no political experience should be our President. How does one even begin to process that?