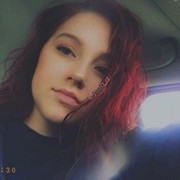 Elyssa
December 08, 2020
Didn't get me anywhere, it never does. Like I literally came right out & said I would stay down here for Christmas if they were going to pull the shxt they pulled on Thanksgiving and even then they still didn't give a shxt. Like it ruined Thanksgiving for me, I don't wanna spend my Christmas hiding in my van crying like I did on Thanksgiving I wanna be at least somewhat happy for at least a few gd minutes of my life. But just watch, if I don't show up i'll be the one in the wrong and it'll start all this bs on how horrible and rude and shxtty I am, despite my very valid reasoning. Fxckin betttt. I am lucky I got y'all, I absolutely love y'all and appreciate tf outta y'all mfs🤍🤍
3
0
Liked by: Ho Ho✨
+2 answers in: “Do you have any regrets regarding this year?” 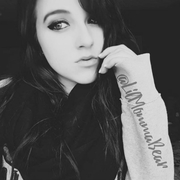 Hot Girl Bummer
September 06, 2019
It breaks my heart. It really does. She's the sweetest little girl, she's so loving and helpful and I can honestly say I got so lucky that she's turned out to have such a pure and loving personality bc she's genuinely amazing. She's the most amazing little helper with my other kids and they're sitting there picking apart her appearance and her intelligence (which they know nothing about) and like ffs she's only seven. If they wanna hate on me for no reason then whatever, but hating on a seven year old is beyond fucked up.
3
0
Liked by: nikki ☻
+4 answers in: “Why the new acc” 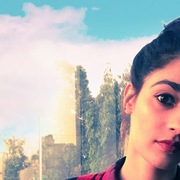 The Girl In Black⚠️☠
March 18, 2018
Now see, you're shifting from the discussion of Misanthropy and Philosophy to religion and Allah. I distrust humans and dislike characteristics they hold, obviously with exceptions. I'm not saying I have the right to judge someone but I have the right to how I feel or act towards them. I have the right mind to hate someone if they have given me reason enough to.
4
0
Liked by: Mian Azan Aslam. Roshaan Bin Aamir HUSNAIN
+10 answers in: “Misanthrope? Really? I think that's just being pompous: "Hey looky here, I know this one word for which you have to look into the dictionary to know its meaning!" ._.”

The Girl In Black⚠️☠
March 18, 2018
I really want to give an eye roll at you for this. Religion itself is a different aspect, it's our way of life and a guideline of principles. Granted hate is not promoted or encouraged it is still a part of being human. I'll love those humans who prove to be worth it. Not every passing fool.
You can go loving everyone for all I care. That's your choice, which I personally do not favor but alas, do what you must. I'll love those who have, in my eyes, earned it.
And look it up, Misanthropy is the hate, dislike, distrust OR contempt of human nature. It isn't just hating humans as you have so simply put.
4
0
Liked by: Mian Azan Aslam. Roshaan Bin Aamir Ammar Ghumman
+10 answers in: “Misanthrope? Really? I think that's just being pompous: "Hey looky here, I know this one word for which you have to look into the dictionary to know its meaning!" ._.” 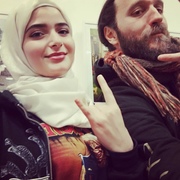 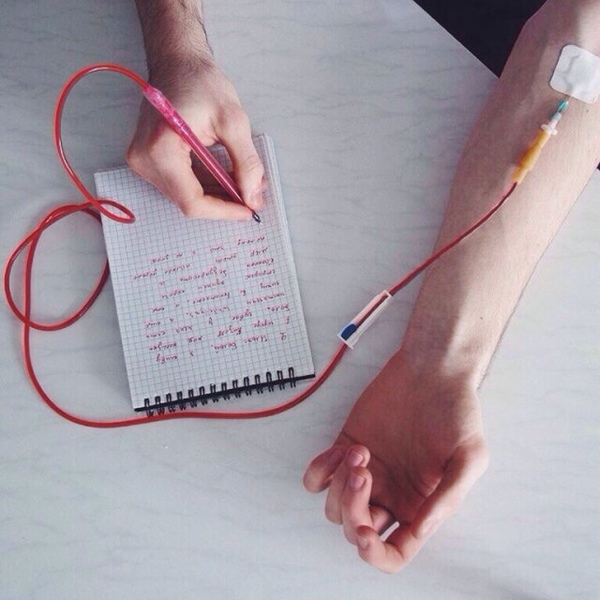 Manal
January 07, 2016
I've never thought myself as an actual human with a personality that contributes to society, but rather as a modifiable concept; as though inside this assembled body of flesh and bones, there's an unidentifiable dark cloud of haze that changes shape at regular intervals, meanwhile choosing which parts to permanently keep.
I believe, I am that unknown cloud of haze, and it's a mysterious puzzle I discover piece by piece every year.
Until I identify and settle the haze and complete the puzzle, I won't truly identify who it is I am. However, the way I see it, I'm an unhealthy bookworm, an amateur writer, a humanitarian, an aesthete of classical art, literature, poetry, history and theatrics, a serial killer enthusiast and a vegetarian. I'm a paradox, and I can't easily be defined; I lie somewhere between misanthropy and philanthropy, somewhere between cynicism and romance, between vulgarity and sophistication. I'm an unfathomable haze you'd lose yourself trying to understand, and once you think you do, the haze changes shape and the pieces reassemble back into the mess it naturally is. 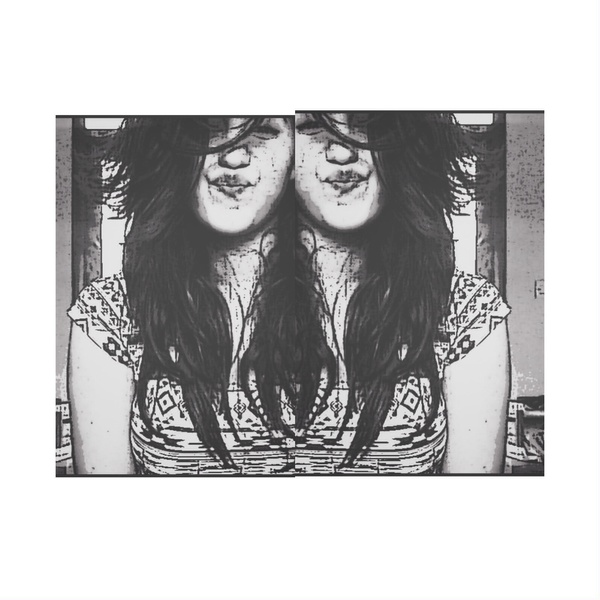 Simran Makkar
December 10, 2015
I wake up with a good attitude everyday Then idiots happen😪Offo first of all
Not chubyn its RUBYN
Not drishti its DRISHTY
Not Bingdam its SIMRAN MAKKAR
So well ,the people about whose life you've done so much research about,you dont even know their names properly.Matlab kya yr anon ?I dont get this "Main meri patni aur wo" theory😂.You must be an avid fan of saas bahu serials?Isnt it?But basically why are you so insecure mr/mrs anon?Are you suffering from misanthropy or what?Frankly,my dear youre not even worth the expenditure of air that it would take me to talk shit about you.So move along,please.And aah yes,im not single.I'm in a looong distance relationship because my boyfriend lives in the future.Oh wait thats bit too harsh I guess..Let me put a "lol" at the end of it.Lol.
8
0
Liked by: Aa♠️ Babbar Sunaina Dhawan Gurjyot Virk Gursaab Singh Bajwa 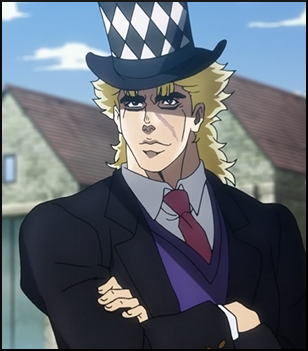 Bobduh
October 12, 2015
Nah, I don't think Kaiki and Hachiman really have all that much to learn from each other. Kaiki's settled into himself, and is comfortable with his specific kind of misanthropy - in conversations like that last one with Yotsugi before he goes to deceive Nadeko, he even makes bitter jokes about the events in his past he's still reliving and trying to revise with his current actions. He's secretly a bit of a softy, but not so much of one that he'd feel inclined to help a run-of-the-mill jaded teenager grow up. He /did/ con all those kids, after all, and the only reason he acts so consistently supportive of Kanbaru is that he loved her mother, and so feels a kind of familial fondness towards her as well. His fondness for Senjougahara is similar - her frankness reminds him of an instinct he once wanted to protect, that sense of "always looking like she's falling in love for the first time." Plus, he understands the main lesson of Monogatari - that people have to find their own ways towards a happier truth.On Hachiman's side, a jaded old man wearing a trench coat and talking about the inherent deception of conversation is not the sort of role model that kid needs. It's far more important for him to have people like Yui around him, people who basically inherently demonstrate the limits of his philosophy, and who push him to become more of a well-rounded and self-confident person. Hachiman has been directly told what his problems are many times, and on a certain level he understands them, but absorbing life lessons and growing as a person isn't a matter of big climactic moments that suddenly improve your situation - it's a matter of living every day, and slowly moving towards the person you want to become. Reliable friends who inspire you are a great way to accomplish that, cryptic jerks with mystical powers not so much.And I'm glad you like Zoe! I had a really great time writing her material, and am super fond of both her and Sean. THEY ARE GOOD KIDS.

3
0
Liked by: Berrychips Bristle Another Bystander 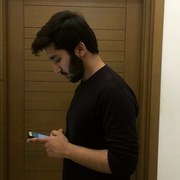 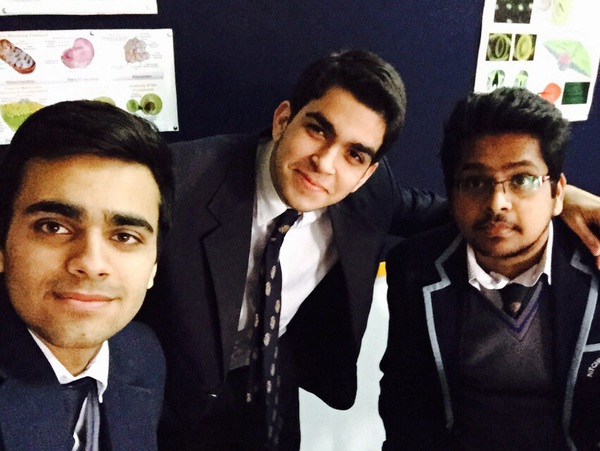 Raahem Burki
October 09, 2014
nope. tbh it actually cheers you up. im it telling from a personal experience of my own. those who think metal is all about misanthropy and nihilistic believes should fuck off to another planet
4
0
Liked by: Rameel Ajmal Sher Aysha Agha Musa Ali 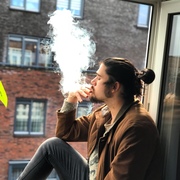 mai ibrahem el sha'arawy
June 25, 2014
Why are we ignoring the misanthropy part?...I know what u're saying and I know that no one ever truly dies,we just kinda move on....but the actuality of endings makes the act of doing some things a bit ....not worth it....and I don't wanna be a stooge conscripted to advance a natural order that will eventually just kill everyone....to get married and have children and teach them how to grow up so they could one day get married and have children so they'll teach them how to do the same ....etc for millions of years till
The sun decides to blow us all up? What's the point? I feel worthless....and here's a Fact this world is not real, the afterlife and your contributing actions are the only things that matter.
3
0
Liked by: Bakenaz Nada Ali Aya mansour 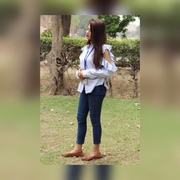 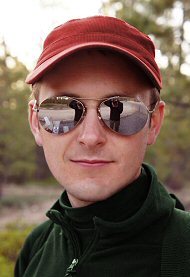 Simon Davies
January 23, 2014
Misanthropy is the general hatred or mistrust of the human race. Unfortunately I know a couple of people who I think I would place in that category. One of them I would definitely describe as introverted, but the other one is completely opposite to that and is very outgoing, but still hates everybody! They both seem to have "a chip on their shoulder" (sorry if English is not your first language, because that won't translate!) and behave as if the whole world is against them. Some of it I think comes from depression, but some of it also comes from a series of bad experiences that they have had, which has led to a general mistrust of people. It is probably a defence mechanism, to distance themselves from what they see as the source of all their problems.
4
0
Liked by: Tree Kangaroos Hella Cute, Yo Lujain 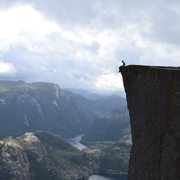 ♆ Create Memories ♆
January 23, 2014
I rather think misanthropy is introversion and anti-sociality combinded and then multiplied by ten xD ,, No, I believe misanthropy and introversion are two completely different things. Where misanthropy simply means a very strong dislike towards humans, introversion means that you perceive the world differently and don't need a lot of outside stimulation such as socializing. Introverts seem to recharge their energy through spending some time alone, unlike extraverts :$
10
0
Liked by: Thomas Beaton Charlie Weninger jacqueline FoOod is better than U Little Bird ➜ ΔMIИΞ ✅ Gheorghe Stanciu Faheem Nabi 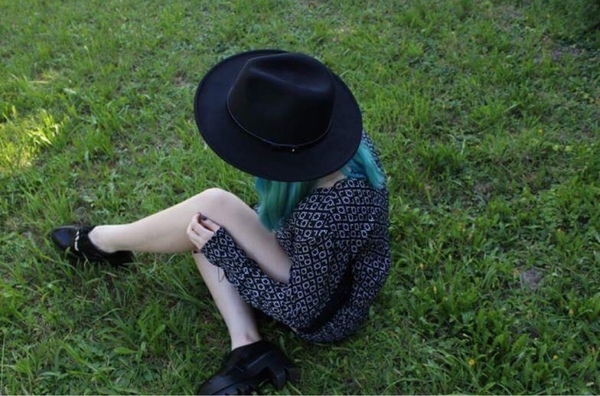 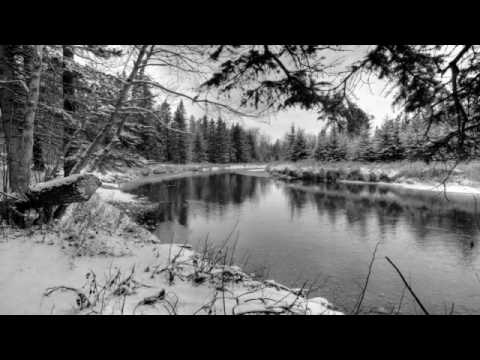 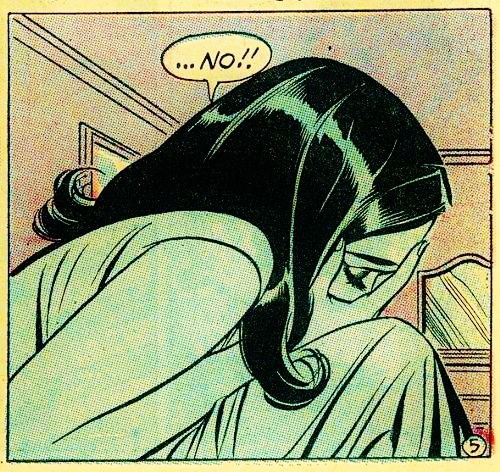 David K. Wayne
September 17, 2013
Cautious optimism, always. Misanthropy gets you nowhere, no matter what we twitter poseurs may like to claim.
4
0
Liked by: Matthijs Tom Gann Sam Kriss moomism 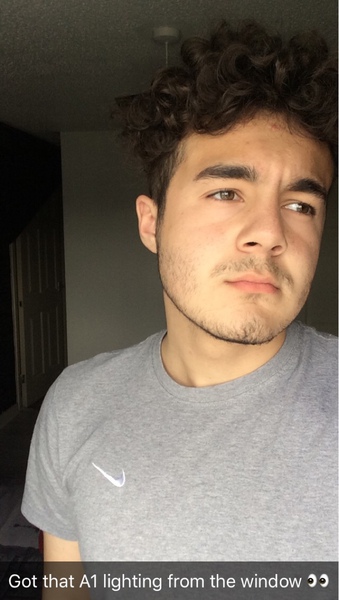 Cain
June 12, 2013
You are so smart! And is that about Katie?
5
0
Liked by: Steve Shepherd John Jackson Gregory Armstrong lewis sheldon