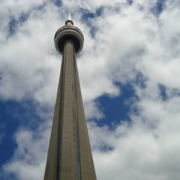 Eh?
12 minutes ago
I've always liked being around computers. I like technology as a whole, and find everything about them to be amazing. I don't know everything about technology, and never will. But the more I learn, the more I can improve on my skills. Like look at Assembler code for example. That is a hard language to code in. I bet most experienced programmers would struggle with Assembler. Not because they can't do it, but because it's way more intense to code at a low level like Assembler, than it is with C++. C++ is low level, but Assembler is even lower. With Assembler, you're literally coding on a computer instead of using an IDE. 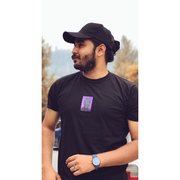 Fuzail
about 1 hour ago
If I had one wish it would be to go back in time starting with my college years, knowing what I know now. 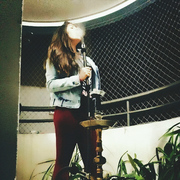 Fatima $ays
about 1 hour ago
I am already like a second mother to all my friends😂.I crib like a mother,I give beauty tips like a nani!

Aliya.
about 2 hours ago
Whenever I am angry or having a really bad time, I call my mom and calm myself, reminding myself that she’ll always be there for me.

Fatima $ays
about 2 hours ago
I am literally a collector or you can say kachrewali.Where ever I go I pick up anything just for memories.From childhood dolls,greeting cards,coffee beans from my fav cafe,currency notes,scarfs,cutlery etc etc.My room is overloaded with random stuff which I collected over all these years. Wine
about 2 hours ago
Take a deep breath, I know life can be really difficult at times but you will get through it, Like you always do. 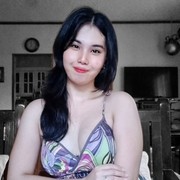 ❀ DANABELLA
about 3 hours ago
Ano ba~ nakapag move on na ko.😩 It's was really hard since I was the team captain. The bond we had every practice, tournament, scrimmage and rank game will always be precious to me but we have to part ways to grow more. It was hard to let go, really... but due to some issues from the clan, we need to disband. The experiences we had will be our stepping stone to expand more in the gaming world. I know one day we'll see and encounter each other in different teams as enemies but that won't change the moments and what we learned from each other especially the strategies to survive BattleRoyale to win. Invictus Gens Esports is now my home and where my heart is. I'm with my new team now and as the team captain again.💖 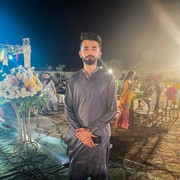 NAUMAN
about 3 hours ago
This dude that I know was really wearing a bright red colored shalwar kameez on eid. I kid you not!
And he looked okay too.
My mind=blown

•Stephi•
about 3 hours ago
I have a child. So, therefore to me, it’s unreasonable to think I’d be with someone who didn’t work. Not only financially but also as an example and role model to my son. I also wouldn’t be with someone who wasn’t kind and considerate to others. Once again, an example and role model. Looks are very important also in the equation too. TLDR: The whole dating scenario changes drastically when you have children.

Lucas
about 3 hours ago
My boyfriend and I stayed in the Balmoral in Edinburgh, Scotland and when I was drunk I ordered up a full breakfast, with 5 different types of fruit juice and tea and coffee for room service. That came to £80 for breakfast and the meal the night before came to £500. I wasn't the most popular the next morning when the bill had to be settled. Including the room price. I went on a trip to the Soviet Union in 1989. I was 20, most of my group were 15, 16, 17. At one meal they served very expensive caviar (back in USA this stuff was $80 an ounce) and the teens didn't want theirs. I must have eaten like $500 worth of caviar. New Years Eve dinner at the New York Grill, Park Hyatt Shinjuku, Tokyo. It's the bar/restaurant where Bill Murray and Scarlett Johanssen meet and hang out in Lost in Translation. 5 course meal plus drinks and champagne at midnight. Pretty sure we spent around $800 on a meal for two. Totally worth it.
My grandparents wanted to take me out for dinner a few weeks ago. My grandparents are the type of people who when we go out, they go all out. We went to some super fancy seafood restaurant. I always try to go cheap when someone else pays, my grandfather wouldnt allow this and ordered for me. My meal alone was around $100. Crab stuffed shrimp, crab chips, and a xl cold water lobster tail. Very delicious but very expensive.
This one time at a bar some friends and I went to in order to watch some hockey, we got dinner and some drinks. Some drinks turned into getting completely shit hammered. The waitress we had was phenomenal, never had an empty beer bucket, would complete all the stupid drink requests that our dumb drunk asses asked for, and was super fun to talk with. I’m usually a generous tipper, but my drunk self was extremely generous. I tipped her 100%, I think. That’s how shitty sports bar food and a fuckload of drinks became the most expensive meal I ever paid for.
I was once on a project with ~60 people from my firm. We were in Minneapolis, in the winter, and this project was not known for being a career-maker, so no one was thrilled to be there. One of the more social consultants was being rolled off and so we had a last-week dinner for him. Typically, this just means the different teams meet up at a slightly nicer than usual restaurant for dinner together (when you're on the road, every dinner is out somewhere, so this was mainly just convenience).
Several years ago, when money was somewhat more available than it is now, my wife and I ate at The Fat Duck, a three-Michelin star restaurant that at the time was considered by many to be the top restaurant in the world. It was around $1200 for the two of us. That doesn't include the cost of flying from the US to the UK (we did a few other things while we were there, including eating at Gordon Ramsey's flagship restaurant, but The Fat Duck was the reason for the trip). Stupidly expensive. Worth it? Yes, no question.

OK, so just Larry
about 4 hours ago
Haha request of my boss is 👉 Never come to me with the sentence "WE HAVE A PROBLEM" !!! You must start your speach with "I HAVE SOLUTION FOR THIS PROBLEM WHICH ACCIDENTALY HAS APPEARED" !!! 😂😂😂 ..... so my answer is IF THE SOLUTION WORKS, THE PROBLEM DISAPPEARES, BUT YES, IT WAS PROBLEM BEFORE 😅

Ａｍｏｒ
about 4 hours ago
I do have friends — I no longer have people who take advantage of me and those people were never my friends. I learned to set boundaries and the wrong people don't like. People dislike how honest I can be and that I don't apologize for the truth. I'm happy with my small circle, with the people who love me for I am and that's what matters.

Ahmed Imran Hashmi
about 5 hours ago
Different ages for different people. Some of my classfellows got married when they were sixteen and seventeen Ig. I'm twenty and I would get married next year, InshaAllah. So, it depends on the person.

Sadia
about 5 hours ago
Waiter bringing my food, baby yawning, a husband holding his wife hand, a little girl saying baba i want red lays things like that 😃 Hafsa Dar
about 6 hours ago
amm yum we had a dinner that went very well Alhamdulilah plus my nieces were with me for the very first time so yeah i was happy in fact more than happy :)

Talha Imtiaz
about 7 hours ago
It was like I was sitting there and someone was like my server is down and I was like no worries man you can leave it with me and he was like okay just update me when it's online and I was like sure and then I was like why am I working on Eid and then there was existential crisis like the black screen at end of the movie. Mehreen Minhas
about 7 hours ago
Hey guys look at me. I have shit in place of brains in my skull and to feel better about myself I've become a fitness freak and i put shit loads of filters on pictures oh and cherry on top : i also objectify and harass women online.
Dude, you belong to a mental asylum apni wajah sey sab mardon ko chutya nahin kehlwao please

Little Mix Poland
about 7 hours ago
'When I’m around my friends and family in my house and I’ve got my boyfriend there I’m the happiest person alive.' - Perrie.

No It’s Me
about 7 hours ago
That looks like the gay bar I go to when my friends want to meet up for drinks 😂 except no mechanical things, they do have a small stage for the drag shows! n_n

DovahMonah
about 8 hours ago
It varies. On a normal day probably like 5/10,but every so often one of my posts gets loads out of nowhere 😂 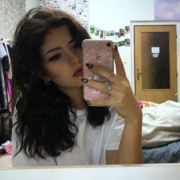 Andy ♥
about 9 hours ago
Thanks sis, that person is all over ask just being pretty stupid, don’t reply to them just block them Ossama
about 9 hours ago
I wish my name were Chris i mean if i were to make a list of the 10 hottest men on the face of the earth they'd all be Chrises. Why didn't my parents name me Chris? Life's not fair.P.S: no homo

Gerasim Milovidov
about 11 hours ago
Underneath the bridge
The tarp has sprung a leak
And the animals I've trapped
Have all become my pets
https://www.youtube.com/watch?v=1YhR5UfaAzM 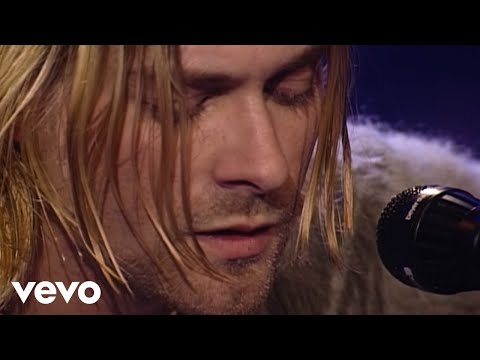 No It’s Me
about 11 hours ago
Young from where? Lmao my bday is less than a month away pls xD I’m practically a grandma o_o jk not really but STILL

Gerasim Milovidov
about 11 hours ago
Would you believe me when I do you
You're the queen of my heart
Please don't deceive me
when I hurt you
Just ain't the way it seems
https://www.youtube.com/watch?v=ZEh3mO9MPV0 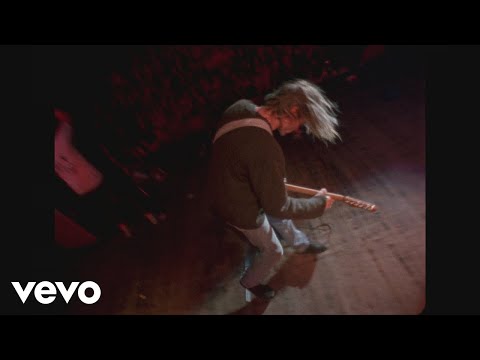 ʜᴀʀʟᴇʏ Ｆｒｅａｋｉｎ＇Qᴜɪɴɴ ❖
about 13 hours ago
Harley jolted back as he pulled her arm, an annoyed sigh leaving the jesters bright red lips. ❝ What? How bad your visit may be?? Well, that's not my problem! I'm just followin' orders my Puddin' told me! Or are ya talkin' about that kick? ❞