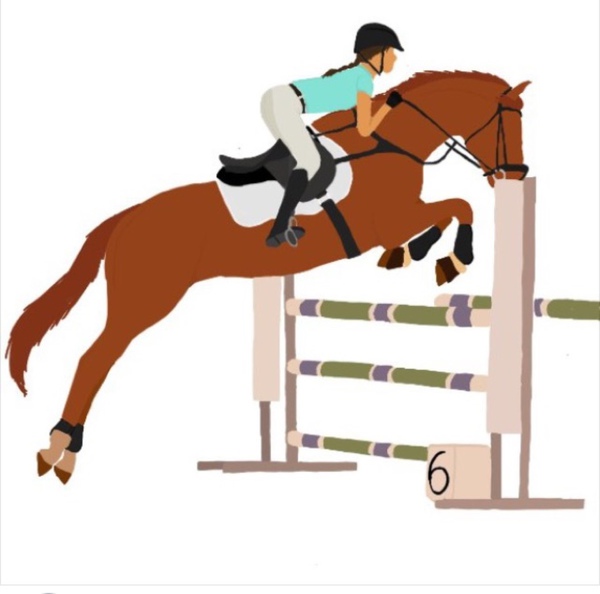 Sas
January 12, 2016
Yes defiantly! I personally don't really jump during the week, probably only about once if I need to. When you're doing your flat work, don't focus on his head. Focus on his rhythm, transitions, suppleness, impulsion etc. collection will come once he is working properly! 💕
3
0
Liked by: Sherry Jess Bethune 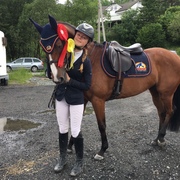 Therese Moser
April 21, 2015
Ok her poll isn't the highest place of her neck but that's not over bent omg
4
0
Liked by: Kaela Redmond Immi Ruckwood PumpkinPieMotherfuucker 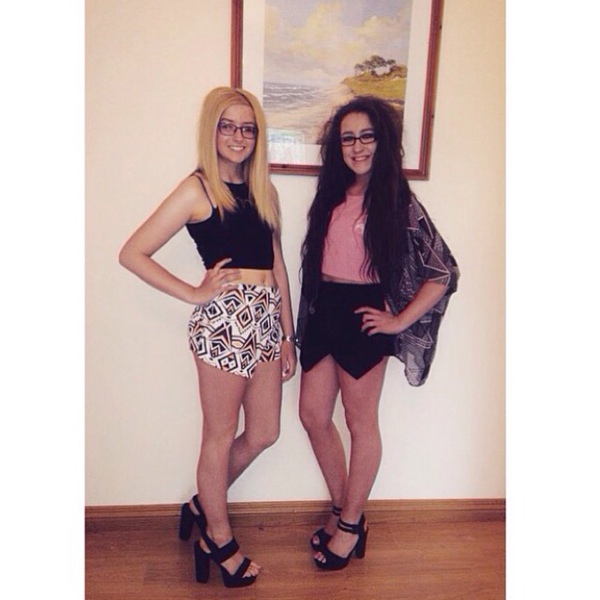 Lucy Steenson
March 18, 2015
Not making fun of them, simply saying they are no where near the standard of a showjumper which isn't 'sick' it's fact, I never said they were bad I'm just being realistic. Stop bringing me and my pony down to make yourself feel better and riding schools sound better. I'm so grateful for Ballyknock and I've said that numerous times which you can't seem to get into your small little head, I would never stoop low enough to tell someone their horse should die and tbh you're just pathetic and childish lol
3
0
Liked by: Anna darcy 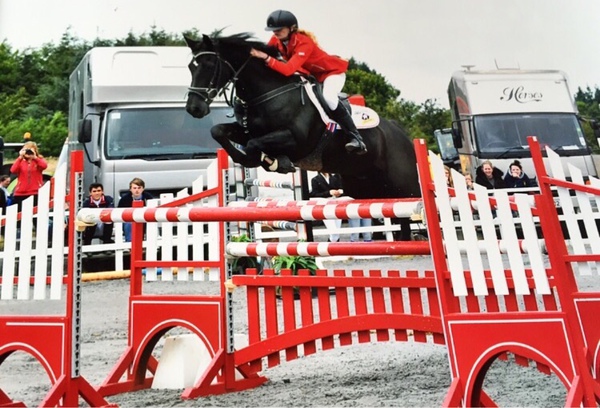 Kate Lewis
November 30, 2014
I'm sorry but if you'd like to try and find any competitions bigger than 1.10 around Yorkshire atm then please do let me know because we have to travel 3 hours to be able to do 1.20's and I'm lucky enough to have parents that will take me. If there was a 1.30 somewhere I'd do that, it's not that I don't think we're ready it's that there are no 1.30's around till the new year and I'm not just going to do 1 class after traveling 3 hours. So yea if you can find a pony showjumper right now then please let me know....
7
0
Liked by: F Ellie Mantel anya francis Sadie Elizabeth Laura Williams 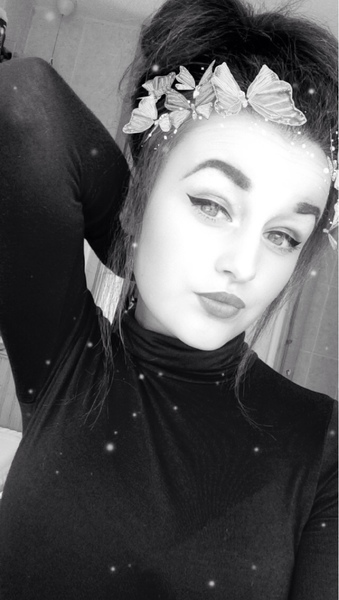 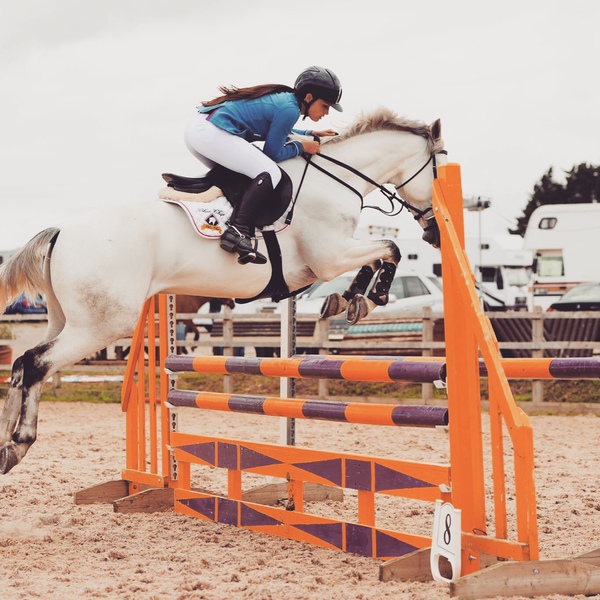 India Arikan
February 14, 2014
No I need a half pad, they don't look cool I needed one on him and I like to protect his back I hate not wearing one as it thumps on their back the saddle, he's got so much more muscle and it's so bloody tight and small we've had many people out, so a lady wanted it to try on her 138 showjumper and it wasn't big enough for that! let alone johnnie! I'm riding him in mojos saddle atm as fits better than his..
3
0 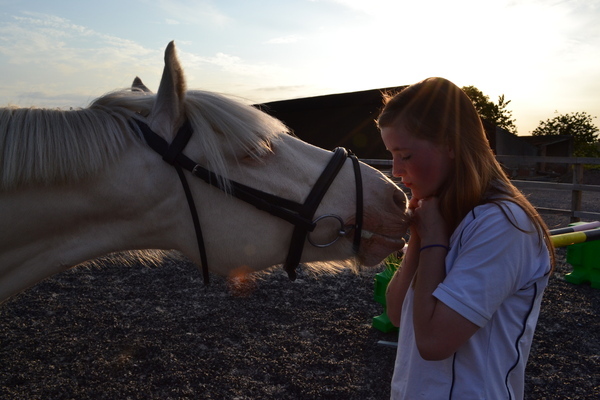 littlecreamconnemara
November 30, 2013
Actually I've only been to one, oo
I'm registered with BSJA, as is frankie - that makes me a registered showjumper! I compete showjumping regularly...
I'm also not giving him the day off, because he is my pony not yours, and I candy whatever i want with him. At cricklands he will be competing for 2/3 days running, so this is nothing compared to that!
Now shutup okay
10
0
Liked by: En Busca De Sonrisas Perdidas Emily Carpenter tasha yt apriljadeclarke Beca Kirkland Ros Kate Lewis Maddie Sargeant Anna and Rachel 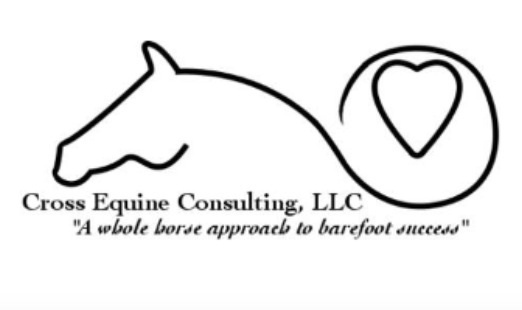 Cindy Valoura
November 09, 2013
Define high level? People do pretty remarkable things even without a bridle. It takes lots of training but it can be done. Even jumping a course. So why do you believe the same can not be done without a bit?
5
0
Liked by: rachel solari Julia Davis 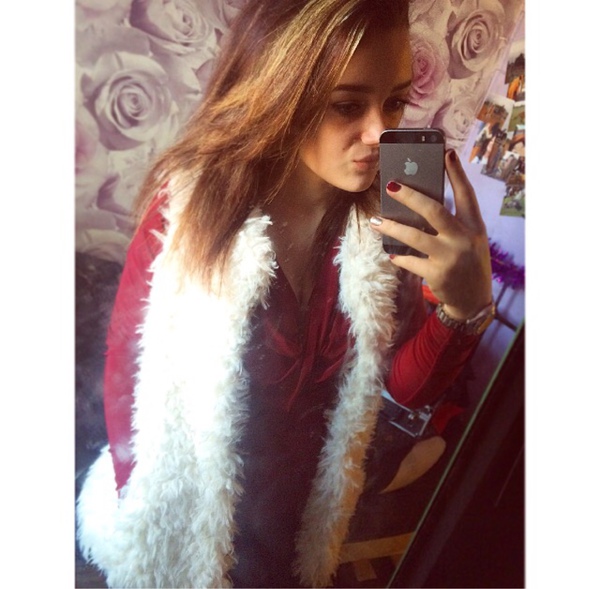 ✨Macauley~Leigh✨
October 27, 2013
Skye ain't a pony! OMFG OMFG ARE YOU BLIND?!:DDD
Who said I have to go into the REAL show jumping world? I didn't want to, I'm not going to jump like every single day! As high as possible just to show off, no just no. What's the point in comparing a professional showjumper to me? Or anyone else? That's just low.... Well clearly they're better than me as they practise every single day! It's funny but I can probably ride way better than you, and you're trying to say all that so you don't have to admit that you're jealous;) Don't worry! It's okay to be jealous:') You'll get there one day hunny<3333
3
0
Liked by: lauren:) apriljadeclarke 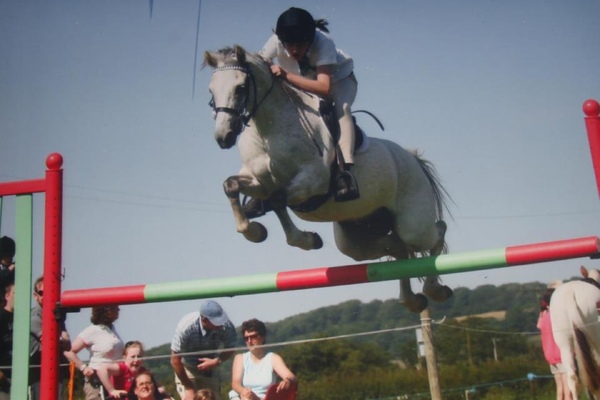 Helen
September 30, 2013
The heart to do itThat's all they need
No matter how they are built
It's wether they want to do it
5
0
Liked by: Liv Megan Wielding-Jones India Arikan

India Arikan
September 19, 2013
Phahaaahahahhahaha I'm actually laughing so much, you try find in words when I've ever said I want to be that? never, you'll never find it because I've never said that, don't try and come up with false reasons once again, Nero is 1) smaller 2) black 3) older 4) not the same breed , they are not alike , a showjumper doesn't have to be bad unless it's Nero.. so many showjumpers aren't like Nero and they still do massive heights:/ i never said I want johnnie like Nero because they aren't the same anyway.. mate , every outing I've been to I've been placed..... EVERY OUTING,;) just get that straight ahahh , he's never been lame so that's even more awkward for you!;) he's always sound always, he got his leg cut all down him and you expect him to gallop round jumping huge? he's sore , , that's lovely to hear:/ apart from I get placed and go clear on johnnie and I never had a clear round on mojo I love mojo so much and I love johnnie and tbh I think we get on really well.. 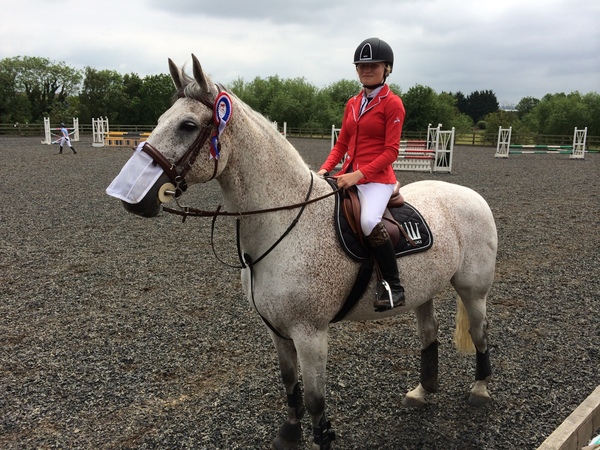 Ellie leadbetter
September 04, 2013
thank you Ellie, she does have a great feel and clear all fences by like a foot minimum ;-) yes she has shit flatwork but its coming, shes so much better than she was when i got her! silly people dont know a showjumper if they got hit by one in their face! hehe xx
3
0
Liked by: My name is Annie ok Ellie Leadbetter

✨Macauley~Leigh✨
August 26, 2013
Exactly;) So it's not exactly dressage-_- Dressage is basically dancing around the arena with all these fancy moves! And jumping there's only one move to learn!<3
3
0
Liked by: apriljadeclarke 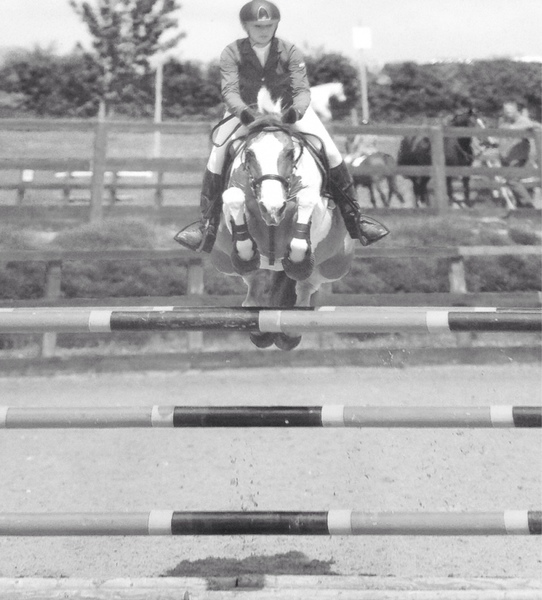 Laura Williams
August 20, 2013
Well a pony showjumper is 1.35 course, and that's 14.2's. so in the j/o it would be 1.40. So they could go higher as a single fence. But it depends on the pony. The ponies I have seen/know that jump pony showjumpers of the year are top class, they are some serious good ponies :o
5
0
Liked by: Martha Ellie Mantel Melissa Walker My name is Annie ok 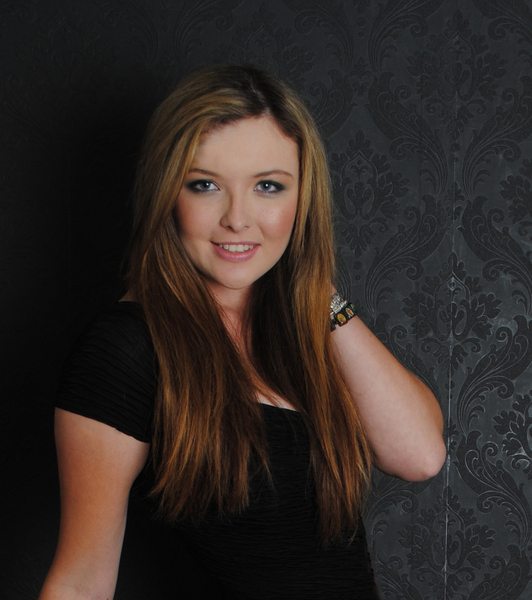 Sophii Ball
July 18, 2013
Not being funny but pony showjumper is 1.45 first round
5
0
Liked by: s a s k i a_✌️ India Arikan apriljadeclarke Hannah Myers

Sophii Ball
July 01, 2013
Um I think you'd find if you were wised up on the bsja world, ponies that jump pony showjumper classes go right away. They are like In a different league. They don't even need advertising. We've had someone wanting to buy him then and there, and got people who want first/second refusal. So he will be going for a hell of alot more than that
4
0
Liked by: Debbie Buckaroomare X Hannah Marie 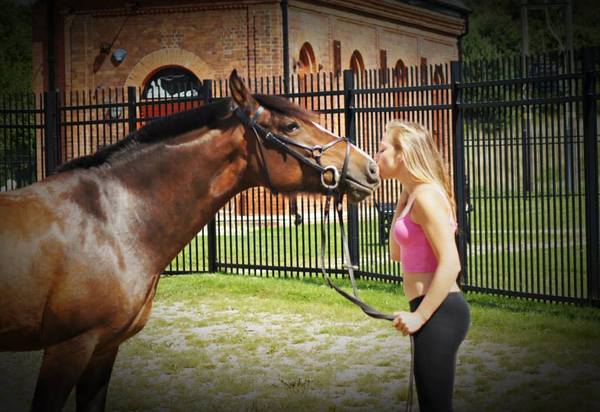 Katie✌️
June 12, 2013
awh thank you:') hmmm im not quite sure. I think itd be someone like Ellen Whittaker, Shes a famous showjumper. Id like to ask her how she got to where she is now as Id like to be an Olympic Showjumper one day:)!
3
0
Liked by: Tom Norman 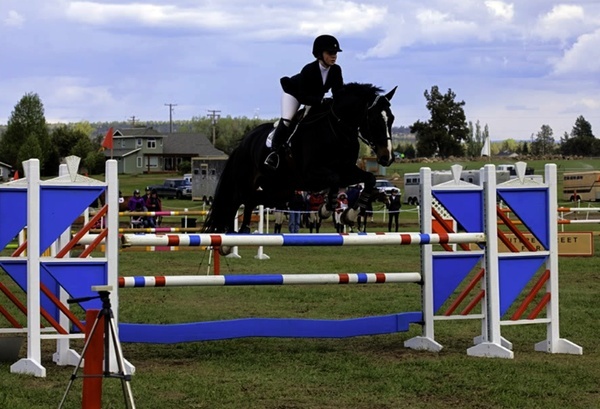 Sophii Ball
April 04, 2013
Ask to see a record and videos of it competing, ask if you can take him to a show also. When jumping lye your coat on the jump to see if the horse is spooky and ride like complete shit to see if the horse will help you out!
3
0
Liked by: Amber Cutting Rebecca Zerbone India Arikan

Therese Moser
March 21, 2013
Oh I wouldnt? Well I learnt to ride on problem and project horses and Conny's the first proper showjumper I have ridden in my whole life, before him it was all self trained and problem horses.
http://www.youtube.com/watch?v=HaTuVEKGnDs 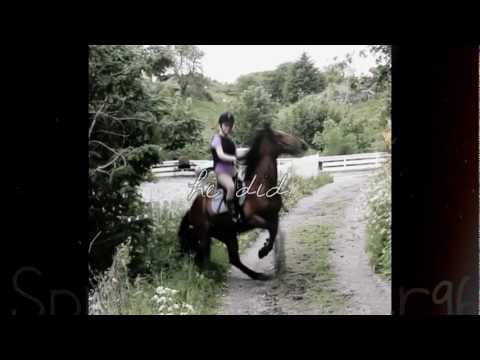 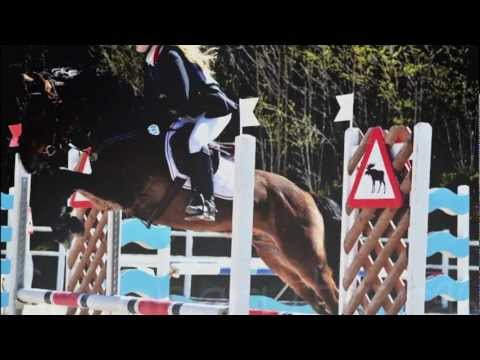 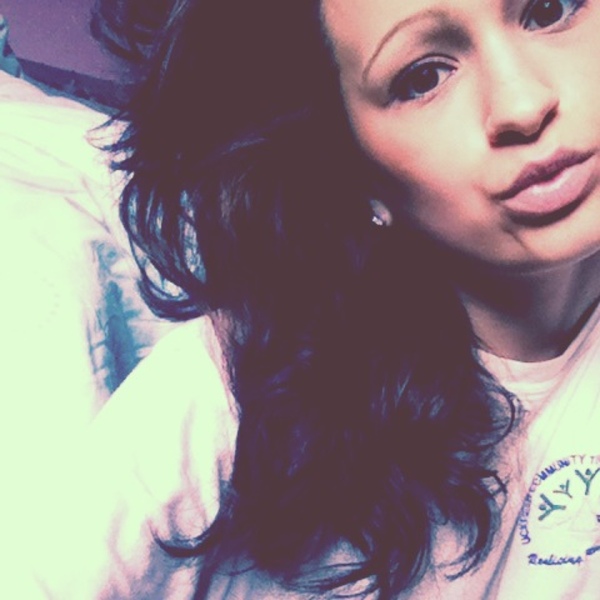 Helen Martin
January 29, 2013
pink
don't do them sorry
international showjumper or eventer (horses)
a perfect boy
joey off eastenders or joey Essex
don't have one
15
doubt it
mac miller best day ever
no idea
3
0
Liked by: Wez dick on your forehead 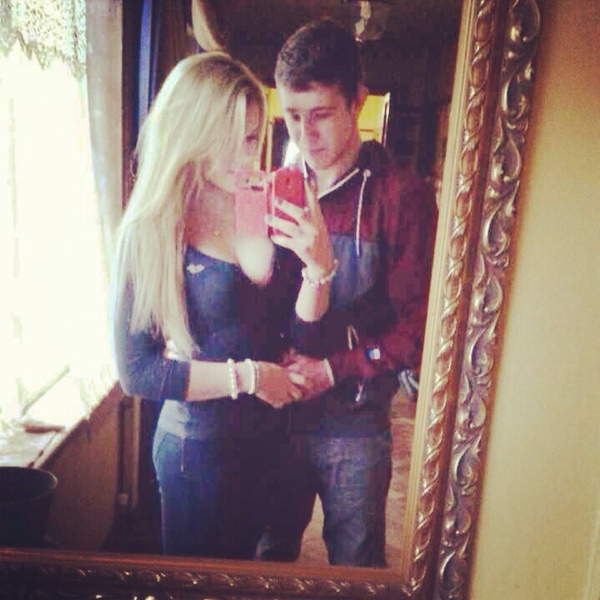 Harriet cooper
December 18, 2012
I think that if you want something in life you will give it everything you've got to make a success of it!
When I 16 I will go into a professional yard to work my way up like that because its always been a dream of mine to be a top ShowJumper ... I dropped out of school to dedicate my life to showjumping and I will do everything to make it work :D x
3
0