sxcp.official
about 14 hours ago
Learn empathy. Reach out with your energy and feel theirs. Feel what they’re feeling so much that you can almost hear their thoughts. Focus on them, not yourself. When you can do that, you’ll connect on such a deep level that they’ll start to be viewed as a part of yourself.
But only do so if it’s towards people you love and can trust. Others honestly aren’t entitled to that. Be careful of the rest of the world, and don’t let their opinions of you influence how you look at yourself.
-T

Noor
about 18 hours ago
Ofc disease. Thats why u goes to dr n he prescribe u antidepressants. Sadness is totally different from this .yeah u can get upset at anytime n its normal ,u know the reason behind it .but at depressiin point things are not in our control .u even get suicidal thoughts in this phase.

Lama Llama
about 23 hours ago
I was walking along a stream taking Fall pictures a few years ago when the world still had some sanity. I saw this leaf and immediately thought there is a poem here. Most people like to write poetry about past experiences and feelings. I like to write about things I hope might happen. Call it a future muse to use. Anyway please consider this a Thank You to the many incredible friends I have made here. You are all kind, caring, and supportive. You have made the Age of Rona bearable and in many cases really funny too! You are all great people. 👏👏👏

ĐØⱤł₳₦
yesterday
Боли ме **ра за чуждото мнение, или одобрение. They can all go to hell with their thoughts and desires, as far as I'm concerned. 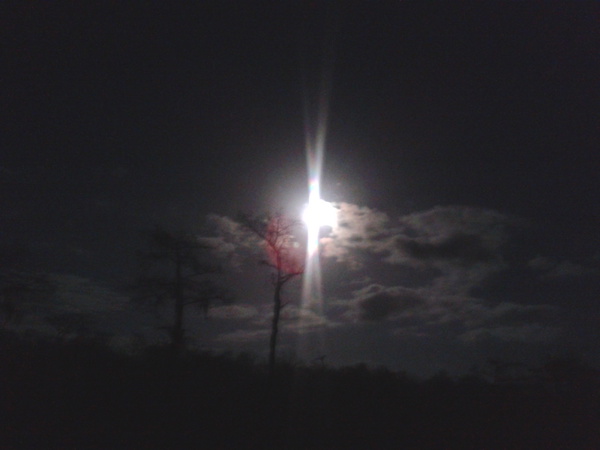 Robin Hood
yesterday
You know, I would never be the one to discard your feelings and thoughts. This world, this universe, is a magical place.
And life itself is magical. We use the term "Magic", because we don't understand some things. But yet, anything is possible. The Bible itself, says " There is nothing new under the sun. What will be has been, and what has been will be" Have your dreams. And think sweet loving thoughts, of those that passed on. For I am sure, in some way, they will know and understand. 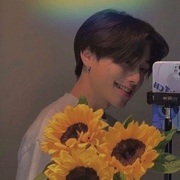 Shaireen
yesterday
Shucks shoutout's full of Qs about relationships. A lot of you guys are in love/heartbroken ah😳To answer your question, it's alright to be friends with them as long as you won’t cross the imaginary line :)

ahmed owka
yesterday
Yes perhaps, my definition of a charismatic person is a person who has a special style, "his words, clothes or jokes." ets..

Arslan Nazir
yesterday
Can you try me? Try me?
Once you put your pride aside
You can notify me, -fy me
You're the best I ever had
Baby girl, remind me, -mind me
Let me know if it's on
And you know where to find me, find me
Having thoughts you never had, yeah
🎶🚬 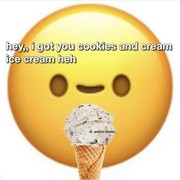 Joshua Gonzales
yesterday
My ex and I always talk even though we're not together anymore. I always forgot that we're once lovers every time I talk to her. As long as you're not hoping that he/she would fall in love with u again I don't see any problem. you'll probably be normal friends again.

ᵃʳᵗᶦˢᵗ ˢᵃᶦᵐ
yesterday
I expected so much that I unconsciously assumed that I've achieved that thing already. I got lost so much that I didn't realize about anything else. My mental health, my family, my purpose of life. The thing that I hate the most in this world in "Dependency". I gave my 70% of life to something & suddenly it disappeared. My soul really became empty in a blink. The words I'm saying right now hit differently to everyone. Due to this dependency & ultimate love, I did lose myself, I never valued myself, I damaged myself by crying for months, I made my family worried, I damaged my mental health. Even after losing, the healing process is very slow. I ask myself questions, I ask Allah, I wait & stay patient & convince myself that it is his decision but deep down, all these thoughts, all the memories, all the happiness, everything eats me.

Ayşe warraich
2 days ago
Forever is a lie
Isn't that most beautiful feelings.... Deep pain kills you from inside
Trying hard to get rid from all of things but I failed... Someone is hitting inside my mind it's shallow that wrinkles it with bluff thoughts 💯

Ayesha
2 days ago
Mum woke me up to ask about my parcels and what I've been buying... i don’t know myself, I've lost track at this point. 🤷‍♀️😅 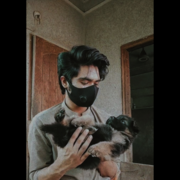 Abdul Ahad
3 days ago
not an anti feminst and well..we don't choose our parents, our blood group, body and ofc life..it belongs to the God above..and idts we can't go against his will by forgetting the fact that he owns us for the love he has for us which is eternal, unlike the world :/

Araiba
3 days ago
i haven’t seen the whole thing. And i don’t get why adults have to make idols out of children lol greta and malala don’t deserve the gas they’ve received

Doug
3 days ago
A number of people have been discussing “Inside” on FB.
It well confused me as there is a BBC show I’m watching called “Time” about a guy (Sean Bean) getting sent to gaol for the first time.
Because where I live “Inside” also means “prison”, I got confused thinking the Sean Bean programme was the one everyone was getting excited about (which I found odd because Time is a thoroughly depressing watch about prison bullying and extortion) and had got the two show titles mixed up.
Anyway, now I’ve worked out which show is which, no I don’t know Bo Burnham, nor have I seen “Inside” 😬🙂👍

حـنـيـن
3 days ago
I guess we all want a deep conversation with someone who wants to escape reality. Because we all talk. We talk daily. Maybe we lost the meaning of talking. I want to have a real conversation with someone about spirits, weird thoughts, afterlife and things that don't even exist. Except in our minds. I want to talk about anything else rather than the reality we live in.

Joanna
3 days ago
Okay so, I absolutely love Bo Burnham. He's one of my favourite comedians of all time and I have watched "Inside" four (FOUR!!!) times since it came out a couple of weeks ago. It is a freaking masterpiece, my dude.

Kittie Meow
3 days ago
Personally I don't see the point in buying branded clothes.
You can get clothes which look and feel just as good for less. (call me a cheap skate, I really don't care lol)But at the end of the day, why does it matter?
Why is being materialistic so important to you? I've never understood it lol. Personally I would much rather save my money and use it on what is important. Yeah clothes are great, but you can easily get clothes that make you feel amazing and confident without blowing a hole in the bank account. That's just what I think... but you do you. Just do me a favour? Don't talk down on people who don't have the same views as you. There's enough cr*p going on in the world. It doesn't need adding to.

Masha K
4 days ago
i don't care ? 🤷‍♀️ i just don't like politics at all what so ever 😂😂😂 it's so toxic and bad it doesn't matter who you are talking about meaning in politics it's just toxic

ديچـا .
4 days ago
little, My definition:- is personality that contains a lot of overwhelming presence and interaction and has positive and persuasive effect..he thinks well before speaking and therefore his speech's organized and valuable and contains a lot of depth and understanding until he finds who speaks with him a sense of depth within him.

Not a care in the world
4 days ago
Based on the most part of our society's way of thinking i dnt think i am charismatic though i was told by some that my character can have some weight to it ..
For me it many things like the contradictions for ex and it's measure in a character that can make it charming in a way .. on the other hand I must say that there r some turn offs too like any character that lacks compassion, empathy or any feelings of this sort is a complete turn off for me ..

Rubberductape
4 days ago
No no no, I've no ideas bout whom I'd like to meet. But for sure...I'll run backwards when I suddenly met this famous person, whoever person.
Oot, Cuz back then, I've ever met a famous singer actually, yearss ago, he was chilling on the beach w/ his gf or idk, I recognized him, he smiled at me and tbh my feet were shaking, unbelievable rly, on tv, you thought the dude was a babie bcuz he looked cute on tv *imho* & tbh he was talllerr omg, since I don't usually praise someone's other than the way someone's sing or dance etc, but lemme tell ya, the dude was so so so hansamuuuuu huweee 😱😱😭 the gf also cuteeeee huweeee 😱😱😭 I ran backwards bcuz yknow, started to have that kind of mass gathering outta nowhere. By looking at those event, I think it's stressful, it's like ppl tailing you wherever you go. I was just an ordinary person *till now hh*, at that moment just a passerby that wanted to buy coconut, but I could feel the pressure bruh. Me goes brr brr 🥶🥶 so scary, rly 😰😨😱 my other friend used to have a stalker, it was freaking me *as a listener* and her *as a victim* out alrdy, then these ppl actually breaching other's private live in a pack, them using sophisticated camera, if you did know bout telephoto lenses, I was like bruuuu yall not gonna catch some wildlife creatures photographs 😭😭 I was just watching from afar, watching these ppl hiding behind wall, bushes, climbing trees, were they ninjas or waht wtf 😱😭 I was like, thinking that kind of obsession is truly is scary things, I can pee on my own pants rly, I mean loving things too much is just too scary 😭😭 I'm crying for both of them, the artists and the stalkers 😱😱😭 but if I've to be honest, the stalkers were so so prettyy too, have postures like models, slender too 😮 I was thinking that, is it possible that another celebrity could be a stalker to another celebrity??? Hmmm 🤔🤔 That kind of thoughts rly bothers me hmm 🤔

Amen Qureshi
4 days ago
Yk when you’re with “that” person and you feel happy and calm as fuck and even if you’re having trouble with something or someone yet it feels as if it’s not that big of a deal and what matters in that moment is the moment with “that” person. And no its not in a romantic lovey dovey way, its in a comforting way.
Cause in that moment? Personally I feel acknowledged and so damn collected.
It’s like a free zone for my thoughts, my problems and everything negative or positive that resides in me.