November 01, 2015
Email theirate8@gmail.com
0
0
September 09, 2015
Many have suggested we find alternative and respectful methods of approaching administration. However, the people making these suggestions do not see behind the scenes. For years, we have made numerous humble approaches to administration. We have been ignored, passed over, and just given the "okie-doke". It was time for an alternative strategy, but putting pressure on the University from a PR perspective. It is easy to be overlooked or ignored when only a few people in a small board room can hold you accountable. However, it is harder to ignore a situation when hundreds of people are watching and waiting. As you can see from President Ono's recent posts on Instagram, and his communication with us (which you cannot see), we are supported by him. The line was drawn pretty crisply. We showed strength, we showed unity, we showed our passion, but we did not exhibit disrespect. President Ono was not called out of his name, is character was not attacked, nor his family, his position, his livelihood, or his appearance. That would have been disrespectful if we had done any of those things. We simply called for attention. However, this time we did not whisper, we shouted. As you can see from our video we circulated the following day, we love President Ono and this University. If you visit our website www.theirate8.com you will see in the video our response to the question: “Do you hate President Ono?” and "Do you hate UC". We do not hate either, and we do not aim to attack either, only promote growth. Dr. Ono's social media was chosen to direct our aims at because most other big decision makers at UC are not on social media and would not be affected or likely even know if a social media movement was happening. However, Dr. Ono is tapped into social media and could relay the message.

0
0
September 09, 2015
The hashtag #BlackLivesMatter (BLM) means just that, where #AllLivesMatter is being used only as a response to BLM. By using the hashtag we are in no way saying that all lives do not matter, we are focusing on Black lives specifically because although it is 2015 and we are making advancements towards equality we still have a long way to go. If you relate Black Lives Matter to the F*** Cancer campaign that may be a good way to understand. The F*** Cancer campaign's mission is to fight cancer by raising awareness and to educate about early cancer detection, ultimately putting an end to late stage cancer diagnosis. It is not stating that Multiple Sclerosis is not an important disease to research and fundraise towards efforts to stop. And you would not show up at it's programs or comment us it's social media campaigns saying that all diseases and infections matter. It is simply stating that those people think raising awareness and money to treat Cancer is important. For further understanding and another analogy we urge you to read the below articles which further explain the reason #BlackLivesMatter and #AllLivesMatter should not be interchangeable.

0
0
September 09, 2015
Absolutely. UC is an amazing school with fantastic programs. Our nursing school ranks nearly top 50 in the nation, and our online nursing programs are top 10 in the nation. #theIRATE8 could have chosen to go to other schools with higher percentages of black students or even HBCUs, however, the first and foremost reason we are here is for our education. When 6 year-old Ruby Bridges laced up her shoes the morning she went to school she knew what she was up against. She was going to be the first black student at an all white school. Protestors and white families lined the streets for miles and shouted at her, screamed, threw things at her, and one woman even brought a small wooden coffin with a black baby-doll in it. However, with her head held high, Ruby went to school. Because we ALL deserve the privilege of a quality education. Ruby did, and you do to.

0
0
September 09, 2015
Over the last several years similar versions of this movement have come together. Two years ago a group came together to put pressure on administration to support Dean Jackson. Dean Jackson was the Dean of McMicken Arts and Sciences, the largest college of UC. He was also black. A fellow faculty member drew racists cartoons of Dean Jackson and Carol-Tongue Mack and distributed them in buildings and in offices. However, since the person was tenured, UC would not fire him or release his name. Due to lack of support from UC, Dean Jackson resigned. Black student leadership united to call for administration to fire the individual who circulated the comics and support Dean Jackson. Five years ago, similar tactics were used to achieve the renovation of the African-American Cultural and Resource Center (AACRC) which had rats, mold, and pieces of ceiling falling down. A group of students collected and marched into offices of UC and demanded that the AACRC be renovated. I am sure you have heard that history repeats itself. And it has. Over and over since the beginning of time, but also over and over since UC integrated. History is again repeating itself, but we are hoping to make changes in the infrastructure of UC so that this can be the last time that history must repeat itself at UC concerning racial inequity.

1
0
Liked by: Connor Harris
September 09, 2015
Yes, incidents like this happen everyday, however that does not make it okay and that it what we are working to change. It is easy to become resigned with our situations, because they are so repetitive and hopeless. However, if all of our ancestors before us has said "What's the big deal about slavery, it happens everyday" or "Why worry about Jim Crow, it'll never change" 2015 would look very different indeed. We aim to keep progressing, because who knows what our future could look like if we have the courage to alter it.
0
0

This user hasn’t answered any questions yet
Ask @theirate8 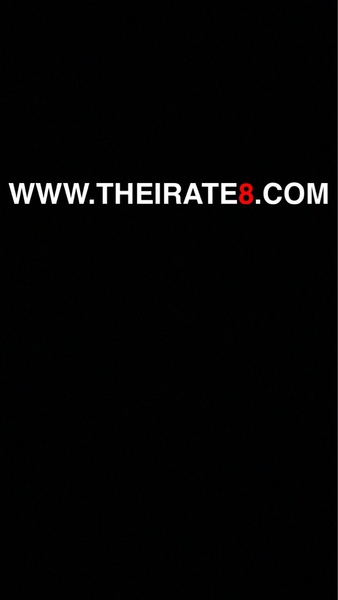