over 1 year ago
The saddest penguin in the world.

45
0
Forward the question
over 1 year ago
Hey ya!Fly home w the family, and pray no one gets sick!

1
0
Forward the question
over 1 year ago
This question is glorious.I am a horrible cook, so I would cook nothing. However, my wife, who is a wonderful cook, would make some Indian food, probably chicken korma and steamed rice. Why? Because it's my favorite thing she cooks and it's fucking delicious!

1
0
Forward the question
over 1 year ago
Yo! It's going OK. I definitely have a lot on my mind, but some good stuff happened today, so I'm trying to stay upbeat!

1
0
Forward the question
over 1 year ago
Once, I accidentally passed a stopped school bus. It was a crappy, two lane highway, very hilly, and I was tired from having driven for a long time. It was also dusk, which is the time of day during which I have the most trouble driving. The hill obscured my view a bit. I passed the bus. I probably should have pulled over and apologized to the parents. I was pretty young, and the whole situation freaked me out a bit. I was starting to slow down, but my friend says, "Just keep driving!" I do so.Unbeknownst to me, one of the kid's mothers decided to hop in her car and tail me. She calls local police, informs them of where I'm going, and keeps failing me until I get into police jurisdiction. Once they pull me over, I suppose she felt she had done her duty, so she split. The cops clearly did not like me. I was some young punk, wearing chains, having spiky hair...very suspicious, clearly a trouble maker in their fair town. So, they take it upon themselves to scare me. They verbally abuse me, asking me what I thought I was doing, yelling in my face about how I could have someone, which, to be fair, was true. I'm crying, apologizing. People are driving by, seeing me get screamed at. That's when they cuffed me. I really felt humiliated now. But, those officers were doing their job, stopping criminals. They threw me in the back of the car. No one read me my Miranda Rights. I watch a lot of Law & Order, so I noted this right away. The fucking handcuffs hurt. I'm having a panic attack, thinking my life is over because of something that happened in a split second.The officer made several stops before taking me into the police station. I don't remember what they were about. We finally got there, ascended some stone steps, walked into a shorty brown room, and he asked me to hand over my stuff. And I was like...for real? This is happening? I'm going to jail for a traffic violation!?Well, some good officer finally said it was enough. He uncuffed me, gave me my stuff, told me I would have to pay a fine. Just like that, it was over. I was in shock, so I didn't get the officer's name, but he deserves thanks for ending that bullshit. The only thing I learned from that experience was that police are mostly annoying-ass, power tripping motherfuckers. Rather than scare me straight, they turned an impressionable kid against them. That day planted seeds of distrust for law enforcement that were not there before. Great job shitbags!And that's how I got almost-arrested.

6
0
Forward the question
over 1 year ago
I'd be happy to Mr. Feez.First, though I do hold two masters degrees, no I am not a doctor. I hold neither an MD nor a PhD. There was a time in my life in which I very much wanted to get a PhD. One of my masters degrees is an MA in philosophy. I had it all planned out. It was my last semester, I was writing my thesis, I had a full time teaching position lined up. It was all going to work beautifully, but...then it didn't. There was a family tragedy that rocked my wife and I pretty hard. I withdrew from school, and, ultimately, the trajectory of my life was changed. It was all for the best, as I chose a new career path with more possibilities. I have a great, stable job, and I have the free time necessary to engage in weeb-ery. But, let me get back on track...OK. While pursuing my philosophy MA, I took a liking to medieval philosophy. One of the prominent thinkers in that arena was a man by the name of John Duns Scotus. If you're familiar with the phrase "dunce cap," it originated here because his followers were nicknamed Duns caps. Well, the Catholic Church bestowed titles on so many of the great medieval philosophers. Scotus received the title Doctor Subtilis aka The Subtle Doctor. I have to be up front, though, and admit that I am not well-versed in Scotus's philosophy (I spent much more time with Aquinas). I just thought the name sounded dope.

5
0
Forward the question
over 1 year ago
A picture of "Wikipedia:The Board Game!" because I kind of couldn't believe it existed. I couldn't help but picture a smarmy game show host, Wink Martindale type asking "Alright, for 200 points: Who was the famous tumblr post about that kicked off GG?" or "Which page has more views: Grumpy Cat or Doge?"

1
0
Forward the question
over 1 year ago
I've always been partial to both Noah and Graham. Alden is pretty good too.

1
0
Forward the question
over 1 year ago
You never know when grapefruit will turn on you...http://youtu.be/oWedkk3K2Q4 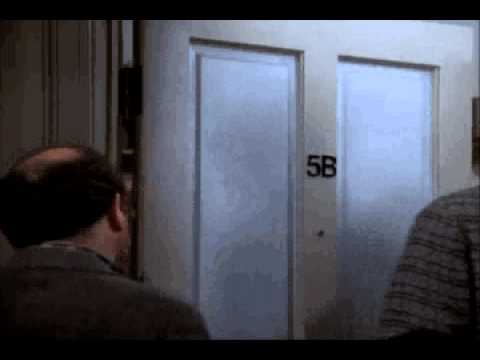 1
0
Forward the question
over 1 year ago

0
0
Forward the question
over 1 year ago
They say a picture is worth a thousand words. I'll bet this one of Asuka is worth about five thousand :).

0
0
Forward the question
over 1 year ago
This answer totally depends on where a person lives because when you go through one of these and everything turns out OK, they lose a lot of their ability to inspire fear. For me, it's earthquakes. I've never lived on the west coast, but I have lived in places with frequent tornadoes and quite a few big bad hurricanes. Even though there was some property damage a few of those times, I feel like I know what to expect and am mentally prepared for those storms. Quakes, I'd have no clue what to do!

0
0
Forward the question
over 1 year ago
Embrace is a strong word. It's more like whenever change comes around, I pretend I'm not at home, but really, me and fear are chillin' in the basement drinking PBR and playing Halo, with The Cure's Greatest Hits quietly on loop in the background.

0
0
Forward the question
over 1 year ago
"Jump Around" by House of Pain. The following couplet goes through my head at least once a week:Word to your moms, I came to drop bombs /
I got more rhymes than the Bible's got Psalms //

0
0
Forward the question
over 1 year ago
There are a ton of guys who aren't great and who know they aren't great. Typically, these guys are put in such minor and/or comedic roles on the show that it's easy enough to forgive their shortcomings as workers or talkers. Sometimes, though, you'll get a guy that looks the part but isn't. Yet, both he and management believe he is great. One such man is Bill Goldberg.Here is a guy with no character and no ring psychology that almost became as big as Stone Cold, one of the biggest and best stars in recent memory. The bookers deserve all the credit for how popular he got, but it also seemed like they were trying to book their fantasy MMA fighter rather than a pro wrestler. All Goldberg ever did was squash people. That's it. He'd come in, run off his moves, and end the match. Where's the fun in that? There's no room for suspense, for showcasing other talent during the match, for drama, for feuds...For people that hated it, it was super boring. For people that loved it, it only had a shelf life as long as he kept winning.Sure enough, once he lost, interest greatly diminished. Not sure the guy ever had a memorable feud or ever gave a great promo. I remember when WWE hired him in the early/mid 00s and expected him to have long, sustained matches that built compelling rivalries. He didn't last long.BUT THEN he had the audacity about complaining that people didn't understand "what made Goldberg special" and WWE couldn't grasp how to book him. So, Bill, the idea is to book you in this way that is unsustainable, never mind that it is totally different to how we book ALL the other talent? Yeah, other people are totally the problem here.

0
0
Forward the question
over 1 year ago
Uh, I haven't thought about it too much, but all seems well enough?

0
0
Forward the question
over 1 year ago
I think it'd have to be an overly-exaggerated action comedy that was also capable of supporting the occasional foray into darker tone and tenor. There's a lot of fun and humor in my life in general, especially right now; however, to accurately represent my life (or anyone's) in total, such a show would have to be able to say something about pain.

0
0
Forward the question
over 1 year ago
They're real. And they're SPECTACULAR.

0
0
Forward the question
over 1 year ago
Best movie featuring romance as an element:
Adolescence of Utena, with Macross F: Wings of Goodbye and Girl Who Leapt Through Time close behind.Best movie that is primarily a love story:
man, I don't watch just a ton of these...probably From Up On Poppy Hill? Any recommendations? What great anime romance films am I missing?

0
0
Forward the question
over 1 year ago
It may not be my "strangest" pet peeve, but this needs to be said. Adaptation. This is the word for a work of media that tell the story of another antecedent work of media, usually in a different format. When you pronounce it, it goes like this: "ad app TAY shun." It is NOT PRONOUNCED "ah DAPP shun." DON'T FORGET THE TAY GDI!

0
0
Forward the question
over 1 year ago
Lol, "my consort."She was a different kind of nerd than I when we first met. I was an anime, gamer, comic need. She was, like, someone who reads classic literature. So, when we were dating, I might be watching Cowboy Bebop while she read Henry James or Evelyn Waugh.However, I slowly worked my charms upon her and got her to watch stuff with me. She won't seek it out on her own, but she enjoys watching together. Off the top of my head, we have watched and enjoyed Escaflowne (TV series AND the movie; eat it suckers), Ruroni Kenshin, Galaxy Drifter Vifam, Castle of Cagliostro, From Up on Poppy Hill...many others I can't recall atm. Right now we are watching Samurai Champloo. She's super into it. I try to tweet about it.

0
0
Forward the question
over 1 year ago
It's true. I am a family man. My daughter is 5, my eldest son is 3 and my youngest is an infant.

0
0
Forward the question
over 1 year ago
Right now: a cold drinkDay: having a date with my wifeMonth: one of my kids receiving special recognition in school, or achieving a goal they have worked hard for

0
0
Forward the question
over 1 year ago
I need more of it animated. Like, yesterday pls.It's so goddamn addictive! Few shows leave me with no choice but to click the next episode button like Kaiji. The way entire episodes can be about a single dice roll, the insane, outsized manifestations of the characters' mental states...God that show is fun.