March 14, 2016
No. The birther mess already drove away his old friends and put him in a bubble full of people who were impressed by that sort of thing, so I'm assuming he's been plugged in with the white nationalist movement for at least three or four years now. I'm sure he knows what he's doing.
1
0
March 14, 2016
I think it's in our nature to always strive for more in some way, but it can be a very simple, low-stress way. When my grandmother reached the age/health level where she couldn't do much else, she still used to wait until she won a game of Solitaire every night before she went to bed; that was her project. We always need a project.
1
0
Liked by: Ailurophile
March 14, 2016
Yes. Trump is scaling back the actual rallies, but "lone wolf" terrorism connected to the Trump campaign—such as the vandalism at Northwestern, and possibly the triple murder in Milwaukee—seems to be increasing, and will increase no matter how things go from here. If Trump is denied the nomination, they'll be angry. If he wins the nomination and loses the presidency, they'll be angry. And if he becomes president, they'll either feel they can act with impunity, or find that they can't (which would, once again, make them angry). We saw this from the "Patriot" movement in the mid-1990s.None of this is actually election-driven—these folks were already white supremacist powderkegs before Trump emerged—but giving them false hope, and then dashing it, will not make them less violent.
2
0
Liked by: Judith Adanma Johnson 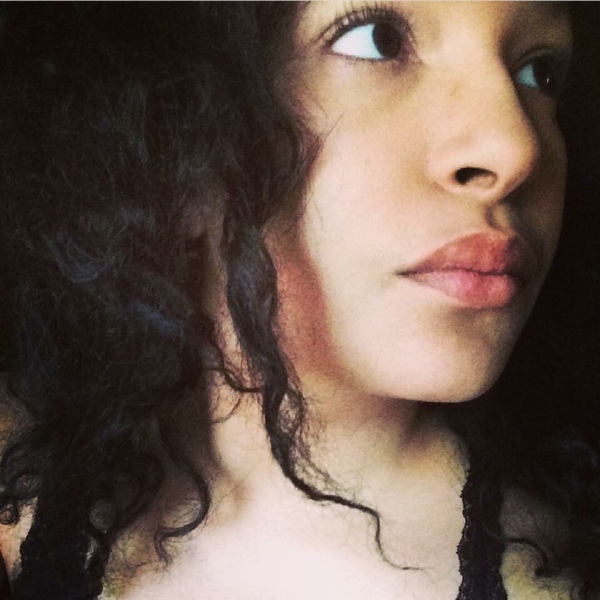 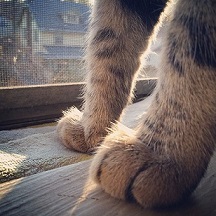 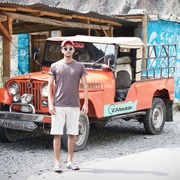 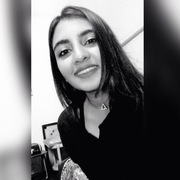 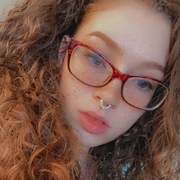 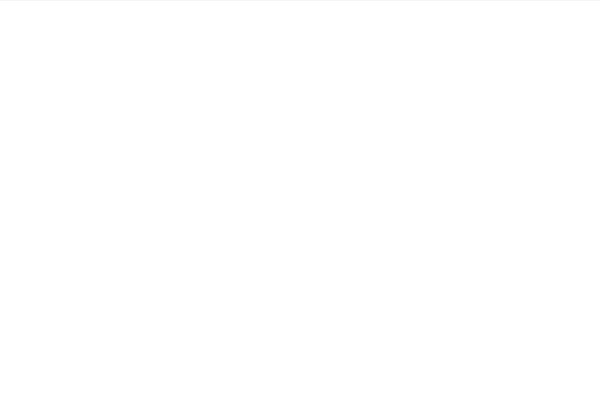 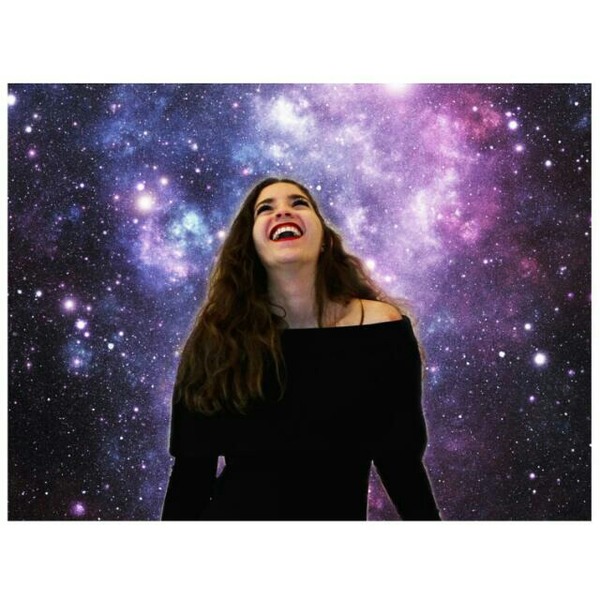 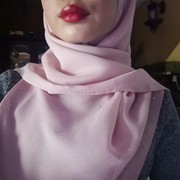 ànis
March 14, 2016
Having experienced both for prolonged-ish periods over the course of my life, it depends on the type of pain. A recurring itch is more distracting than constant and/or dull pain, but not as distracting as unpredictable and/or acute pain.
0
0
March 14, 2016
Much better than I cope in non-stressful situations. I become a leader during emergencies.
0
0
March 13, 2016
I think there are times when people with depression or anxiety just need a break from other people, and that's OK. Believing you can "fix" somebody's anxiety or depression just by talking things through with them is sort of like believing that you can fix appendicitis by MacGyvering an appendectomy with two paper clips and a rubber band. Therapy can teach you new coping skills; medication can correct a neurochemical imbalance; friends can be excellent sources of support and/or distraction, too, but they can't "fix" you. If someone insists on trying to the point where they're making things worse, you're well within your rights to get some distance on that person and make new friends who are more respectful of your personal boundaries.
3
0
Liked by: Aizaz khan Amen. lionessence
March 13, 2016
2
0
March 11, 2016
Death does not, on its own account, exist. Life is temporary, and death is what we call life's absence. Semantically speaking, all post-anything states are permanent—the period in which George H.W. Bush or Bill Clinton is no longer president is now permanent, the period after the Internet was invented is now permanent, and so on. These are all labels that, like death, we use to mark the time after a temporary event. And they are by character permanent—the post-WWII era will never end, because WWII will never happen again—but they are not the only permanent things because they are not, strictly speaking, things.That said, some traditions do find special meaning in these concepts. Some schools of Zen Buddhism, most notably those such as the Kyoto School that have incorporated European phenomenology. teach that Nothingness is sacred. There is a tradition in Christian thought, called negative or apophatic theology, that says you can arrive at an understanding of God only by acknowledging what he is not. So when you say death is the only thing that permanent (or entertain the idea) you are experimenting with some very old philosophical and religious concepts that you may enjoy exploring further.

3
0
Liked by: Sophie Pink 0
March 10, 2016
If the virus was known to be otherwise safe, I think I'd be OK considering it if I really wanted the body modification in question.
1
0
Liked by: Sophie Pink
March 10, 2016
I'm sorry. That sounds dreadful.If it happened in my apartment, I imagine I'd fight but it's hard to be sure. I usually prefer to avoid the risk of physical fights if possible.
1
0
Liked by: Sophie Pink
March 10, 2016
I find it shockingly easy to make acquaintances, but much harder to make (and keep) friends.
1
0
Liked by: Sophie Pink
March 10, 2016
Sadly, no.
1
0
Liked by: Sophie Pink
March 10, 2016
I think I'd be a little embarrassed, certainly. I'm vain and don't like to advertise my emotional crises outside of my immediate circle of friends and family. I'd change the subject humorously—"My mind is so fucked up right now." [oops] "In fact, there's no context to that statement. That's how fucked up it is."—and move on. I wouldn't open up about the details if I could help it. People have used that sort of thing against me in the past and I'm now very cautious about who I show my vulnerabilities to.
0
0
March 10, 2016
(1) Yes, and (2) that depends on who you ask.
0
0
March 10, 2016
A bottle of propranolol. Well, I guess at least I'll be calm.
0
0
March 04, 2016
I want to tell you something I realized the other night while watching Catfish: I've figured out why most people seem shallow when they're looking for people to date. It's not because the superficial stuff is all they want. It's because they're attracted to fantasies, and the less depth there is to a person and the more that person physically fits into the fantasy, the more they can convince themselves they're living it. Most people don't know what they want. So by the same token, people—most stereotypically women, but really men, too—pretend to be dumber, or at least less complicated, than they are when they're around people they might want to date, so as to be a better fit for other people's fantasies, and people in turn come to expect that, which makes them seem shallower. It's adaptive behavior. As people find more depth in each other, it ruins the fantasy for them and they either gradually fall in love with their significant others as they really are or they move on.Anyway, I recommend not thinking about the question in terms of intelligence because intelligence can manifest itself in so many different ways and it's easy to incorrectly assess someone's intelligence level. I'd focus instead on the things that interest you most, and then ask out the people who are interested in the same things, and see if any of them impress you with their intelligence. Don't be too hard on yourself if you're attracted to someone who initially doesn't seem intelligent, or claims not to be intelligent, or has a reputation for not being intelligent. You may be picking up on something other people miss.

5
0
Liked by: lionessence
March 04, 2016
I don't understand it. I don't think it's bad necessarily, I just don't feel like it's a writing style that I'm personally connecting with very well.
0
0
March 04, 2016
I don't aim to have happiness as my constant state of being. I don't think I would recognize it if it was.
0
0
March 04, 2016
It doesn't sound very true to life, to be honest. The idea that memories are only another form of dreaming is functionally solipsist, which is not a very common point of view to put it mildly, and anyone who claims every memory they've ever had is torturous is probably not telling the truth and certainly does not need to punctuate that point of view with an "of course."
0
0
March 04, 2016
It's probably never going to be justified in the mind of the person you betrayed, if they know about it, but there are some cases where the choice in front of you is not whether to betray someone but rather whom to betray. Betrayal is kind of like war, in other words. It's never exactly justified but there are times when the alternative is worse.
3
0
Liked by: Ghina Al-HalabiΔ lionessence
March 04, 2016
Definitely not.
0
0
March 04, 2016
I don't know, man. I feel selfish because I haven't been posting questions, but the ones that come to mind are crap. Mostly I use this site for "morning pages" when I'm in between writing other things and even questions from strangers can work really well for that purpose.
1
0
March 04, 2016
I have a soft spot for Lucida Grande.
0
0
March 04, 2016
You'd learn that while I post a lot of thoughtful abstract stuff on the Internet, most of my day-to-day is pretty mundane (and I like it that way). Today I bought a microwave because the old one busted, I checked up an invoice, we picked up some chicken wings, that sort of thing. When I wasn't busy doing something else, I played games on my iPhone and did a little tidying up around the house. I'm also writing an art history profile, and I posted some political thoughts on Facebook. Everybody only sees those last two things and imagines me sitting in a dusty study wearing a bathrobe and ascot and smoking a pipe and no, not really, not at all.
3
0
Liked by: ànis lionessence
March 03, 2016
I would say we probably have more sculptors now that at any point in history, but the same thing happened to sculpture that happened to painting—e.g., once photography was invented, the purpose of representational art changed—so talent doesn't stand out the way it used to, when a painting or sculpture really was the only way you could get a look at anything that wasn't actually in front of you.
1
0

This user hasn’t answered any questions yet
Ask @tomhead1978 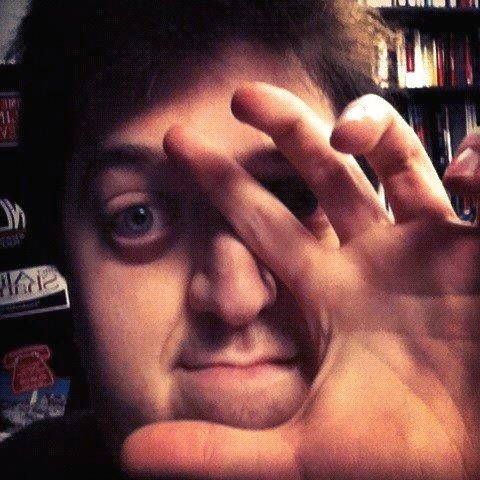