over 1 year ago
They can't spell werster =(

9
0
Forward the question
over 1 year ago
Sick of hearing about it, no interest, stupid

7
0
Forward the question
over 1 year ago
The world. The whole world.Pokemon, especially when I was growing up, was incredibly immersive. I didn't just play the games, and watch the show. I lived them.Part of that was due to the huge spectrum that Pokemon hit. They had the games, they had the show, the had the manga, and they had a plethora of side game that appealed to every single sense of your being to create a full and complete world. I've talked about them in the past in relation to this type of question, but I credit a lot of it to the Stadium games. You could watch the show, and truly believe in a living world. That by itself may not mean much, but then you play the games, and the world is all about you. And then you can transfer your work in that world into a complete stadium and see it in 3D models in front of your eyes. To a young lad growing up, that's pretty amazing emotionallyAnd, you may have gathered from this stream, the music. The music... sometimes it's just great music, sometimes it's about a message, sometimes it's hella corny, sometimes you just like it because it's incredibly bad, but it all has one thing in common. It makes you -feel- and very powerfully so in some cases as well. Just look at the reaction of everyone when the first season Pokemon theme came on. It is so powerful, it truly makes you believe that the world is there and exists.I'm a big ass pokemon fan, in my mind I can't imagine alone who likes the series more than I do. I remember a lot in high school I would sit in class just building teams in my notebook, writing down movesets and items and all the rest of it. But they weren't always to actually battle with in the games, no these were teams I would make to use for myself in the real world. I used to tell my mate all the time "I can't wait to battle Ash", and he'd just reply with "I know dude, me too". I'm not crazy, I have no delusions that the world is made-up, but the believability of the world through the emotional connection it gave is phenomenal. As a credit to it, to this day, the easiest and most common lucid dream I have is being entered in a Pokemon tournament and going through all the rounds and becoming the champion. The second easiest starts off with me leaving Pallet Town at the same time as Ash and Gary. And I keep repeating those dreams in slightly different ways too because I love them, they are not just easy but they are the absolute best too.To answer your question in one line, I don't like Pokemon. I love Pokemon.

7
0
Forward the question
over 1 year ago
Go cronikeys!

6
0
Forward the question
over 1 year ago
Different colours work for different girls, I don't really have an overall favourite

5
0
Forward the question
over 1 year ago
If you legitimately need me to answer this answer, remove yourself from the community now, I'm deadly serious

5
0
Forward the question
over 1 year ago
Son if I could be a girl for a day, I wouldn't waste a damn second online

5
0
Forward the question
over 1 year ago
You're gonna like this. Probability.

4
0
Forward the question
over 1 year ago
Banjo

4
0
Forward the question
over 1 year ago
Because they have n idea how to actually talk, and it's a failsafe to justify any line they post and not beat themselves up for being pathetic

4
0
Forward the question
over 1 year ago
My first girlfriend :(

3
0
Forward the question
over 1 year ago
lol

3
0
Forward the question
over 1 year ago
Uhh? I think you got the wrong ask, I'm not biinny

2
0
Forward the question
over 1 year ago
No I'm not going to watch, it doesn't interest me at all, it's just some stupid thing that people are like "look this is bad XD" that I've gotten 200 interactions on twitter and now like 20 questions here about. Kind of annoying

2
0
Forward the question
over 1 year ago
HAHAHAHA good ol tones, the first 100% degenerate of speedrunning. Good classic example of someone who just didn't belong in speedrunning and was just there for the money

2
0
Forward the question
over 1 year ago
Oh shit I knew I forgot about something! I actually shoudl've put Tooie on that list. Kazooie is zzz though

2
0
Forward the question
over 1 year ago
HELL. FUCKING. YES.This nigga knows what's up! And it's one of the things they are doing WORSE now, every cat and his fucking dog (yes, I know what I said) is getting every damn move under the sun. All these cool ass signature moves and abilities that made so many pokemon highly loveable just getting spread everywhere, and as such the effection for "bad" pokemon is going down.Example 1: Hitmonlee. Had obvious, perfect signature moves in Hi-Jump Kick and Jump Kick. Made perfect sense, it's the kicking Pokemon, and it's what made it charming. Now 14 Pokemon get High jump kick, and 8 get Jump Kick. Why? Oh because it's a cool move so let's spread it around. When in fact, that makes it a not cool move. As a result, any instance of Hitmonlee being seen as some kicking devil no longer has the same charm because other pokes can do that too, and it's not unique at all, despite it being all it does.Example 2: Heracross. This one obviously is one I know a lot about, but one of the huge reasons I fell in love with Heracross was because of Megahorn. It was one of the biggest things people wanted out of Gen 2, or at least I did. Bug was the only type that we knew about that was super effective against Psychic, and all of the moves had low power. All we needed was one move to actually hurt, and not only did we get one it was a monster, at a towering 120 with 85 accuracy, it was mammoth. And it wasn't the whole reason, but it was certainly part of why I love Heracross. Fast forward and now fucking ponies have this move. And fish, and Legendaries, and god damn Nidoking, why couldn't you do that shit back in Gen 1 when I needed you? That's infuriating! One last thing before I leave Heracross, but think of the move. "Megahorn" Let me give you the most up to date description of the move:"Using its tough and impressive horn, the user rams into the target with no letup."Ok, now tell me why this move is Bug Type. Other horn moves, Attack and Drill, are normal type, and there is nothing about the move that strikes as Bug. The only reason it is Bug type, is because it is used by a Bug, by Heracross. So why on earth do all these other fuckheads have the move? No cunts, step back, Heracross owns that shit, it's his technique, you aren't Heracross so go back to losing to PikachuThere are so many others... Paras with Spore, I bet you no one cares about him anymore now that Breloom gets it. Hitmonchan with Mach Punch (which btw I think was perfect, and I think there is way too much priority now...why does Conkeldurr get this it's fat as fuck cmon guys)Even Raticate with Super Fang, how cool was that back in the day? Oh nvm now Pachirisu gets it....With abilities, where they make an ability specifically for a pokemon, then end up giving it to another Pokemon for absolutely no reason. Lots of examples, I'll just give one. Plusle. Minun. Plus. Minus.All this leads to Pokemon being defined by stats + competitive movepool as unique charm slowly dies =(

2
0
Forward the question
over 1 year ago
Take a step back from yourself and read what you wrote in this question, then re-evaluate your life. You need to.

2
0
Forward the question
Next 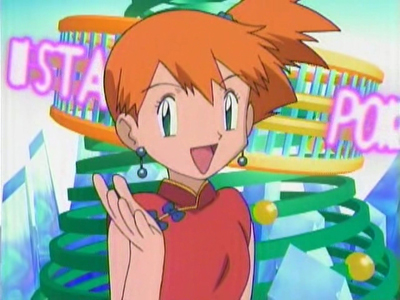