February 26, 2016
hey! last time i did guest comics i just sent out an ask on twitter for mutuals who wanted to contribute, wrote down them down and then closer to the date just asked the people who were available at the time. it's gonna be another... year, probably, until i ask for guest comics again, and if i do ask for guest art, it'll be on twitter. last round of guest art i literally tweeted once about it and got like 20 people who were interested, so it's sort of a blink and you'll miss it kind of thing. but the truth is, i prefer to do it with mutuals because i know them, and i want to share the art of my friends. who knows, in a years time i may feel different but it's a lot easier and comfortable to manage ppl im mutuals with or at least people who have talked to me person to person before.
1
0
Liked by: a bean
December 06, 2015
as someone who just added an additional name to their handle i say do whatever you want. I also don't think you should worry about changing or shortening your name if you like it, i honestly think if people really like your work it won't be a problem. i think pen names are a good idea so long as you really like what you come up with, and don't decide to drop it later. choosing your pen name is basically choosing your eternal branding.
0
0
December 06, 2015
Absolutely. Chapters 1-3 will be collected into the first volume once I finish chapter 3. However, I already have my hands full juggling Witchy and school as it is, so I can't promise it will be a fast process. also, just added that to the faq section of the witchy site.
0
0 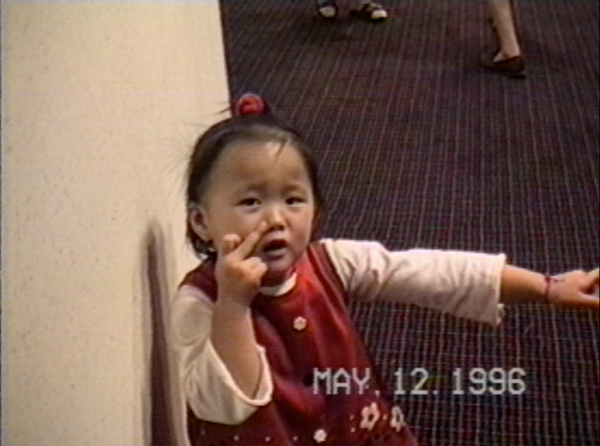 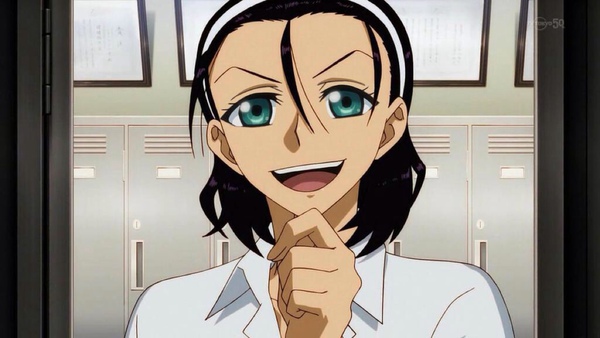 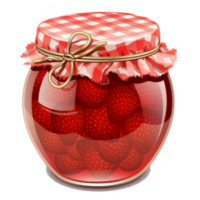 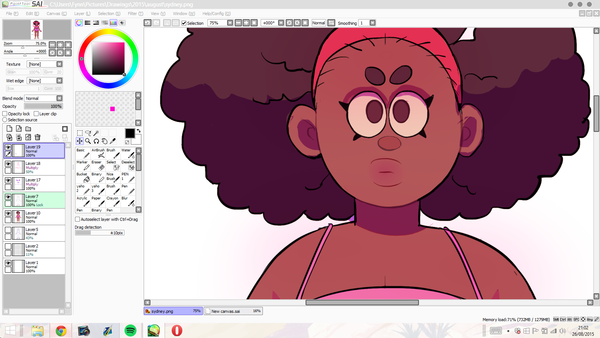 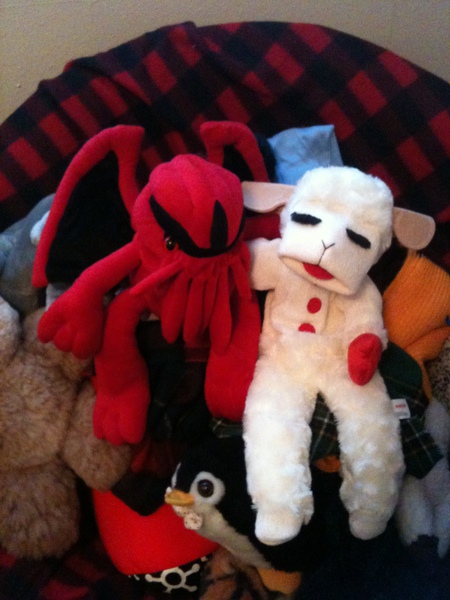 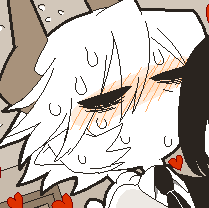 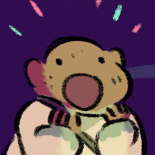 Gisele J
November 20, 2015
https://twitter.com/cousineggplant/status/667839404413685760/photo/1 here! it's kind of impossible to not become friends with batu tbh
1
0
Liked by: lemon flavored marshallow
November 20, 2015
less bizarre than one would assume (also it's prill, not prim!)
3
0
Liked by: Anšiel Ho lemon flavored marshallow a bean
November 19, 2015
5
0
Liked by: lemon flavored marshallow a bean pyrrhocoraxvondoom poop pls Jamly
November 19, 2015
https://twitter.com/cousineggplant/status/667461460038172672 ha ha i answered it here bc i couldnt put two images in a reply
2
0
Liked by: lemon flavored marshallow
November 19, 2015
0
0
November 19, 2015
decidedly Not Breezy
2
0
Liked by: a bean poop pls
November 19, 2015
((it feels cheap uploading this old picture from hey arnold jokes but also..))
1
0
Liked by: lemon flavored marshallow
September 14, 2015
i have been trying to make one for a really long time but im not good at maps. i do have to make it for the fourth chapter though, so, SOON
0
0
September 14, 2015
NO!!!!!!
4
0
Liked by: Anšiel Ho tan a bean Fishy
September 14, 2015
oh my god... i feel truly blessed... someone actually cares about ghost dust....UM ok ghost dust is a project i started when i was like 13 but has now evolved into something entirely different and i love it a lot. ghost dust was actually the project i envisaged as my ~magnum opus~ and i created witchy as a means to become good at comics before i tackled GD. witchy has since grown like twice the length of GD and just as meaningful to me so. yeah. sorry that's the least interesting thing about it.it's set in the future, where, during the migration of the human race to another planet something funky happened in the depths of space and a bunch of people got low level -powers- from a weird magical nebula
the main characters are a girl called Lallah who can't remember where she's been for the last 10 years, and an altruistic group of people with powers who stop other people with powers from doing bad things. Lallah has some weird powers going on which involve her turning into part dinosaur, part magical girl, and the story is about the fallout of those powers, and what happened in the 10 years she was asleep on an asteroid. it has robots, idols, artificial limb companies and a bunch of queer superheroes, and it sounds like a mess and you can absolutely see why i wanted to do a comic before i tried to tackle GD in a cohesive way.i like to describe it as a humanistic scifi space opera ft. magical girl naruto... it is potentially terrible but i think i can do it, if i try really hard

0
0
September 09, 2015
wait are you. reading my comic right now. you know that cutting hair is not a Done Thing right? also burning is a figure of speech. just a lil old joke on my part.
0
0
September 09, 2015
i mean, it's pretty clear witchy in particular is influenced by ghibli films. i also really love kairos, a french comic by ulysse malassagne, for it's representation of movement in a (mostly) static medium. I love humanistic stories like space brothers, ping pong, or works by naoki urasawa. also, a lot of my early influences include shonen manga like naruto, bleach, or full metal alchemist. i've definitely forgotten something here, but those are the ones that come to mind first!
0
0
September 09, 2015
Jaga is indian, Veda is afghan.
0
0
September 09, 2015
there's free, un-instructed life drawing on mondays and thursdays, but if you want classical drawing you're better off attending The Drawing Academy, which is part of TAW but not a part of the bachelor program. it's basically 9-4 figure drawing all week with some specialized drawing workshops (character design, etc) on the weekends.
0
0
September 09, 2015
nah burning is only reserved for dangerously long hair. otherwise it's just regular old witch jail (except, i guess, for special cases like nyneve.)
0
0
September 09, 2015
ha ha well... probably not until... next chapter.... which is about 20 pages away... and there's only other characters another 20 pages after that....
0
0
September 08, 2015
question 1: yes
all other questions: frikkin wait buddy
1
0
Liked by: Drew Bergen
September 08, 2015
australian trash
0
0
September 08, 2015
NO!!!!!!!
1
0
Liked by: Solara
September 08, 2015
don't worry about it, it doesnt bother me at all. i've said it before but everyone in witchy is basically queer, so there's that as far as orientations go. there are definitely characters that will appear in the comic that i'd define as ace or aro, but they probably won't appear for little a while, and i'd feel disingenuous parading them around as ~ace/aro representation~ considering they're probably all either secondary/tertiary characters. I do regret this! but there are a lot of romantic (and by insinuation, sexual) strings between a lot of the main characters, because i'm shipping trash. probably the only person in the main cast that's at least on the ace spectrum is nyneve, who I'd say is grey-ace, but not aromantic or "fully" asexual. also i hate that i have to add this as a disclaimer but i'm on the ace/aro spectrum, so.

1
0
Liked by: Shoshana B
September 08, 2015
no they're the highest form of humour
0
0
August 26, 2015
hooh boy... i am not the kid to ask about this... honestly my planning for witchy is pretty haphazard. i thumbnail the pages as a whole rather than storyboarding it or anything, and i like to thumbnail in chunks (preferably entire scenes at once) but the stuff that comes from thumbnailing is about 10% from a vague outline and 90% of what i've replayed over and over in my head, or just whatever comes organically while i'm thumbing. usually when i'm working on a scene, i'll know what's supposed to happen, but how exactly i execute that depends on what happens while im drawing. i usually thumb pages at least a week in advance of actually doing them, so i'll always tweak dialogue to sound more natural while i pencil the page itself. i really don't work off scripts unless it's dialogue i had in mind as the idea of the scene was developing.

This user hasn’t answered any questions yet
Ask @cousineggplant