February 21, 2015
Just think of the crushing regret you will feel if you die with the song still in you just because you got distracted by cat pictures on the internet. What a terrible, terrible joke that would be.
0
0
February 21, 2015
Just two planks to her platform:
- Nwo hwon gwo hwom
- DO bwully!!The common sense reform we've been waiting for!!
4
0
Liked by: ａｌｐａｃａ TwiceBorn Magical Minty
February 21, 2015
https://www.youtube.com/watch?v=4V4IEV8l-gA 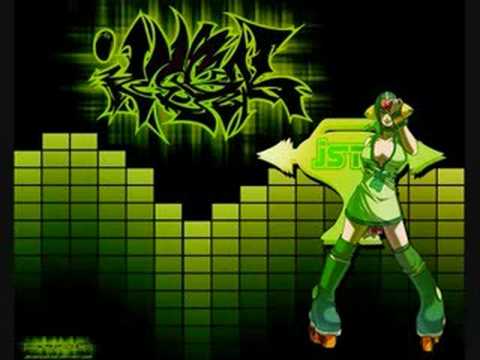 Saber Tank
February 21, 2015
1
0
Liked by: ａｌｐａｃａ
February 21, 2015
Seemed more like Twitch Plays Pokemon to me.
1
0
Liked by: Twitter NEET Symphony
February 21, 2015
3
0
Liked by: ruteger Twitter NEET Symphony TwiceBorn
February 21, 2015
Don't ask questions you don't want the answer to, anon...
1
0
Liked by: ａｌｐａｃａ
February 21, 2015
The office-lady version of herself!
3
0
Liked by: ａｌｐａｃａ Twitter NEET Symphony TwiceBorn
February 21, 2015
It's okay, anon. I better get used to it!
0
0
February 21, 2015
...
1
0
Liked by: Hat-chan
February 21, 2015
Thanks for the inside scoop.
0
0
February 21, 2015
I don't know, anon. What does love taste like? Tell me. ;~;
0
0
February 21, 2015
I'll take pictures of my next bakery haul. It may be a while though since I want to save up for that sweet PS4/Bloodborne action. =3=
0
0
February 21, 2015
Shit. The icing is terrible.
0
0
February 21, 2015
Just a badly drawn hand lifting up her robe. ;w;
1
0
Liked by: ａｌｐａｃａ
February 21, 2015
3
0
Liked by: ruteger Twitter NEET Symphony Chris Charabaruk
February 20, 2015
Thanks, anon! =w=mommnff mmmph mnnmn
0
0
February 20, 2015
Make sure you have a respectable degree and some indie projects to show off. A game design degree isn't worth much -- that'll only land you in the bottom of the pack and get you the least interesting work (unless you're a creative stand out like those Portal folks). You're far better off having a serious STEM degree and a portfolio of hobby games you've done on the side. This will also give you way to exit the industry if you decide it's not for you.A few tips for survival:
1) Manage expectations.Producing a game has all the quirks and problems of producing a piece of entertainment and a piece of software: divas, politics, marketing and money matters ruling in the meeting room, development hell, loss of creative focus, massive teams where you don't feel like you make any real contribution, work getting cut and dumped and changed for no other reason than a new suit at the top of the ladder needed to make some changes to justify his existence. And by the way, never expect any appreciation from the players. You won't get it.You have to enjoy the process of making games and get your satisfaction from that, because most of the time you won't be satisfied with the final product.2) Remember it's just a job -- don't burn outI've watched a lot of new guys come in and treat their projects like a work of art. They're excited, which is great, but they'll pour in 12 hours/day weekends and gain 40 pounds only to get their content cut and have their morale crushed. It's a job -- just a job. Unless you're with an exceptional crew and company, remember that. Work hard, play the political game and get that promotion, but don't kill yourself.3) Don't be afraid to strike out on your own
Most of the time you'll be a cog in a machine working on a project you're half-heartedly interested in. It'll probably be dumbed down to appeal to casuals and widen it's appeal and then be 90% modelled on the last big hit. If you're fine with that, mainstream games are for you. It's a good life -- you can earn 60-90k/year out of the door. But if you got into games to invent, then don't be afraid to go indie and take a risk while you're young. If it flops, you can always work for a company again (I met a few guys who did just that -- then they struck out on their own again).Well, there's more to say, but you should ask around and get other points of view. I'm never really happy as part of an organization, so my views on survival are heavily skewed by that fact. Hope that helps, though!