February 08, 2015
PLS B A RESPCT ON A CAEK
0
0
February 08, 2015
She's a hard-working cake who often gets mistaken for cheap twelve-for-a-dollar timbit due to her permanent heart-shaped pupils. She's not even thinking of romance. She wants to grow up and become an embodiment of hope and love!
2
0
Liked by: Artemi
February 08, 2015
Maybe the musclehorns could stand up to a normal Templar, but not a guardian... better to bite their lips and swallow their pride.
0
0

Saber Tank
February 08, 2015
She's still my a cutest and a best. One day she'll get the attention she deserves... one day...
0
0
February 08, 2015
Yes
0
0
February 08, 2015
Rarely, but it's been known to happen. Normally himehorn herds don't get so huge that they overlap territory, but when it happens they may end up fighting or merging into a super-herd. Unfortunately, both these situations are perilous and herds can easily collapse under the stress. Usually this knocks the numbers down to sustainable levels again.That said, there are stories of some long-lived super-herds with large cities carveds out of stone, but all that's long in the past. The himehorns of today will never again be so prosperous... not until the nohorns and goldhairs leave...
1
0
Liked by: True Beeliever
February 08, 2015
I mean a hereditary line!If they walked in a line and someone tripped that could be the end of the herd. One giant himehorn-kebab!
0
0
February 08, 2015
The himehorns of long ago didn't have the fear of the nohorn carved into their bodies... ... if there were a line of himehorns from those day still walking on the surface, it might be possible to interact with them.
0
0
February 08, 2015
More money than all her friends' boyfriends are making, and then more than you made last year and the year before! Keep buying her more cakes! Don't stop! Never stop!And don't forget to give her plenty of attention!
0
0
February 08, 2015
Just leave a trail of cakes from a cave entrance to box with a heavy lid. The hornmother will get scared and call for haremhorn and musclehorn help, but make no attempt to leave on her own.Be prepared to care for an emotionally scarred hornmother, though. She will not be happy. She might even stop laying eggs from the stress!
1
0
Liked by: Chris Charabaruk
February 08, 2015
They know that taking action against the nohorns would only bring further punishment... maybe one day they'll be able to stand up to the nohorns again, but for now there's nothing they can do but endure their shame...
0
0
February 08, 2015
Around 2001 or so I was writing Cardcaptor Sakura stories with Sakura and Tomoyo clones. An entire army of Sakura and Tomoyo clones! That's where the name Clone Army came from. Clone Manga was a branch of that original site. Tomoyo42's Room was named after Tomoyo clone #42-- one of the botched ones, obviously.
0
0
February 08, 2015
There's nothing else to do! That's me to a T!
0
0
February 08, 2015
Too bad! I'll bully them all...!
1
0
Liked by: TwiceBorn
February 08, 2015
They're almost scary.
3
0
Liked by: The Late Wendy Cooldown Artemi Magical Minty
February 08, 2015
Big grassy fields, tall trees, cold shallow streams with small fish, blue mountains that fill up the whole sky... they wake up from these dreams feeling a little sad and lonely. What is this place that appears in their dreams? The himehorns have forgotten... but maybe the snow will melt someday and... ... ...?
2
0
Liked by: True Beeliever Michael McCormick
February 07, 2015
What else would she wear? Her OL suit...?
2
0
Liked by: Artemi Hat-chan
February 07, 2015
A fate worse than death! Why even live?
0
0
February 07, 2015
https://www.youtube.com/watch?v=jZ6nF6JKtRc 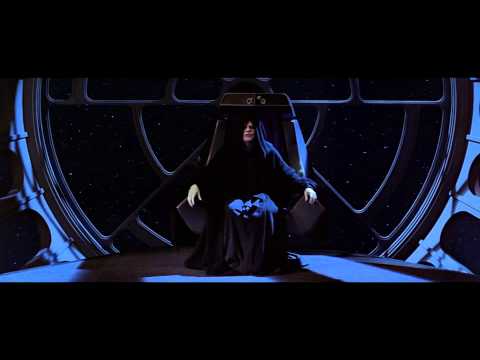