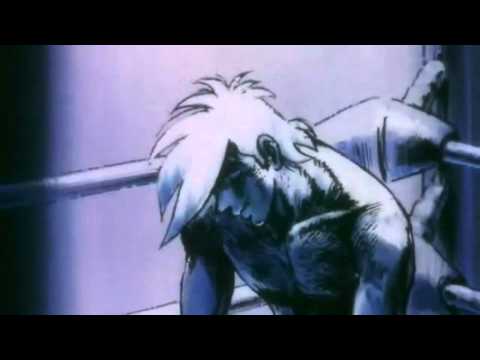 2
0
Liked by: Colored Mayhem Hat-chan
January 21, 2015
He gave us the prime of his life. Whatever happens next, I'll be thankful to moot for that.
5
0
Liked by: Ratman Chris Charabaruk Evil Steve
January 21, 2015
Jan 31st, all day all request drawstream! 2PM EST to whenever I fall asleep!
Mark your calendar!
1
0
Liked by: Evil Steve
January 21, 2015
A haremhorn would find them and chew them out if they ever tried. One by one the musclehorns would be force to kneel, endure the haremhorn's look of disapproval, and then be lead by the horn to a corner like a naughty child.
1
0
Liked by: Archival
January 21, 2015
She's already adopted!
0
0
January 21, 2015
W-what're you talking about? I'm sure Vicky and her bat will just pass through without causing any trouble and leave a couple cakes for her generous hosts at the cave exist. Y-yeah
0
0
January 21, 2015
Real answer: because I created them around the time I considered trying to find someone to settle down and have a family with. I'll have to be happy with my A Cutest and A Best, though. She's all I got.
0
0
January 21, 2015
For me, Cupcake is the winner.
You may prefer a more mature looking (or fuzzy) bottom and go with the bat. That is also acceptable.
0
0
January 21, 2015
Nope, the black robed himehorns are hornmothers.You can tell a young musclehorn and haremhorn apart by checking their muscle density, their facial expressions, and behaviour (haremhorns are affectionate and nurturing from the get go).The hornmothers are also flat as pancakes. The musclehorns and haremhorns get some chest early on.
1
0
Liked by: Colored Mayhem
January 21, 2015
Ab contest!
0
0
January 21, 2015
http://i.imgur.com/sWYjYjz.png?1Remember: their goal is not defeat counter arguments or propose concrete actions or futures, but to "smash the patriarchy". That means (roughly) reformatting the entire discursive landscape (roughly the power and knowledge structures we used to call "institutions" and "rationality") so that the intelligibility of any thought, any word, any concept, simply has to take the Capital-T truths of the oppressed for granted. This seems sensible from their point of view because (as they see it) the Capital-T truths of the oppressors are already there, all around us, in just this way.And since even the most sincere, open, honest talk is really just patriarchy-speak (the more rational and normal the speech, the more tightly such speech must be laced about the normative and semantic pillars of patriarchy-speak), you gotta create your own counter-discourse in which thoughts untainted by patriarchal truths can be expressed. Your job then is to undermine normal discourse with this revolutionary discourse. Once people are trapped in this new discourse they'll simply accept your ideals because all intelligible thoughts, truths, and actions will have their content furnished by those ideas. Feminism (or whatever its revolution gives birth to) will be as invisible and powerful as The Patriarchy. We will be new fish and that will be our new water. All this "check your privilege" stuff is, as they see it, an attempt to get the old fish to notice his water (and hate it).That's their justification for all this "hashtag activism", blogging, and hijacking comics, games, music, etc. by the way. It's trying to dump out the poisoned water and fill the pool with new water.It's a strange idea, but you can see why it gets a grip on people. It as all the fun of flogging yourself to the tune of proselyting messianic millennial religion (My eyes are open, I must awaken my brothers so that the oppressed will awaken to their group consciousness and one day bring about the glorious revolution which will overthrow the evil oppressor class to which I belong but against which I eternally rebel) with a complex theology and none of the responsibility (you're a perpetual victim if you protect the oppressed, of course, and you're under no obligation to perform the labour of justifying your claims in the terms of your oppressor's oppressive patriarchal language -- that just gives him more power and prevents him from seeing his water).What I think they get right is roughly what overlaps with a nominalist, functionalist, historicist -- that is, pragmatist view. Which isn't much. I think they have a demented view of knowledge, meaning, and human nature which just does not take us seriously as limited, evolved natural beings with a lot of tragic quirks. In any case, I don't pin my social hopes to these people.Anyway, at this point I just consider this one of humanity's many temporary madnesses -- i.e. business as normal.