May 19, 2015
Yeah, almost no one pays, but a few pay buttloads. South Park did a good episode on that.
1
0
Liked by: Attarou
May 19, 2015
This is another reason why game companies are moving to F2P and going after casuals... You can't pirate something that's free and the casuals aren't sophisticated enough (or inclined) to pirate... ;~;
3
0
Liked by: Twitter NEET Symphony Evil Steve Attarou
May 19, 2015
They'd be even bigger than the musclehorns (though far less numerous) and fight each other to the death for the right to mate with the hornmothers. A single survivor would pump endless amounts of hornjuice into each hornmother in a week-long mating frenzy before dying of exhaustion. The hornjuice would be stored in the hornmothers' bodies and continue to produce strong smallhorns for the herd.
1
0
Liked by: Evil Steve

Saber Tank
May 19, 2015
Hold hands with every a cutest on earth, dump them, block their numbers, and then settle down with a nice 2D waifu.
2
0
Liked by: Evil Steve Hat-chan
May 19, 2015
I had four wisdom teeth. I got 'em all removed at the same time (in highschool)... I took a lot of Tylenol 3! Ueheheh~ =3=
0
0
May 19, 2015
They're just delusional, self-important snobs. Let's ignore them. >: T
1
0
Liked by: Evil Steve
May 19, 2015
Don't forget Punipuni Poemi!
Anyway, love 'em all. If I had to choose, I'd go with Dai Mahou Touge.
1
0
Liked by: Attarou
May 19, 2015
It's exactly because they know they have a captive audience that they can do this. They know we weebs will still buy their stuff so they're free to try and widen their addressable market. That is, if I'm already going to buy it, putting one more dollar into pleasing me is a dollar lost if it doesn't get them closer to getting someone ELSE to buy it. That's just the way it is. : /
0
0
May 19, 2015
Okay, I read it.I think advocating space for the player's imagination is great, but there are a few (as I see it) errors in there:1. Just jumping in and making something only works for very small projects with low consequences for failure, a limited number of stakeholders, and low accountability.2. Related to 1: the stuff he hates in games is just due to big studios, big budgets, and market realities. That's it. Creating a stable ship based on imaginative genius is just not smart, and executives know it. What you want a product that is REPRODUCIBLE year on year by a interchangeable personnel. And that's what we have. Successful indie games are border case and luck plays a massive role.3. The whole thing against menus and text, etc. is terribly biased against certain kinds of games (management games, for example). Let's be clear: good design is design that solves the problem. Discounting text, menus, etc. because they're inherently non-aesthetic, fail to capture the imagination or don't "rock" is just mistaken. A menu can absolutely be all those things, but it's also a mistake to think that those goals are either necessary or virtues in and of themselves.4. Also a total mistake: taking "ordinary" written text and comparing it to a picture. First off, ordinary language use is not like artistic language -- the sort of thing that appears in a novel. Great poetry can stir the soul as well as anything. What he really should be doing is comparing oranges to oranges and compare two kinds of images: the suggestive and non-suggestive. But the difference there is just the same difference between ordinary language and artistic language.5. Surprisingly, it's actually THIS guy who is illiterate when it comes to video games. As much as I love mysterious, atmospheric adventure games, there are NOT THE ONLY KIND OF GAMES. People want different things, and that means different player values, and that mean different design values, processes, goals. Why should a puzzle game submit to the values expressed in this article? Or any other adventure game, for that matter? A game, in so much as it is a product of its creators vision, must obey its OWN internal logic, values, and so on. The ultimate irony is that is folks were to follows these rules, they EXACTLY BECOME background of regular usage this guy wants us to rebel against. That is, they would become exactly ordinary symbols, menus, text, etc. only with a different coat of paint.Anyway, I really hate this kind of buzzword-laden "think piece". I appreciate the general thrust (respect the player's imagination) but that's about it. Just more evidence that just because you can do an thing does not mean you can give a theory of it. 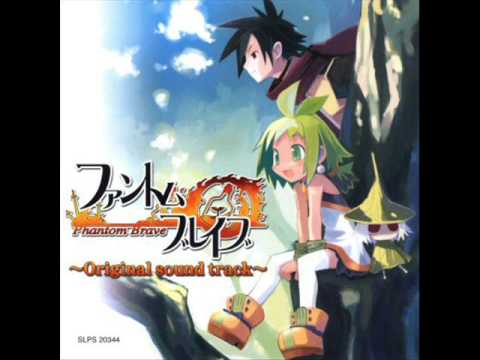