Saber Tank
July 01, 2014
She'll get her turn. =w=
0
0
July 01, 2014
I use xsplit -- I don't know enough about streaming or the software to say which is better than which in what situation, though.
0
0
July 01, 2014
Cupcake.
5
0
Liked by: ✿Jeremy✿ Artemi Twitter NEET Symphony Dimunsis
July 01, 2014
Massive recoil, shockwaves that interact with the environment, 'rocket-jumps', and it's possible to parry everything: projectiles, beam weapons, other blades, etc. However, the shockwave and gravity attacks can't actually kill enemies -- you need to use it to set up an opportunity to use your uncharged (physical only) blade attack.Example: flip a huge walking tank like an oversized turtle by getting underneath it and using a max-charged attack (a shockwave). Now you'll be able to walk on top of its belly (watch the legs) and stab it in the core with your normal attack.There may also be enemies that just can't be killed normally -- you'll need to trap them or push them off ledges using a bit of creativity... the gravity blade will be your way to interact with objects at a distance in these kinds of situations... 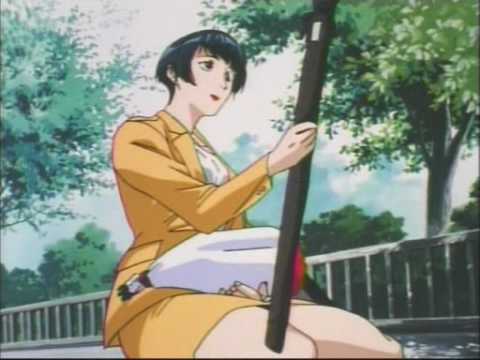 0
0
June 30, 2014
Th-thanks, mom.
0
0
June 30, 2014
S-stop it, Wendy! Decu is watching...!
2
0
Liked by: Fifty Shades of Decu The Late Wendy Cooldown
June 30, 2014
Give it a try with both sour and sweet pickles. Or try hot pickles. Not too thinly sliced. You may be surprised... or it may be exactly what you expect, ha ha ha.
0
0
June 30, 2014
Tomoyo42, HH, April & May (& June), NNN, PXI -- I don't think any of those were grimdark, sad, or depressing. Classic T42R was literally edgy teenage stuff, but lately it has stuff like Dakiko-chan. April & May was just sex comedy. NNN and PXI were artsy-fartsy vanity pieces.Anyway, you're welcome not to like the comics. There are plenty of reasons not to, though I honestly think that reasons are beside the point when it comes to taste. To me, the comics are like peanut butter and pickle sandwiches -- the're what I want to eat and restaurants aren't selling 'em, so I have to make 'em myself. No matter how hard I work at 'em, they're not really going to have wide appeal, I don't expect them to, and that's not really the point in the first place.
2
0
Liked by: Twitter NEET Symphony The Late Wendy Cooldown
June 30, 2014
Petty vanity. Your dedication should be to your work and admit no judge but itself.Oh, boo hoo, that guy has a better rock and better arms to push it with! Gosh, I wish I could push THAT rock! Shut up, your rock is right before you, that's the whole world right there. Everything you could move is right before you -- you could move /all that/ and you're looking elsewhere!
6
0
Liked by: Cordelia Valentine Lyn Twitter NEET Symphony The Late Wendy Cooldown Fifty Shades of Decu Hat-chan
June 30, 2014
Ok, cake it easy!
0
0
June 30, 2014
Depends what you want to do. Can't prescribe medicine without knowing the disease first.If you don't know what you want to do, start with figure drawing.
0
0
June 30, 2014
I can't answer the playtime question without giving away spoilers.Lore will be deepest and spookiest. No textdumps, environments and gameplay only. (for example, it may be possible to venture to the outer skin of The Tower and see something spooky... and you may notice certain things about the way day and night comes... and what lurks in the dark... and where do children really come from, anyway...? Who controls the builders? Where did the tower come from? Where does it go? What is the corruption? Why are enemies trying to capture children anyway? Why is 'that' at the top of the tower...?) And maybe if you don't climb the tower -- if you climb DOWN... well... who knows what you'll find...?
0
0
June 30, 2014
Hmm... that might be a bit much, I think. Maybe something like that could happen in levels, though -- builders may be breaking down a bridge in one place while putting one up somewhere else, for example...
0
0
June 30, 2014
I want there to be multiplayer and I'll design the maps and mechanics with that in mind, but the core single player experience will have to be built first. As a minimum I want dead mothers and daughters to appear as harvestable materials in other players' games -- or corrupted versions of abandoned daughters may appear as enemies in both your game and the games of others...There are other, more cosmetic touches I want to add, too -- like seeing another player far in the background, walking around, unreachable... ... you can use your sonar or light signals to gesture/communicate a bit and feel less alone. Maybe your daughter will gesture, too? It could also be quite heart-warming to see another 'campfire' far in the distance at night...
0
0
June 30, 2014
Mostly likely handmade blocks connected by randomized mega-rooms, but I'm not totally clear on this yet. In any case, you have to head up. By taking a lift, climbing a wall, catching a ride on a wandering Builder, blasting a hole through the Megastructure, working your way up through a series of corrupted factory pipes... just head up. There should be some sharp breaks in geography or specific "lift" stages to give a sense of progress, though -- (e.g. things are always getting more and more rainy, then colder and colder... then darker and darker until all you can see are the stars...) Always be climbing.
0
0